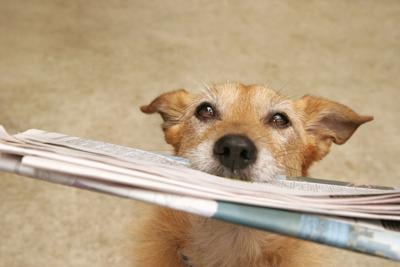 Lately my local newspaper, The News Dispatch, has been running a full-page ad in the kind of big block letters usually associated with cataclysmic events.  The letters are four inches high. SUPPORT LOCAL NEWS is what they spell.  This ad has been purchased by Google on behalf of a couple of nonprofits, the Local Media Association and the Local Media Consortium.

Local news, as those adamant letters suggest, is in crisis.  This isn’t one of those slow-motion affairs.  As Margaret Sullivan has written in The Atlantic, more than 2,100 newspapers have gone out of business in the past fifteen years.  During that time about half of all journalism jobs have disappeared.  Print advertising, the once-lucrative revenue source upon which newspapers relied has all but evaporated.

And all this happened before the pandemic hit.

My local paper is a case in point.  Back in the 1980’s, the News Dispatch had a newsroom and a staff of trained editors and reporters, some of whom had been with the paper for years.  It seemed like people in those days loved to hate the News Dispatch (“the News Disgrace” some called it).  But like it or not, the paper’s writers were out in the community, covering all manner of civic meetings and events, printing locally-focused editorials and opinion pieces and generally keeping something like a public conversation going.

I’m writing this on a Wednesday. Today’s paper, including that ad, is a total of ten pages.  There’s no editorial page and no sports section.  There is, however, coverage of the City Council, crime and COVID-19; a local fellow who wants to run for state senate and the Washington Park Zoo’s 5K fundraiser.  Add on a smatter of AP wire stories plus comics, a Crossword, the daily Horoscope, Today In History and the Weather and that’s it. You can skim the whole thing before your coffee gets cold.

The News Dispatch used to be a daily. But they cut Tuesday’s publication last year.  It used to be delivered.  But when that turned into an increasingly hit-or-miss proposition, they started sending the paper through the mail.  It’s a little like watching a pool of water evaporate on a hot day.

That said, we’ve kept our subscription. At almost $300 a year this admittedly feels more like a donation to a charitable cause than the purchase of a service — but a service is what it is. If Michigan City, LaPorte or any of the other communities in our region are to have anything like representative government we need the coverage the News Dispatch provides.  While social media, blogging and other forms of so-called citizen journalism can supply bits and pieces of information and opinion, only a newspaper is committed to the often grinding work of being at the Council meeting, the hearing or a meet the candidates forum.

My son works for a newspaper in Raleigh, North Carolina that was recently purchased by a hedge fund. He observed that as local news outlets contract or go out of business altogether, local politicians are granted a kind of field day.  Never have so few reporters been available to cover so many civic shenanigans.

In her piece in The Atlantic, Margaret Sullivan quotes Alexander Hamilton’s “Federalist 84.”  In it Hamilton asks how the people of Montgomery County in Maryland are to, “regulate their judgment of the conduct of their representatives in the State legislature,” when they can’t see what goes on in the state capital. He then cites “the public prints,” newspapers, in other words, as being crucial to the sustenance of representative government.

That’s why as long as the News Dispatch is still kicking, I’ll keep my subscription, make my donation, call it what you will.  Like a lot of things, I wish it were better.  That doesn’t mean I don’t need it.