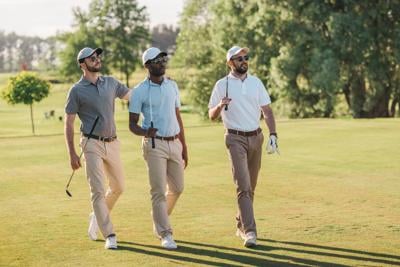 The crazed sounds of motors, engines and various battery-powered wands, blowers and whackers fill the air.  It’s like Mick Ronson’s pent-up guitar attack at the beginning of Bowie’s “Suffragette City.”  Outside my window, a bluejay looks from side to side, as if expecting an airborne freight train.

It’s summer.  And everyone who doesn’t live here has hired crews to come and improve the place.  This, I guess, is good.  It puts people to work.  And so, beginning at seven or thereabouts in the morning, the pickup trucks start rolling in.

It appears the pandemic is over.  That was then, this is now.  Nobody in the crews I’m seeing wears a mask.  As for social distancing?  Forget it.  The guys sweat and strain and pitch in the way guys will when there’s physical labor to be done.  Of course they’re working outdoors, so no problem, right?

Does anybody know what to make of things?  LaGrange County is a couple hours east of here.  Yesterday the health department there made wearing masks mandatory after seeing the number of coronavirus cases quadruple over the past 21 days.  It is one of just a few counties in Indiana to require masks; their hospitals are reportedly nearing capacity.

Meanwhile, out there in Tulsa, OK, President Trump is asking everyone who plans on attending his rally to sign a waiver holding he and his campaign harmless should anyone intent on making America great again walk away with a lung-eating case of COVID-19.

I am wary.  While it could turn out that the overwhelming majority of experts are wrong, that there won’t be a second wave or a surge or whatever and that we can all go back to trying on shoes at the outlet mall and getting into animated barroom conversations about pronouns — he? she? they?  The enthusiasm with which many of my fellow citizens have embraced “normalcy” seems, well, a little abnormal.

I’ve been playing golf with a friend of mine for a few weeks now.  Since we carry our bags and walk, this seems a relatively safe pastime.  We’re outdoors, one of us usually in the bushes, the other in some other form of hazard having more to do with mental anguish than contagious droplets.

We were impressed, at first, with the precautions our local course was taking.  There were no ball washers.  Electric carts were limited to one rider at a time. The cups were protected with plastic collars so you couldn’t reach into them and greens fees were paid over the phone.  The whole deal felt thought out for our protection.

All of this has changed.  Now everything’s, er, normal.  People ride side-side in carts. They pay in person. Retrieve balls by hand from a murky hole in the ground.  At least no one handed over a pen and asked us to sign a waiver.  Not yet, anyway.

I know this is supposed to be good news.  But it feels a little like the sound a power saw makes when it cuts through metal. It appears someone in my neighborhood is getting new gutters.  They’re taking care of their house.  I hope we are able to take care of each other.