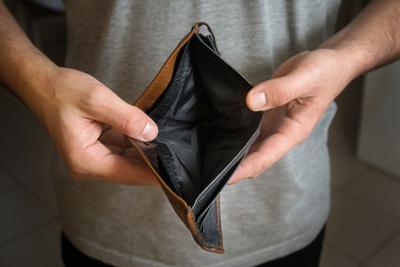 Owen Greene lives a quiet life in Southwestern Indiana. He’s learned not to challenge the opinions of his neighbors. Yet, this past week he called me with a question.

“Are wages lower in Indiana because our cost of living is lower than in the rest of America?” he asked.

“No!” I said in my most controlled manner. “Employers like to tell workers that’s the reason wages can be lower here than elsewhere, but that’s not the truth.”

“They’re not lying, Owen,” I said. “They just accept a popular fiction, an easy story to believe.”

“But it makes sense,” Owen insisted. “Worker’s won’t demand as much in wages, if the cost of living is low.”

“Owen,” I said. “Think for a moment. Except in very unusual circumstances, the boss tells you what the job pays. It’s rarely negotiated. You don’t like the offer, you think it’s too little, you take it or leave it.”

“Exactly,” I now agreed with him. “Renters and home buyers are price takers too, although there is often a ritual of negotiation in the latter case.

“How do you decide how much you’re willing to pay in rent or for the home you’d like to buy?” I asked and then answered. “You think about how much you can afford out of what you make. Your wages are the limiting factor on your housing costs.”

“Yeah, but ….” He tried to speak, but I went on. “Listen, the Bureau of Labor Statistics tells us that housing is about a third of consumer expenditures. And housing prices vary more from place to place than the prices for beer and pizza. It’s mainly housing that gives us the differences in cost of living figures.”

“But,” he objected. “In Chicago, housing is more expensive than in New Castle.”

Owen shook his head. “Look,” I said. “If you don’t have the money, you can’t get the goodies, or you get less of the goodies. That means smaller apartments and houses in Chicago than in New Castle for the same expenditure.”

“And why are wages lower in Indiana than elsewhere?” Owen wanted to know.

“Because what we trade with the rest of the nation and the world is worth less than what Chicago has to trade,” I said. “But that’s a story for another time.”