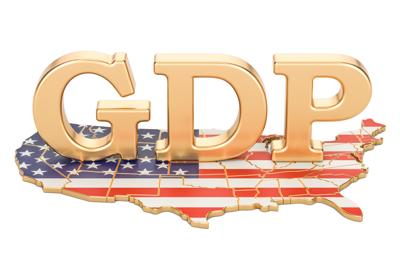 It’s that time of the year when college and professional football teams are into the big money portion of the season.

IU goes to a bowl game. The Colts and Bears do not go to the playoffs. There’s lots of money to be had from playing well enough in the regular season to gain access to the added revenue of these post-season extravaganzas.

How much of that money pot should go to the players and how much to the others who contribute to that success? Many believe it is the central questions of economics, “Who Gets What?”

It’s an important question, a moral question, if you will. But it is the secondary question behind, “How big is the pie we have to split?”

Both questions are important. That’s why, since late 1990, this column has urged readers to keep an “Eye on the Pie.” How the pie is cut is important and the bigger the pie, the more there is to cut.

At the national level we do a good job talking about the size and growth of the pie, of GDP (Gross Domestic Product). We have more trouble talking about how the pie is divided, the distributional question, often referred to as income inequality.

Here, in Indiana, we don’t do much thinking about the size of the pie. The GDP of Indiana and, thanks to new data from the U.S. Bureau of Economic Analysis, the GDP of each county, is largely ignored. We have vague ideas that new and expanding businesses, stimulated by bold Captains Marvel and Wonder Women, will do the trick.

The Hoosier pie, Indiana GDP, adjusted for inflation, (Real GDP), would be larger if we had a larger population. More hands to work also means more mouths to feed, a mixed blessing.

To take out the effect of population size, we divide Real GDP by population, which gives us Per Capita Real GDP, the abominably named PCRGDP.

In recent years, we’ve blamed workers and governments for our failure to grow more rapidly - - workers for their inadequate education and governments for their excessive regulation. It doesn’t cross our minds the problems are with the management of our resources by companies and not-for-profit enterprises. Our state and local economic development programs do not consider such possibilities.

Slow and easy may be the comfort zone for our business, organizational and governmental leaders. Is that true for the rest of us?