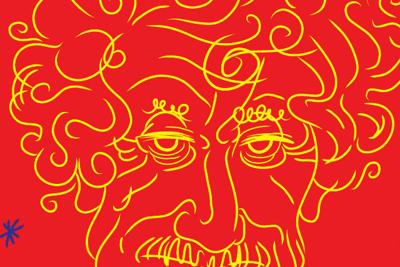 That’s the lesson I learned from working on a documentary about Kurt Vonnegut’s master work, “Slaughterhouse-Five: The Children’s Crusade.”

Kurt and I were friends during the last years of his life. We would get together for lunch or dinner several times a year, generally when business or a family visit took me to New York. We’d settle in at a quiet Italian place or a subdued French bistro in midtown Manhattan and spend a couple of nice hours drinking wine, eating good food, telling stories and swapping jokes.

We enjoyed each other’s company. Kurt, not surprisingly, was funnier than I was (or am), so I got the better end of the deal.

We also discussed politics and public life in those days of George W. Bush’s America. Kurt’s insights, also not surprisingly, were sharp, penetrating and even biting. I learned a lot from him.

We didn’t talk much about personal matters. I never asked him about his childhood, about the downturn in his birth family’s fortunes during the Great Depression. I also didn’t inquire about his mother’s death – which Kurt believed was by suicide – on Mother’s Day, 1944.

Nor did I ask Kurt about his war experience, about his time as a POW when the allies bombed Dresden and he had to cart dead bodies by the hundred to mass graves. I never asked about what he saw, what he did or what was done to him. I never talked with him about how he suffered.

I regret that now.

I suspect that, if we could have talked about those things, he would have taught me even more than he did.

Dr. Mark Vonnegut, Kurt’s son, and Sidney Offit, Kurt’s best friend, told me as we researched the documentary about the ways that writing helped Kurt cope with the trauma that tormented him.

Mark explained that the therapy for combat veterans struggling with post-traumatic stress disorder – PTSD – is to tell their stories to other vets. By writing about his own experience, Kurt was doing more than creating a masterpiece of modern literature.

He was trying to heal himself.

“I think without writing and without the arts, he would have been just another screwed-up vet,” Mark said.

Offit said there was no way Kurt could have experienced what he did without “being scarred for life.” He said there was something heroic about the way his friend took on one of the great themes of human existence – the awful insanity of war.

What I know now about Kurt is that, somehow, he transformed his wounds into gifts. When he was little more than a boy, he found himself peering into a corner of hell. He found the courage, again and again, to raise his small, individual, very human voice and speak about what he’d seen.

There are those who see Kurt’s work as dark, even depressing. Because his books so often deal with calamitous or even apocalyptic situations, his critics try to dismiss him as a nihilist, even a misanthrope.

Different as his books were and are, they all struggle to answer one large question.

Why do we human beings do such awful things to each other?

Kurt found beauty in trying to cope with his pain. One recurring theme in his writing is that acts of kindness, however silly, however doomed, almost always are redemptive.

That’s what I find uplifting now, on the other side of telling part of Kurt’s story. There is something ennobling about staring into darkness, and then telling the story of what one saw.

“The Children’s Crusade Revisited: Slaughterhouse-Five at 50” tries to show what doing that cost Kurt. But I think it also shows what the effort gained him.