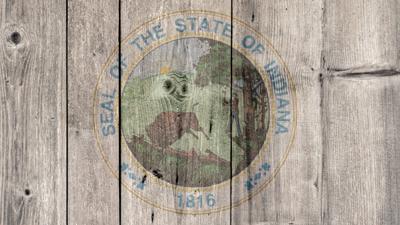 Recently Republican State Sen. Jim Buck of Kokomo introduced legislation that would eliminate the primary for the U.S. Senate race here in Indiana and instead have the political parties pick their candidates at a nominating convention.

Buck got a lot of pushback as some folks thought it was undemocratic.  My problem with the legislation was that it didn’t go far enough.

We should eliminate all taxpayer-funded primaries.

On Feb. 7, candidates will have to file to run in either the Democratic or Republican primary to get their party’s nomination for one office or another. Libertarians have nominating conventions. By my last count as of Jan. 24, there were less than a dozen contested state House and Senate races between the Republicans and Democrats. More than 30 Democrat House races and 70 Republican seats had no contest.

When you look at the data and the filings, you can’t help but ask the bigger question: What is the point of a primary? If the point is for Democrats and Republicans to pick their candidates for the general election, why should the general public pick up the tab? Why shouldn’t the parties pay for their own operations?

Indiana’s primaries are closed, which means only declared Republicans and Democrats are supposed to vote in them. Independent voters, a growing segment of the population, aren’t invited to the party.

That makes it silly to spend taxpayers’ resources for a handful of politicos to nominate candidates.

As any county clerk will tell you, running an election is complicated. You need election judges, inspectors and poll workers for each precinct or voting center. You have to find space, ballots have to be printed, and you need to procure machines to count the ballots. That is a lot of work so that 11 to 12 percent of registered voters can choose a candidate.

The Indiana Fiscal Policy Institute once estimated that hundreds of thousands of dollars could be saved if Indiana switched to vote centers for elections instead of precincts. Just imagine how much more could be saved if we didn’t have to have a primary.

Instead of a political primary, why not have local conventions? They would operate just like state and national conventions where the parties and their delegates select candidates to present to the voters. We already do this in Indiana with the secretary of state, treasurer, auditor and attorney general. The Democrats, Republicans, and Libertarians have conventions, they nominate candidates for statewide offices and then present them to voters for approval in November.

One of the criticisms of eliminating the primary system is that party bosses and insiders would pick candidates instead of rank-and-file party members. That is a risk, but need I remind you that the rank and file have a funny way of making their voices heard.  Take most recently last year’s special caucus to replace former Marion County Prosecutor Terry Curry. Although Indy Mayor Joe Hogsett was pushing his legal aide Tim Moriarty, Deputy Prosecutor Ryan Mears won the hearts and more importantly the votes of the precinct committeemen.

As long as primaries remain closed and voters have few choices, there’s no reason taxpayers should open their wallets and foot the bill to do for political parties what they should do for themselves.

Or at the very least, if we can’t eliminate primaries, then we should make them open. Have all candidates run, everyone can vote, regardless of party and whoever gets 60 percent of the vote wins outright. Otherwise, we have a runoff of the top two in the general election.  And while we’re at it we can shorten the election season.   Who really needs six months to run in a campaign that really should only be six weeks? But that’s another discussion for another time.

Abdul is an attorney and the editor and publisher of IndyPoltics.Org. He is also a frequent contributor to numerous Indiana media outlets. He can be reached at abdul@indypolitics.org.