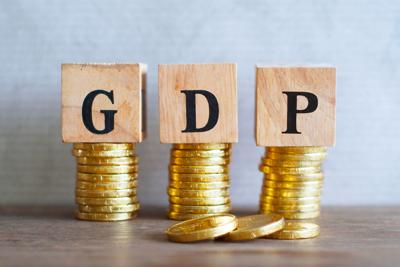 Most folks have an intuitive understanding of Gross Domestic Product (GDP). They know GDP measures the current activity of the nation’s legal economy. The change in annual GDP is the definitive statement about our national economic performance.

It’s far better than the monthly unemployment rate or the jobs numbers to assess that performance. At the same time, Hoosier politicians seem unaware that GDP figures from the US. Bureau of Economic Analysis are now out there for states and counties.

Indiana’s GDP figures don’t tell the same story as we get from those office holders. Simply put, in the last 20 years (1998 to 2018), Indiana has exceeded the national GDP growth rate only six times. And not once since 2014.

We have seen Indiana’s share of national GDP fall from 2.05 percent to 1.77 percent. Doesn’t seem like much? That insignificant 0.28 percent was $57.6 billion in 2018 alone, an amount which would have raised our state GDP by 16 percent.

These fortunate counties had a sweet 16 of their own, including eight you might not expect to be among any elite: Grant, Tipton, Washington, Jackson, Howard, Shelby, Jay and Steuben.

However, with 44 counties escaping a decline in Real GDP over the decade from 2008 to ’18, that left 48 counties without such good fortune.

Eight counties declined in both the first and second five years of the decade.  These were Ohio, Posey, Miami, Newton, Switzerland, Clinton, Union, Jasper.

Another eight counties had declines in the 2008- ‘13 period that overwhelmed the better times of the last five years. These were Cass, Blackford, Harrison, Fayette, LaPorte, Vigo, Marion and Henry. Hence, for the decade they had lower GDP in 2018 than they did in 2008. It’s easy to dismiss Marion County’s little 0.14 percent decline, until we realize it’s over $1.2 billion.

In summary, all the happy talk emanating from the hype of the present, tends to neglect the damages of the Great Recession. Many places and persons in our state and throughout the nation have open wounds from the devastation of Wall Street’s failure.

In addition, that failure was compounded by congenial collusion with government agencies meant to regulate Wall Street in all its many disguises. Now, a dozen years after the fall, there are continuing attempts to remove or weaken the remedial efforts taken on the heels of the panic.

GDP has no metric for incompetence and cowardice in the private and public sectors.