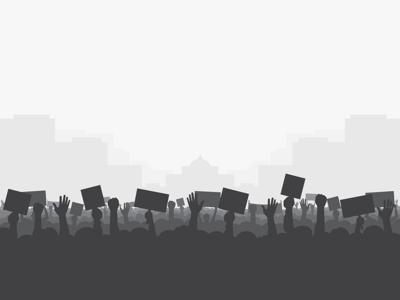 Sheila Seuss Kennedy, professor of law and public policy in the School of Public and Environmental Affairs at IUPUI, has given NUVO permission to republish posts from her blog: Sheila Kennedy, a jaundiced look at the world we live in

Academics who study communication tend to focus on barriers to understanding like cultural differences and different reactions to “nonverbal” cues and body language. (I await research on how Zoom interactions affect those nonverbal cues…) There’s a whole field of intercultural communication, established back in 1959 by an anthropologist named Edward Hall.

So what — I hear you asking — does any of this abstract scholarly research have to do with the people filling American streets clamoring for justice and change?

A lot, I think. An enormous amount of civic unrest is a result of failure to truly communicate.

A recurring discussion on this blog has focused on the extent to which our inability to understand each other is been rooted in the media environment we currently inhabit. It isn’t simply the propaganda promulgated by talk radio, Fox and Sinclair — it is also the relatively recent, well-meaning but misplaced effort of so-called “Legacy” media to be “balanced,” to be fair, to give even the fringiest points of view a respectful treatment. As a result, even bizarre perspectives have been given a patina of respectability. This emphasis on “balance” plays directly into the narrative of the far right — and the recent publication of the Tom Cotton op-ed by the New York Times is just one recent example. Zuckerberg’s cowardly refusal to fact-check Republican lies on FaceBook is another.

Heather Cox Richardson sees signs that such unearned respect may be changing — and that Trump’s sinking poll results are evidence that he and his enablers are losing the benefits of that unduly deferential narrative:

Even more indicative that the national narrative is changing was the announcement yesterday that James Bennet had resigned as the editorial page editor of the New York Times. Bennet ran an op-ed last Wednesday by Arkansas Senator Tom Cotton titled (by the Times, not by Cotton) “Send in the Troops.” The inflammatory piece blamed “cadres of left-wing radicals like antifa” for an “orgy of violence” during the recent protests and claimed that “outnumbered police officers … bore the brunt of the violence.” Neither of these statements is true, and they clothe a false Republican narrative in what appears to be fact. Cotton’s solution to the protests was to send in the military to restore “law and order,” and he misquoted the Constitution to defend that conclusion.

The kerfuffle over this op-ed seems like it’s more than a normal media skirmish. For more than a century, American media has tried to report facts impartially ….

Richardson pegs the start of talk radio to the abandonment of the Fairness Doctrine; it was the beginning of a propaganda barrage with which we are now all too familiar:  white taxpayers under siege by godless women and people of color. Fox News Channel wasn’t far behind. Fox’s greatest success was in equating “fair” with “balanced.”  Other media outlets became defensive; in order to protect themselves against charges that they were biased, they accepted the notion that media must show “both sides.”

Richardson thinks Bennet’s resignation over the Cotton op-ed “marks a shift in the media that has been building for months as newspapers and television chyrons increasingly check political falsehoods in favor of fact-based argument.”

If accurate, that is good news. It would be even better if the Left wasn’t–once again — engaging in communicative suicide.

Richardson is hardly the only commentator expressing frustration over the slogan  “defund the police” — a phrase that suggests abolishing police departments. What is actually intended is perfectly reasonable —proponents want to shrink police responsibilities and decrease police budgets, investing instead in the community resources that have lost money as police budgets have exploded–but it is hard to imagine a stupider slogan or a more welcome gift to a GOP desperately trying to change the subject from a pandemic and massive protests.

They may not be able to govern, but one thing Republicans are good at is labeling, at carefully choosing terminology likely to resonate with the majority of voters who are not obsessively following political news and able to “deconstruct” political phrasing. Remember the “death tax”? Remember when “undocumented workers” became “illegal aliens,” the “social safety net” became “socialism,” and “national health care” became “socialized medicine”?

I think Richardson is right that the media is — slowly — jettisoning false equivalency for fact-based objectivity. That’s good news for “team blue" — and not an invitation to muddy the waters with yet another unforced communication error.

Sheila Suess Kennedy, J.D. is Professor of Law and Public Policy in the School of Public and Environmental Affairs at Indiana University Purdue University at Indianapolis. She is a Faculty Fellow with both the Center for Religion and American Culture and the Tobias Center for Leadership Excellence, an adjunct professor of political science and founder of the Center for Civic Literacy at IUPUI. Her scholarly publications include ten books and numerous law review and journal articles. Professor Kennedy is a columnist for the Indianapolis Business Journal and a frequent lecturer, public speaker and contributor to popular periodicals.