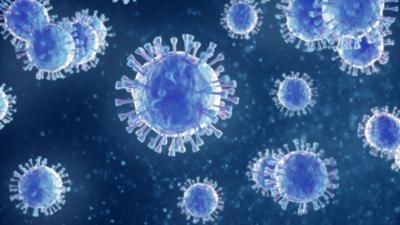 The spread of the coronavirus is serious. It should not be taken lightly. Nor need we over-react and assume damages that may not occur.

To prepare is appropriate. To assume what could happen, will happen, and already has happened, is foolhardy. The stock market response has been irrational and irresponsible.

Irrational because we can respond appropriately with careful direction of resources by the professionals who understand the needs. Putting a bunch of political appointees “in charge” is only a theatrical step.

Irresponsible because it gives rise to a panic, a media frenzy, and a misdirection of our attention from the preparation actually required.

The big Wall Street firms (Fidelity, Schwab, TD Ameritrade, and Vanguard) hold the buying and selling power for many millions of Americans, many billions (trillions) of dollars for investors/savers worldwide. Their responses to legitimate news reports and speculative pronouncements by 24-hour news “analysts” determine how the market moves.

Some industries have cut back in anticipation of continued catastrophes. Airlines have cancelled flights to currently contaminated destinations, most notably to China and Northern Italy. Will you now, in panic mode, avoid your neighborhood Chinese restaurant or local pizzeria?

In this era of world trade, much of the economic impact of the current viral attack, depends on the ability of firms and households to shift among alternative products and the amount of product already in the pipeline.

Much attention has been given to cell phones because of China’s significant role in making the parts used in those instruments which now dominate our lives. The reduced-price phone promotions of carrier companies (AT&T, Sprint, etc.) may be endangered, but you’ll still be able to report every splinter you suffer to all your contacts.

When you dine out, you might find the stock of lush red wines from Northern Italy unavailable, existing inventories having been depleted. Nonetheless, your Northern Indiana palate may be satisfied with a Hoosier red.

An astounding number of cases were contracted in Wuhan (Hubei Province). Extraordinary stress was placed on medical facilities and personnel.

Many of those cases are not serious. Of those that are serious, some are fatal. Thus far, the fatality rate is 2.9 percent in Hubei Province. As yet, it is too early to determine the incidence of this epidemic, that is the number of cases divided by the population in a given area.

The Center for Disease Control and Prevention (the CDC) reports the 1918-19 flu virus infected “about 500 million people or one-third of the world’s population …... The number of deaths was estimated to be at least 50 million worldwide.” That was a ten percent fatality rate.

Today, we have greater medical capabilities to manage a pandemic…if we prepare for it. Our attention should be given to what can be done and what is being done to prevent the spread of this virus.

My cousin Dan Grossman, an environmental journalist, sent me a link to an article somewhat at odds with some of the recent reporting in The Indianapolis Star in regard to coronavirus. I asked him what he was doing to prepare for the pandemic.