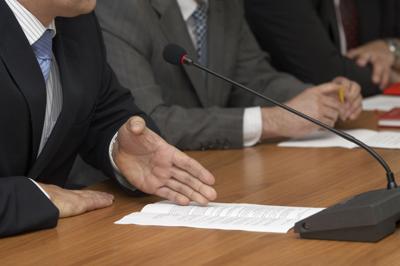 In our civil justice system, 99% of all cases settle before trial. Sometimes for a little money, sometimes for a lot. As such, we lawyers end up doing a lot of negotiating. So much, in fact, that we tend to take for granted the basic principles of skillful dispute resolution: Calculate the midpoint and try to subtly pull your opponent away from it. Don't bid against yourself. Make the other side think they've won something.

Instead, you start at $150,000.00. That signals to the other side that your final number is somewhere in the $70,000 range. If they spend an entire negotiation thinking that they need to pull you away from $70,000.00, landing on $50,000.00 seems like a big victory for them, even though that's exactly what your client wanted. You made them think they won something.

Say it doesn't go that way, though. Say the other side puts on the brakes at $40,000.00 - lower than you would have liked. That's still much higher than $20,000, and therefore much better than you could have done if you had used your ideal number as your opening offer.

Students and clients often ask: why not just be honest? Isn't it better to just put your cards on the table, say what you want, and say "take it or leave it?" But it doesn't work that way. Protracted negotiation is not about honesty or dishonesty; it’s a psychological process. It's about anticipating - and hopefully changing - your opponent's expectations along the way. You may have to adjust your own expectations, too. In fact, your expectations might be adjusted whether you like it or not, because what seems realistic at the beginning of a negotiation is often totally unrealistic by the end.

In the coming months, a complex set of negotiations will be playing out among candidates vying for all kinds of elected positions. And while a government full of lawyers is not nearly as much fun as one full of fighter pilots, actors, optometrists, and radio hosts, I wish some of our Democratic candidates (and incumbents) could at least brush up on the basic principles of negotiation. What I would like them to ponder this cycle is: what do you think you can win by starting with your compromise number?

I am fond of reminding folks that just five years ago, the idea of a WALL, a big stupid WALL, an extravagantly expensive and ineffective WALL along the southern border was considered raving mania by all but the biggest dittoheads. Now it's a dignified wall, a respectable wall, an important component of our national security, more of a border fence really. In 2015, Republicans scoffed at the idea. In 2019, congressional Democrats were like "well, maybe we can just build a little wall, then."

To the extent that any intelligence may be ascribed to the flailing, hissing, amoral hydra that is the Trump administration, the beast knows how negotiation works. Start from the cruelest, most outlandish proposition imaginable, and you'll adjust your opponent's midpoint. Ban all Muslims? No no no, we'll just ban some. Tax Chinese imports at 50%? Slow down there, pal - we're not going over 30%. Give everyone a hydrogen bomb? Well, let's at least make sure people on Prozac can't get them.

And we buy into it. Moderates, in their righteous scramble to be the most reasonable people in the room, trip over themselves to agree with Republicans about whatever they can, so as not to seem unreasonable. “Mitch McConnell is against all abortions, and wants a military budget of a trillion dollars, but thank God my candidate is only against mostabortions and has vowed to keep military spending under $950 billion.”

Ignorant of basic negotiation principles, we incline to what we’d like to think is honesty, but is more like naïveté. Say what we want. Tell it like it is. Present the facts and figures. Maintain an unflinching devotion to pragmatism at all costs. And in the unlikely event that one of our Democratic candidates wins a red state election on this sort of “I’m like a Republican but not insane” platform, we end up thinking we won something bigger. Meanwhile, our expectations have been adjusted. We’re being pulled off our midpoint, and the stuff that seemed too-terrible-to-imagine 20 years ago seems not-all-that-bad today.

Of course, the starkest examples of this are happening where there is no opposition to one-party rule at all. Take Indiana's state house district that covers Paoli, Salem, Mitchell, lots of trees, and more than a few woodland critters. This time around, like last time, and the time before that, there is no Democrat running for that seat against a Republican incumbent. But this time around, the Republican challenger is a guy who thinks the government is coming for his guns, and who spends his weekends yelling at women outside abortion clinics. If that campaign changes anything, it will be to pull the ever-moderate incumbent further to the ever-immoderate right. With no counterweight, the expectations of the incumbent’s constituents are undoubtedly being adjusted.

Elections, like negotiations, are a psychological process, in that our expectations for the outcome are always changing along the way. When you hear about total student debt forgiveness, nationalizing fossil fuel companies, or “hell yes” we're coming for your AR-15s, you might equate that to fantasyland talk from unelectable idealists. And sure, some of that talk may be little more than unrealistic bluster in our current political climate. It might push you toward a more “electable” candidate; someone who pushes back, but not too much. But if the last half-decade has taught us anything, it should be that political climates can change quickly, the unrealistic can quickly become all too real, and no one ever really won anything by starting with a compromise number.

Dan Canon is a civil rights lawyer and law professor who writes on civil and criminal justice issues. He also produces a short documentary series called Midwesticism. You can support his work at www.patreon.com/dancanon.