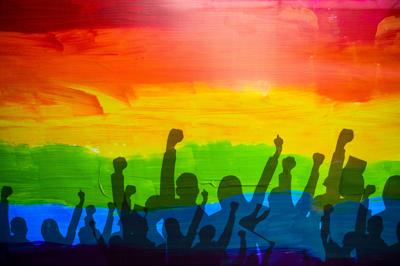 When we say Black lives matter, exactly whose lives are we talking about?

I’m not posing these questions in jest, but I really want to know who matters to us?

“It is clear that fatal violence disproportionately affects transgender women of color — particularly Black transgender women —  and that the intersections of racism, sexism, homophobia, biphobia, transphobia and unchecked access to guns conspire to deprive them of employment, housing, healthcare and other necessities,” the HRC said.

No one except their loved ones seems to care about Black trans women. Police departments misgender them. If arrested, transgender women often are housed in male facilities where they are subject to abuse.

We often treat transgender women or gender-nonconforming people with disgust or derision — as if their purpose in life is to make us comfortable. We often say we don’t agree or understand their lifestyle — as if our opinion matters. I’m here to tell you, if you’re not living your life for approval from anyone, chances are no one is seeking your approval either.

During a recent protest, a gender-nonconforming person was shown during our Facebook Live coverage. Predictably, the disparaging comments came. People had no problem calling this person an “it.”

Isn’t it ironic that we treat people who make us uncomfortable the same way white people treat us — even as we’re asking to be treated with humanity? This person was out there protesting, possibly in harm’s way for the rights of Black people while other Black people who weren’t at the protest were making disparaging remarks. The irony is astounding. But we don’t even see it.

You can agree or disagree, like or dislike, understand or not a trans person’s lifestyle — or gay person’s lifestyle — but it shouldn’t be unreasonable to ask that you treat all people, especially Black people, as people. If a person is out there fighting for you while you’re watching the protest and typing in the comments section, the least you can do is offer some encouraging words.

To me it’s just common sense: If I’m asking you to treat me with humanity then I should be willing to extend that same treatment toward others. It’s not that difficult to recognize someone’s humanity.

But here we are in 2020, calling people “shim” and “it.” The grade school antics have to stop, Black people. If we haven’t learned we all we got by now, when will we?

Black people, we all deserve to be treated with human dignity and respect. When we say Black lives matter, let’s truly mean all Black lives.