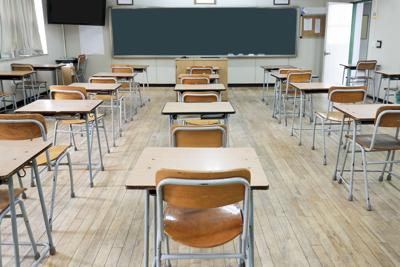 Paris Himes doesn’t have to do the work her North Central High School teachers assign. She knows it’s all optional because so many of her classmates don’t have access to a computer or the internet. But that hasn’t stopped her from working through it.

The junior has her eye on college after high school. She isn’t going to let her school closing for seven weeks, and potentially until the end of the year, derail what she sees as her most important academic year for preparing college applications.

“It’s just very confusing for my friends and I,” she said. “It’s hard doing it online, and you forget deadlines because you aren’t there in person. You’re online and you’re depending on yourself.”

Schools in Indiana are closed through at least May 1 in response to the novel coronavirus, which raises concern about all students’ academic progress. But it creates a significant complication for high school juniors and seniors, who need to meet a strict set of requirements in order to graduate.

Closures canceled college entrance exams for juniors and muddied the path to graduation for seniors. Many seniors worry they will miss celebrating one of their first major milestones if graduation ceremonies are canceled. And some wonder whether they will need to finish up credits in the summer, or simply start college behind.

It isn’t clear yet how the state will handle the missed high school classes. The Indiana Department of Education is working on a recommendation for seniors that is “rigorous and reasonable,” said State Superintendent Jennifer McCormick in a tweet.

In the meantime, districts are taking different approaches during closures, which are heavily driven by how many of their students come from low-income families. Some, like North Central High School in Washington Township, have shifted assignments online, using e-learning to finish as many lessons as possible. In a wealthier district, Carmel Clay Schools, some teachers are continuing to give real-time lessons when the class would usually meet by using videoconferencing.

Warrick County Schools plans to offer students e-learning through May, then cancel the last 12 days of the school year. Superintendent Brad Schneider said online learning doesn’t really replace a full day of school, but the district will still give high schoolers credit for finishing their classes online.

“I don’t think the last semester should be something that keeps a kid from fulfilling their high school diploma,” Schneider said. “We are going to give kids the benefit of the doubt in this situation just based up on the unique situation that we are in.”

Other districts, like Fort Wayne Community Schools, aren’t offering full e-learning and instead gave students general packets of work to complete. Teachers are putting some assignments online and reaching out to students, said Fort Wayne spokeswoman Krista Stockman, but the work isn’t required.

One of the largest districts in the state, Fort Wayne has nearly 30,000 students. About two-thirds qualify for free or reduced price lunch, a federal measure of poverty.

“For us to require work we would have to feel like there was equity for all of our students in accessing the materials, and right now there still isn’t.” Stockman said, because a high number of students don’t have access to the internet or computers.

That means the days their schools are closed don’t count as instructional days. Districts were given a blanket waiver from the typically mandated 180 instructional days per year — allowing them to cancel classes entirely — when Gov. Eric Holcomb mandated they close through May.

Most of Fort Wayne’s more than 2,000 seniors will be given credit for their classes, even though they only completed about three-quarters so far, Stockman said. Administrators are working with students to complete dual credit classes hosted by universities and workforce certifications.

Administrators now are focused on two groups of seniors: The around 400 students making up classes they previously failed or missed, and those who had a failing grade when schools closed. Those students were given laptops — something the district has never done before — and were enrolled in online courses hosted on a third-party site the district uses.

But every district in the state may have to stop and quickly change its plans if the State Department of Education creates a different directive for how seniors will complete graduation requirements this year. The State Board of Education is expected to approve guidance submitted by McCormick soon.

As for all other high schoolers, Stockman said schools will have to make some changes in the fall.

“If we lose the entire fourth quarter, we can’t start in the same place in the fall that we would normally expect to,” she said. “At the same time, we can’t take the full nine weeks to get through that, or else we would constantly be behind. Those are things that we are just going to have to work out.”

Administrators said they expect colleges to be similarly flexible when students start next fall, knowing they likely missed out on weeks of class. But for those students still deciding what to do after graduation, school closures prevent campus visits and disconnects them from high school counselors — a potential barrier for students who rely on these supports to choose a college, including first generation college students

Nick Otwinowski, a senior at Blackford High School, said he was considering playing football at a few smaller schools. But now that his tours are canceled, he will probably take what he sees as a safer choice and go to a school he has toured before instead, a larger state school.

Julia Perry, a senior at Yorktown High School, said she was planning to study exercise science and physical therapy at Taylor University, a private Christian college in northeast Indiana. But that plan could change if schools remain online in the fall.

Both of them are missing their last spring sports season and waiting to see if their graduation ceremony will be canceled. And prom seems unlikely.

“I feel horrible for our seniors,” said Schneider, Warrick County superintendent. “If this plays out and they don’t get to go back to school, they don’t get to spend the last day in high school… those are great memories to have, so from that statement I think they are missing out on a lot.”

Chloe Graham, a senior at Hamilton Southeastern High School, said her friends are already planning to put on their abandoned prom dresses and go out for a nice dinner when the social distancing guidance ends.

“All in all, that’s a small fraction of life,” she said. “It’s not the end of the world if it doesn’t happen.”