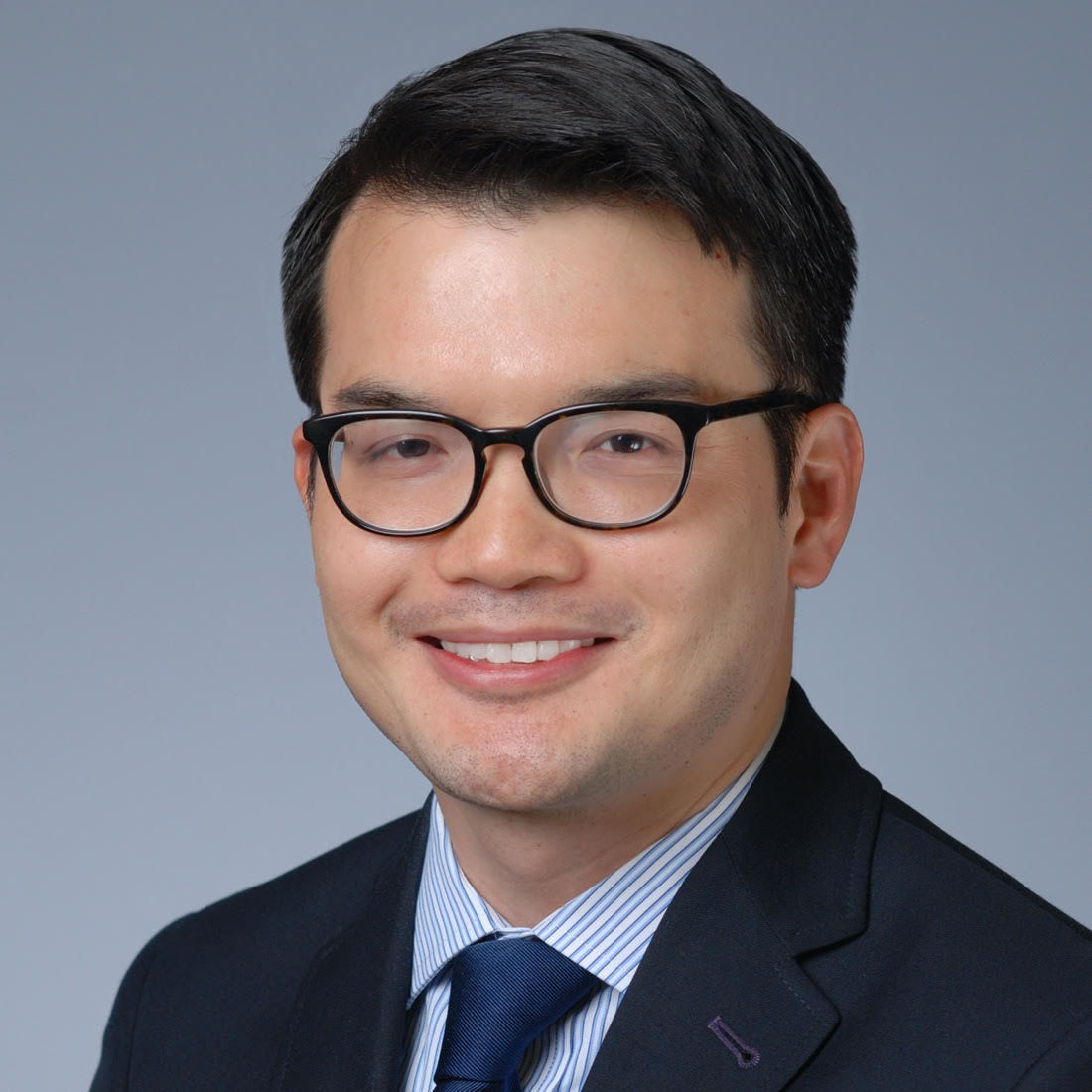 Dr. Tuan Tran, Assistant Professor of Medicine at the IU School of Medicine 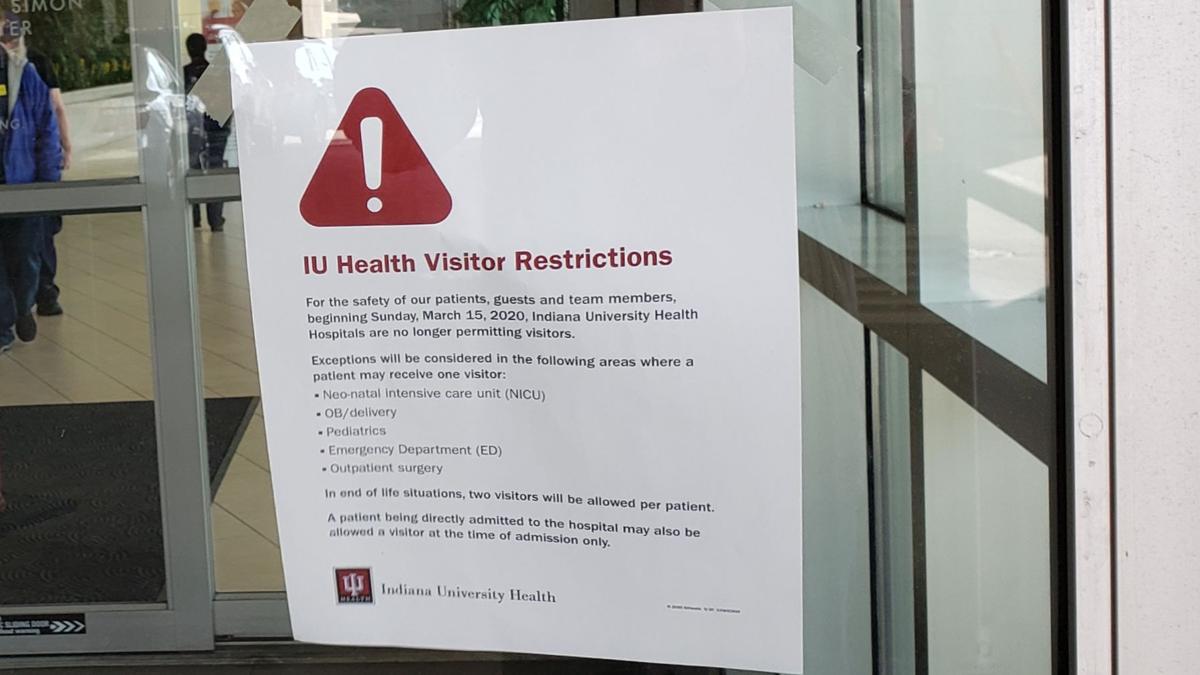 Notice at the entrance of IU Simon Cancer Center 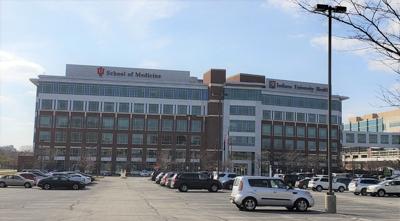 On March 9, congressman Devin Nunes (R-Calf.) went on Hannity to suggest that now would be “a great time to go out” to patronize your local bar or restaurant. His appearance on the Fox Network came as state and local government officials across the country imposed temporary bans on dine-in food service to stop the spread of coronavirus.

Nunes made another Fox News appearance to walk back those remarks on March 16. This was the same day the Centers for Disease Control released the President’s Coronavirus Guidelines for America that conformed to the CDC’s guidance. But Nunes was far from the only one spreading disinformation and conspiracy theories about the virus. Among the culprits in this regard was the president himself. (In recent days, it seems that the White House has started to take COVID-19 more seriously.)

All things considered, it’s probably better to listen to doctors on the subject of coronavirus than to U.S. congressmen.

Dr. Tuan Tran, assistant professor at IU School of Medicine, is a doctor-scientist currently working as an infectious disease attending physician at the Roudebush VA Hospital in Indianapolis. One of his clinical duties is advising emergency room staff. You also might find him at the School of Medicine conducting research on malaria using collected blood samples from Kenya and Mali.

He took half an hour out of his busy schedule to talk to me by phone March 16. Among the questions he answered were two crowdsourced from Facebook.

DAN GROSSMAN: What are the most important things, as a doctor and researcher, that you think readers should know?

DR. TUAN TRAN: I think your audience should take the whole social distancing thing very seriously. The main thing is, although the majority of younger adults are not severely affected —  because it's so easily transmitted — eventually it might get to an elderly person. And those above 65 or 70 years old are not so self-protected against severe illness. So those individuals are the ones we want to protect. Our collective experience, learning from what happened in Washington with the nursing home, pretty much tells you that the most vulnerable people are these elderly adults living in nursing homes. They can die really quickly and more than a dozen individuals from that one nursing home died. So that's that's what we want to protect against and that's the purpose of social distancing. And on top of that, they should know about health care capacity.

GROSSMAN:  A lot has changed over the past week and we have lessons in how specific governments have responded to COVID-19. We've got the Italian example and we've got the Chinese example. China has had some success with containment in Wuhan while all of Italy, basically, is now on lockdown. What can we learn from those experiences?

DR. TRAN: The main thing that we've learned from both is how important healthcare capacity is. There are a limited number of critical care facilities in any community. How well we handle that load is how well we are going to do. This is just an example; a community has 10 ventilators. With COVID-19, the most serious cases end up being on ventilators and they can be on it for many days. Weeks, even. And so, if your capacity is, hypothetically, 10, imagine if all these infected patients —  older adults — come in and you're past the limit of 10. At that point a physician has to decide who gets the ventilator, who does not. That's when you start having really high mortality. If 15 people come in, five people are basically left to die because they don't have the ventilator. So what we've learned from China and Italy is that, if we slow the transmission to a level where you can get eight serious cases that need ventilation, the hospital can handle it … So, it's under capacity.

That's the main lesson learned and that's what the physicians in Italy and originally in Wuhan faced was that they were at capacity for ventilation and also for healthcare workers. Because early on in China, the health care workers were infected. Some of them were too sick to actually continue to work. And they were overwhelmed. A lot of the healthcare workers had to work essentially 24 hour shifts because there was no one to take their place. The people who were taking care of the patients were actually sick themselves and couldn't work so whoever was left had to work longer hours. We know that it's going to come regardless, right? We just want to be able to spread it out over time so that we know our healthcare systems do get overwhelmed.

DR. TRAN: It has to do with actual test rates. Unfortunately, in the U.S., there's been limited testing for many reasons; it's not something I'm proud of as being a U.S. healthcare worker ... We should be testing more ... We're basically triaging who should be tested and now, mostly the moderate to severe cases are being tested. In the next few weeks we'll be testing a lot more mild cases because we'll have capacity for testing. And then you'll start seeing more positives. What we don't test now are asymptomatic individuals, at least routinely. Probably in a few months we'll have a better handle on what the overall prevalence is, including asymptomatics. The way those studies are done is usually looking at antibodies to the virus. And so that allows you to screen the entire population of people regardless of whether or not they were ever sick in any community.

GROSSMAN: This is something you hear asked in the media a lot; How is coronavirus different than seasonal flu?

DR. TRAN: For one thing, it's a brand new virus. It's a novel virus that before December of last year, no human had ever seen. The main difference is seasonal flu is something that folks have seen; it's just a different variation of an influenza virus so that there's some cross-protection with previous exposure to other influenza viruses from the previous year. On top of that, there's also a moderately effective vaccine for seasonal flu in which the pharmaceutical companies predict what influenza strains will be prevalent in the community, in any given year. And so those are the two issues; that there is natural immunity to similar influenzas, and there's a vaccine. And there's a medication Oseltamivir  [aka Tamiflu] that actually can at least soften the blow in terms of eliminating symptoms. And so there's lots of therapeutic strategies that can be employed ... Much of the public does not understand that the coronavirus is a large family of viruses ... In the family of coronavirus, there are the more routine coronaviruses that cause just mild cold like symptoms of a risk of respiratory tract infections and those we have seen before. However, within this family there are  brand new coronaviruses that appear and the major example of that in the past was the original SARS coronavirus.

GROSSMAN: I have a crowdsourced question: if you use hand sanitizer, and then touch an unclean surface, is there a residual effect? In other words, if you touch that unclean surface again after using sanitizer, do you still have to wash your hands?

DR. TRAN: Washing your hands only eliminates what viruses or potential pathogens on your hands at the time before you wash. As soon as you clean your hands and touch a dirty surface, you potentially put a pathogen on your hand. So that's why it's not only important to wash your hands, it's important to wash your hand and not touch your face. And just avoid touching inanimate objects. What we tend to do in healthcare professions we use our elbow. We try not to touch doorknobs if we can help it. You know, don't use your front of your fingers and just use your knuckle, your elbow to try to press the elevator button. Those are the types of things you can reduce in terms of reducing risk and exposure. But if you prevent yourself from touching your hand to your face, that's probably one of the better ways to avoid infecting yourself.

GROSSMAN: What other ways are  IU health and the VA Hospital preparing for a possible influx of COVID- 19?

DR. TRAN: What we’re doing is we're encouraging folks who have mild illness to call in and then there'll be a person triaging and figuring out if they're sick enough that they should come in, or to kind of observe at home to reduce bringing a mildly infected person into hospital, and potentially spreading infection to other patients and healthcare workers. Obviously, if you need critical, urgent, or emergency medical help then by all means, go by ambulance or some other transportation method. But given that the majority about 80% of individuals with COVID-19 have mild symptoms. We can at least triage them first and then gauge their risk. As soon as we know that they have risk, we would implement proper measures or making sure to have a surgical mask on the potentially infected-person and monitoring them through telemedicine. And then, hopefully, once there's more tests available, they will be tested more broadly. But I think for now it's mainly for individuals who have moderate to severe illness. That testing is done but this is a rapidly changing thing because I know that a lot of hospitals are getting kits this week and next week, or developing their own in-house testing.

GROSSMAN: Here’s another crowdsourced question: why are people with diabetes more susceptible to getting severe coronavirus symptoms?

DR. TRAN: Specifically, I don't know the answer to your question for diabetes, but diabetes is basically a chronic condition that is more prone to infections in general. And there tend to be worse outcomes for individuals with diabetes that is not well-controlled. Most of those individuals with well-controlled diabetes are, in general, a lot healthier. But uncontrolled diabetes can lead to a lot of complications regarding your kidneys, your vascular system, and your heart, and all of those combined essentially makes one just unable to basically compensate when you have an infection. We call it your reserve capacity to deal with stresses. This type of infection is a huge stress to your lungs which are involved in getting oxygen to the rest of your body. The lungs work in tandem with the heart to do that. Someone with a fairly poor cardiovascular system due to chronic uncontrolled diabetes doesn’t have what we call the cardiopulmonary reserve or the heart/lung reserve to handle a large infectious stress.

Restrictions aimed to limit the spread of the novel coronavirus have put many Hoosiers out of work, with just over 22,500 applying for unemplo…

Proud of you, Dan. Keep up the good work. Would be great to circle back with Dr. T after things one day settle a bit to see what his thoughts are re Mefloquin and any potential issues he might acknowledge affecting those of us who took it. --Randy