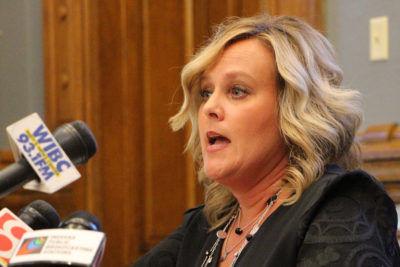 The results of the ILEARN state standardized test have so shocked government leaders that they already are performing damage control.

Gov. Eric Holcomb called on the Indiana General Assembly Monday to enact legislation that would spare schools and students from being evaluated on the standardized test results for at least another year.

ILEARN, the Indiana Learning Evaluation Assessment Readiness Network test which is a shorter rebranded version of the ISTEP+ test, was administered to Indiana schools during the 2018-19 school year to students in the third to eighth grades. The results won’t be released to the public until next Wednesday.

But they won’t be the kind of report card to boast about.

“The results will show a decrease compared to the previously administered ISTEP+ test,” Holcomb said in a statement. “Since this is the first year of the ILEARN assessment, I will ask Superintendent (of Public Instruction) Jennifer McCormick to support my request that the General Assembly take action to hold schools harmless so the test scores do not have an adverse impact on teacher evaluations and schools’ letter grades for the 2018-19 school year.”

McCormick later issued a statement saying that “we are proposing legislative action addressing the negative impact on educators, schools, districts and communities.”

McCormick indicated the English and language arts scores as well as math scores were lower across the state.

“The combination of the rigors associated with this newly-aligned college and career readiness assessment, national normative data and the defined established performance cuts all contributed to the lower performance levels,” McCormick said. “While frustrating, performance dips at some level were expected, as previously experienced in 2014-2015 with the onset of the then-newly implemented ISTEP+.”

Keith Gambill, president of the Indiana State Teachers Association, called on lawmakers to pass the legislation Holcomb and McCormick are seeking at its November organizational meeting, usually a one-day event, rather than waiting for the legislative session that starts in January.

But he also criticized the use of such testing to penalize schools and teachers.

“Our students, teachers and communities are much more than just a test score,” Gambill said. “We should not rely on these scores to label our schools and communities with a letter grade or negatively impact teachers’ evaluation and pay. ILEARN is yet another example of Indiana’s continued use of standardized tests and constant policy turmoil that harms students and discourages teachers to remain in the profession.”

Rep. Bob Behning, the Indianapolis Republican who is chairman of the House Education Committee, said lawmakers “are taking a hard look at our overall state accountability system.”

The priority, he said, is preparing students for “life after high school, whether they enter the workforce immediately or continue their education.”

“We knew there would be an adjustment period as we transitioned from ISTEP+ to ILEARN,” he added. “While these results are not the ones we hoped for, the value of Hoosier students and teachers is not defined by test scores, but by the learning being accomplished in the classroom.”

Democrats in the legislature agreed that these first ILEARN scores shouldn’t be used to judge schools, but said it’s just another reason why the legislature needs to rethink how much it meddles in school exams, as standardized testing has gone through numerous iterations in Indiana.

“The bottom line is that Republicans have been running an education system in Indiana for over 10 years the doesn’t adequately pay our teachers, underfunds our traditional public schools and is failing to test our kids correctly,” he said.

Senate Minority Leader Tim Lanane, D-Anderson, said that “this is a learning opportunity for lawmakers to understand how much pressure our teachers and students are facing to perform well on exams while wasting countless hours testing instead of investing in valuable learning moments.”

Editor & Publisher of nuvo.net. I can be reached here.