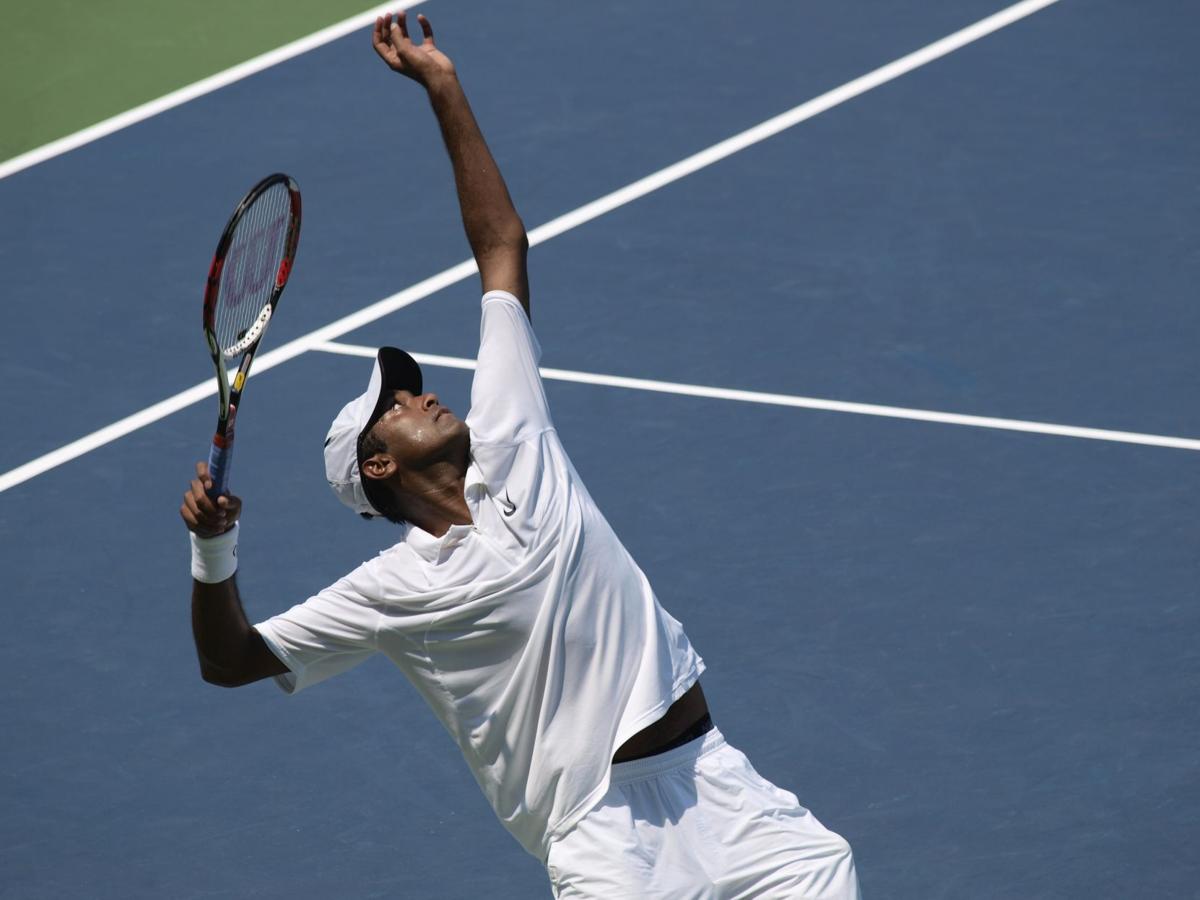 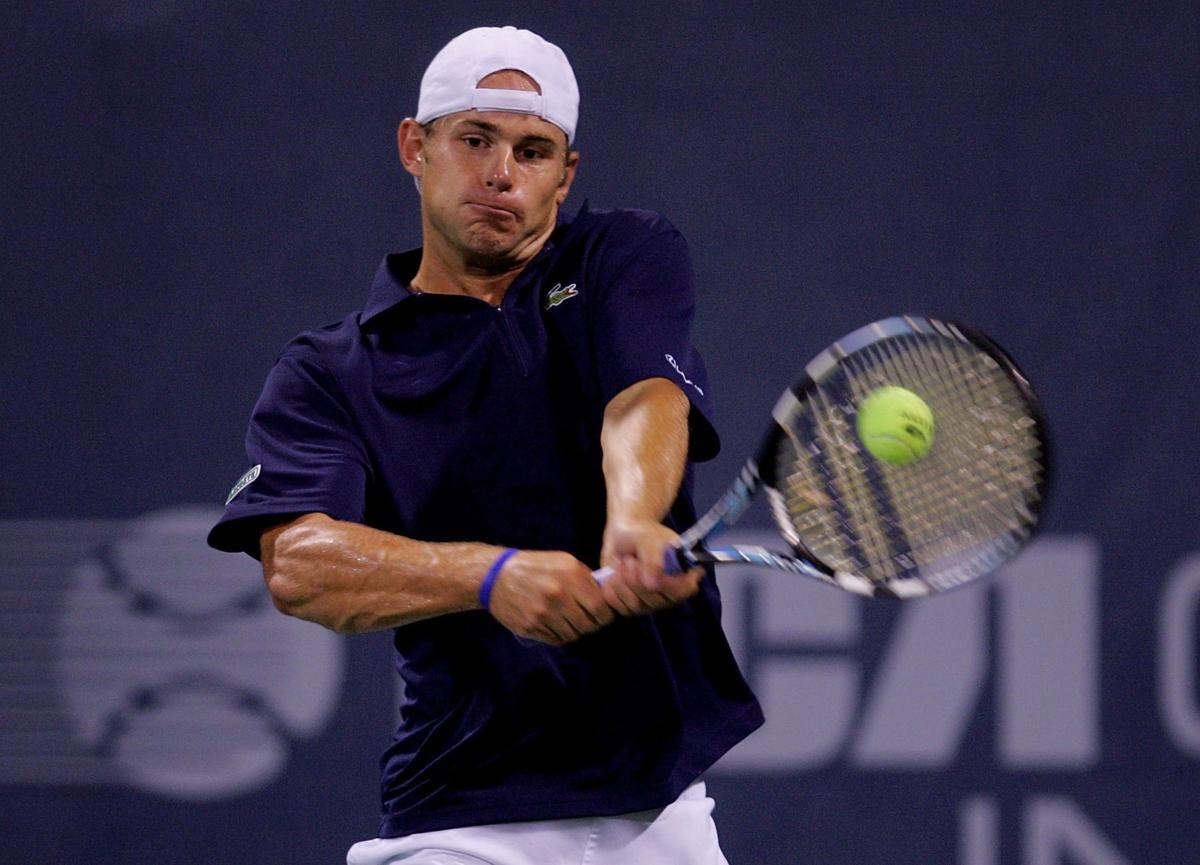 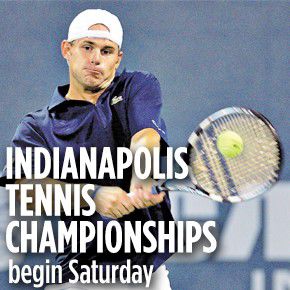 "This is one of those instances where our tournament must support the decision by Andy and his medical team to do what's best for Andy and American tennis versus what's best for Indianapolis. We will look forward to seeing Andy back on the hardcourts very soon and performing at the high level we saw him during Wimbeldon. We wish him a speedy recovery for this hip injury, and of course we hope to see him headlining for us at next year's Indianapolis Tennis Championships," said Indianapolis Tennis Championships Tournament Director Kevin Martin

This year's tournament organizers have set an exciting precedent for the future of the Indianapolis Tennis Championships. Daily ticket discounts, an Association of Tennis Professionals top-10 athlete and promotional events are encouraging a long-awaited return to citywide enthusiasm, following a steady decline over the last decade in the attendance and prestige of the once internationally renowned tournament.

Twelve hundred volunteers are pumping the tournament back to life, not only with the festivities on center court, but with a dedicated duty to local and national charities. Indianapolis Public Schools, Gleaners Food Bank of Indiana, the Healthy Foundation and Healthy Active Lifestyles outreach program, the National Junior Tennis League of Indianapolis, the Andy Roddick Foundation and The Villages all benefit from the 2009 tournament, which is sponsored by Lilly.

And the poster boy of American tennis is back, too.

Despite last year's hiatus, Andy Roddick is making another appearance, as he attempts to tie Pete Sampras' record of three championships. He won in 2003 and 2004, and will be foaming at the mouth for a return to prominence, following his heartbreaking loss to Roger Federer in the final match at Wimbledon earlier this month.

To celebrate Roddick's return and to stimulate the drawing power of his stardom, his first match on Tuesday, July 21 will headline the "Rockin' with Roddick" promotion, in which all fans with a first name of Andrew will get in for free, and $5 of every ticket sold will benefit the Andy Roddick Foundation.

He is the only ATP top-10 ranked player in the draw, but he will have ambitious competition firing at him from the top 50, with Russian-born 2007 champion (and 2008 finalist) Dmitry Tursunov, as well as fellow American Sam Querrey sharing headlines for the event.

The 21-year-old Querrey has become something of a cult favorite around the country and especially in Indy, where two years ago he broke a world record by slamming a furious storm of 10 aces across the court at James Blake en route to the quarter final. He crushed in 35 aces all on that historic day on IUPUI's campus two years ago, and is one of the United States' premier prospects, having lost to the eventual champion the last two years.

A small clique of fans known as "Sam's Samurai" follow him on tour, and their prominence on the U.S. tour has earned Sam his own promotional day on July 23. The Samurai will sell T-shirts designed by Querrey himself, for the benefit of the tourney's Healthy and Active Lifestyles program.

Another American of note slated for the draw is Carmel High School graduate and IHSAA state champion Rajeev Ram, a Hoosier who advanced to the third round of the Australian Open earlier this year and defeated Querrey this past Sunday in the finals at the Newport Hall of Fame Championships to claim his first ATP title. Ram was granted a wild card slot by the tournament on Thursday, July 16, and he also expected to play a prominent role in the doubles tournament.

Local school children might take note of Taylor Dent, who lectured at Center Grove and Fishers elementary schools this spring. He was forced out of the sport in 2006 due to excessive back pain, after having reached a No. 21 ATP ranking in 2005, and is now on the comeback trail, having defeated two top-20 opponents already this year. He reached a final in Indianapolis in '05, but retired due to heat exhaustion, after losing nine consecutive games.

The unlikely hero of 2007 is expected to battle his way into the main draw as well. Frank Dancevic shockingly defeated Roddick in the semi-finals two years ago, after driving from his native Canada the night before the tournament without his coach, and taking his warm-up hits with his little sister. Dancevic, who has since established himself as a top-150 caliber prospect, went on to lose in a hard-fought battle to Dmitry Tursunov, but won the affinity of Indianapolis tennis aficionados with one of the most unlikely upsets in tournament history.

Each afternoon of tennis provides an opportunity for cheap tickets and special events to keep fans entertained between matches. This Sunday, July 19, is Family Fun Day: A package including four tickets, four hot dogs, four drinks and four souvenir bags can be purchased for $40. Professionals will also be hosting tennis clinics for kids throughout the day.

On Monday, the action will spill over into the City Market, where ATP stars will compete on the bricks outside and be available for autographs and photos around lunchtime. Also on Monday only, kids ages 12 and under get in completely free of charge, and a silent auction of tennis-themed art by children will benefit The Villages.

A gimmick that has been evolving over the last few years is "College Night." This year, the July 23 promotion offers admission and a T-shirt for $15, along with a cornhole competition and live entertainment. Students can earn a free drink by bringing a school supply worth at least $5 to donate, which will benefit Indianapolis Public Schools.

On Friday, fans can receive half-off ticket prices with a business card, and with drink specials available, you can dare your drunken friends to step onto the court and attempt to return a serve from a professional tennis player for $1. The proceeds go to the HAL Foundation and The Villages.

One of the most notable changes to this year's setup is the tournament schedule. As opposed to two separate sessions each day, all of the competition events Monday through Thursday will be consolidated into a single evening session beginning at 4 p.m., and on Friday, July 24 there will be sessions at both noon and 7 p.m.

Tickets start at $8 with this weekend's qualifying rounds, and then increase throughout the week, with good seats to the finals available for as low as $30. Tickets can be purchased by calling 800-622-LOVE, and will be readily available at the box office for all days of action. For more information, visit www.tennisindy.com.

Tennis at the Market

This lunchtime tennis match is scheduled to take place on the bricks of City Market and will feature exciting give-aways and chances to win tickets to semi-finals and finals matches. ATP players will be available for autographs and pictures.

Kids Ages 12 and under Free!

With the purchase of one adult ticket, get one free ticket for children ages 12 and under. Don't miss special tennis artwork designed by children from The Villages and autographed by the pros on display at The Villages booth and in Club 1921, available for silent auction later in the evening.

Join Andy Roddick in his opening round match. Free for individuals with the name Andrew or some derivative. Five dollars from the cost of every ticket and proceeds from T-shirts designed by Andy will be donated to the Andy Roddick Foundation.

Experience Wii Fit and other exciting fitness games by EA Sports. A Wii Fit and a variety of EA Sports athletic games will be given away to lucky winners throughout the session.

A night full of opportunities for college students at the International Plaza. Bring your college ID and receive a regular admission ticket and an Indianapolis Tennis Championships T-shirt for $15, play a game of cornhole before enjoying a night of world-class tennis, donate a school supply worth $5 (minimum) to Indianapolis Public Schools and receive a free drink voucher, take in the live entertainment and drink specials, and much more.

Bring your business card to receive half off your ticket purchase. Also, enjoy drink specials throughout the day, including new Heineken brews, served up by tennis pros.

Try your hand at returning a serve from a professional tennis player! The cost is $1 and proceeds will go toward The Villages and the Healthy Active Lifestyles foundation. One lucky fan will get to interview a player to be broadcast on the Stadium Court videoboard.

Over 40 fantastic prizes will be awarded throughout the finals match, all in celebration of our fans and their continued support of the Indianapolis Tennis Championships. Prizes provided by tournament sponsors.

NUVO will be following the tournament throughout the week with video and blog coverage. Visit www.nuvo.net for updates, interviews and smug analysis of the action.