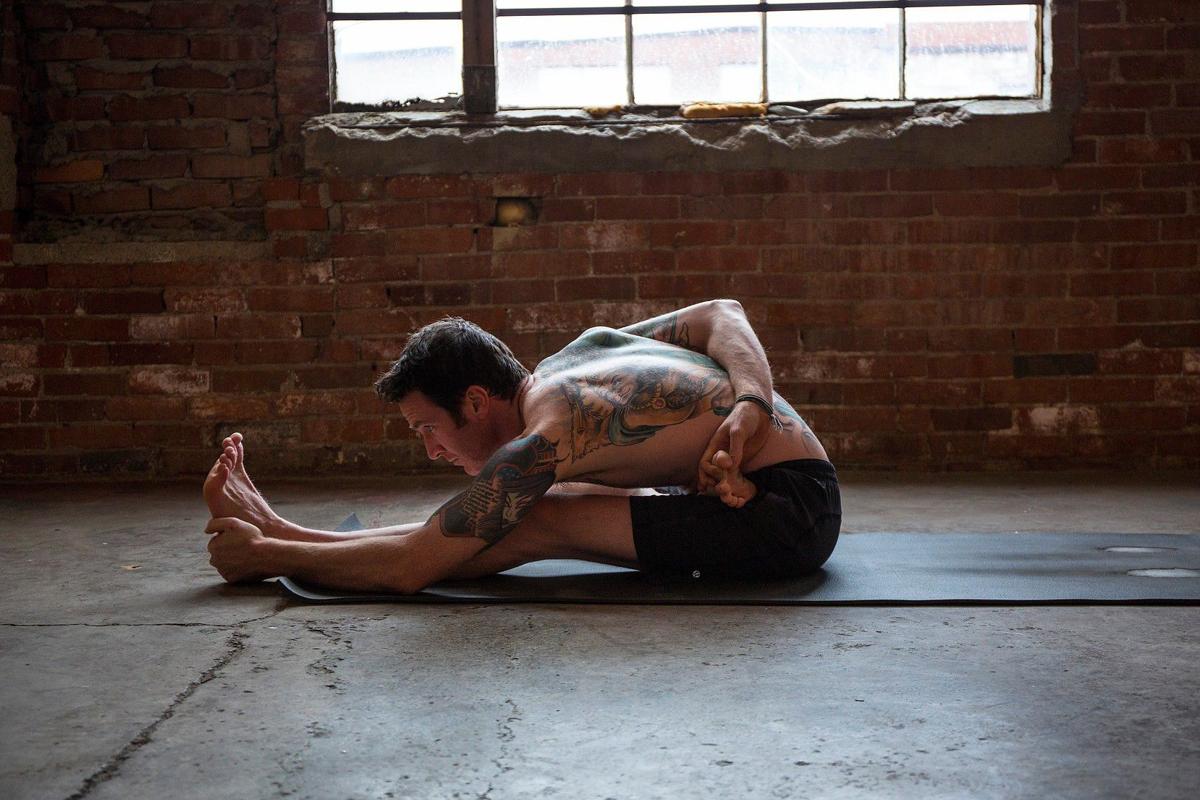 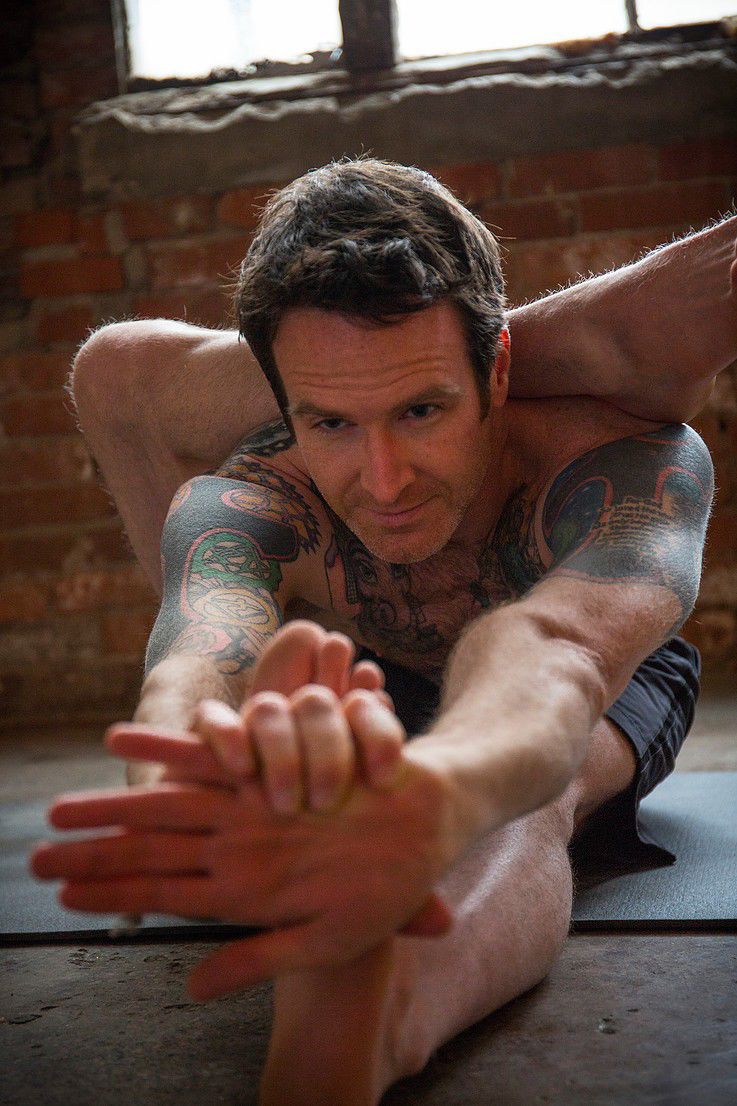 How does a heroin addict who spent his days in crackhouses and his nights shooting up behind his wife’s back recover to become an author and teacher who tells hundreds of students to #bringyourasstoclass? The twelve steps and Ashtanga Yoga.

Ten years ago, Taylor Hunt’s arms were studded with track marks and his moral compass was scrambled by addiction. He couldn’t hold himself up physically, emotionally, or mentally. He entered his third round of addiction treatment a beaten man, and he made a decision to surrender. That surrender led to the twelve steps, meetings, and a new way of life. Six months later, it led to Hunt’s first yoga class. He dove in, and now he’s one of an elite group of instructors to be authorized to teach by the living master of Ashtanga Yoga in Mysore, India.

This February, Hunt released his recovery memoir, A Way From Darkness. It’s a confessional tell-all that begins with Hunt’s first drunk and ends with his most recent trip to India to study with Sharath Rangaswamy Jois, his teacher and the successor to Sri K. Pattabhi Jois, the founder of the practice.

For years, Hunt didn’t want to share his history. It didn’t fit in with his new world, where he’s married with children, runs a business, teaches thirty to forty students a day, and takes the whole family to India for months at a time to learn the method of Ashtanga Yoga. Eventually, he opened up to one of his students, Makaila Roberts, and she urged him to tell the world, so he wrote a blog post that reached more than 50,000 people and then started writing his book. Hunt learned that his past could be an asset, and that people in the yoga community wouldn’t shun him for it. In fact, they welcomed it. By unpacking the skeletons in his closet, Hunt opened a door for others to do the same and thus begin their own journey of recovery.

Hunt will visit Indianapolis for a weekend workshop at CITYOGA, the home of the first Ashtanga program in the city. During his phone interview with NUVO, Hunt was in the car with his wife, Jessica, and toddler-aged son, Isaiah, who added to the conversation in the background. Hunt was home for a few days in between workshops. He’s traveling to more than twenty cities in four countries, making trips almost every week and teaching at his own space in Columbus, Ohio in the days in between. He rarely takes a day off. Why? Because he’s on a mission.

NUVO: You’re doing workshops all over the world and touring your first book. What are your goals for this?

Taylor Hunt: To touch as many lives as possible. To help people get sober and recover. By sharing my story in an open and vulnerable way, I’m hoping it appeals to an audience of regular, non-addicted people. Everyone can benefit from hearing my story, but the addicted person can also hear it and address their demons.

NUVO: What is Ashtanga Yoga?

Hunt: It’s a method that comes from India, and it’s taught in a way that caters to each individual instead of your “normal” class where everyone gets the same verbal cues. The Mysore-style Ashtanga method individualizes teaching so the practitioner can get really good, really quick. It’s also a discipline practice. We ask for commitment, because we build a practice from scratch so that students are getting better at the physical practice, but also diving deeper into the spiritual and commitment aspects.

NUVO: Where do recovery and yoga connect?

NUVO: Why are you coming to Indianapolis?

Hunt: I’m coming to Indianapolis to share my book, but also to support the people at CITYOGA. They’ve been really kind to me in offering me workshops and letting me visit their space. They’re open and inviting and welcoming to everyone. They also supported me in writing the book and getting the word out about it.

April 22 and 23. Hunt will lead five sessions in Indianapolis over those two days at 6:00 p.m. He’ll also take over the regularly-scheduled Ashtanga class held there on weekdays from 5:30-8:30 a.m.