Whether in an apartment, at a thrift shop or on a rooftop, Sofar Sounds shows give music lovers an opportunity to experience artists in uniquely intimate settings. Now, as Indy’s new city director of Sofar, Jeff Nordyke is looking to ramp up these live music experiences in the city while also shining an even brighter light on Indiana-based music talent.

Founded in 2009, Sofar Sounds originally was started by three London music lovers who were tired of going to concerts where people were chitchatting and on their phones. Since its birth, Sofar has quickly expanded to 438 cities around the world, with the idea of intimate gigs at unconventional venues remaining at the forefront.

Although Sofar Sounds operates in all of these different cities, only 24 locations have a paid city director, with Nordyke being one of those. So Indy can expect to see a lot more Sofar shows. By the end of 2019, Nordyke would like to have 10 concerts a month.

Because the size of each Sofar show can vary, fans must first “apply for tickets” to a concert before being approved.

“To go to a show, you go online. You’ll see the dates of shows, and depending on how far out it is, there should be a neighborhood listed,” Nordyke says. “You apply, and that’s all you know. You don’t know the location, and you don’t know the artists.”

This “mystery” element lies at the heart of Sofar shows. Upon being approved for tickets, attendees are notified of the concert’s exact address one day prior to the gig. The lineup of performers, however, remains a secret until show time.

“A lot of it is to give our guests a taste of who the artists are so that they can go out and check out their music or another show they have going on,” Nordyke says. 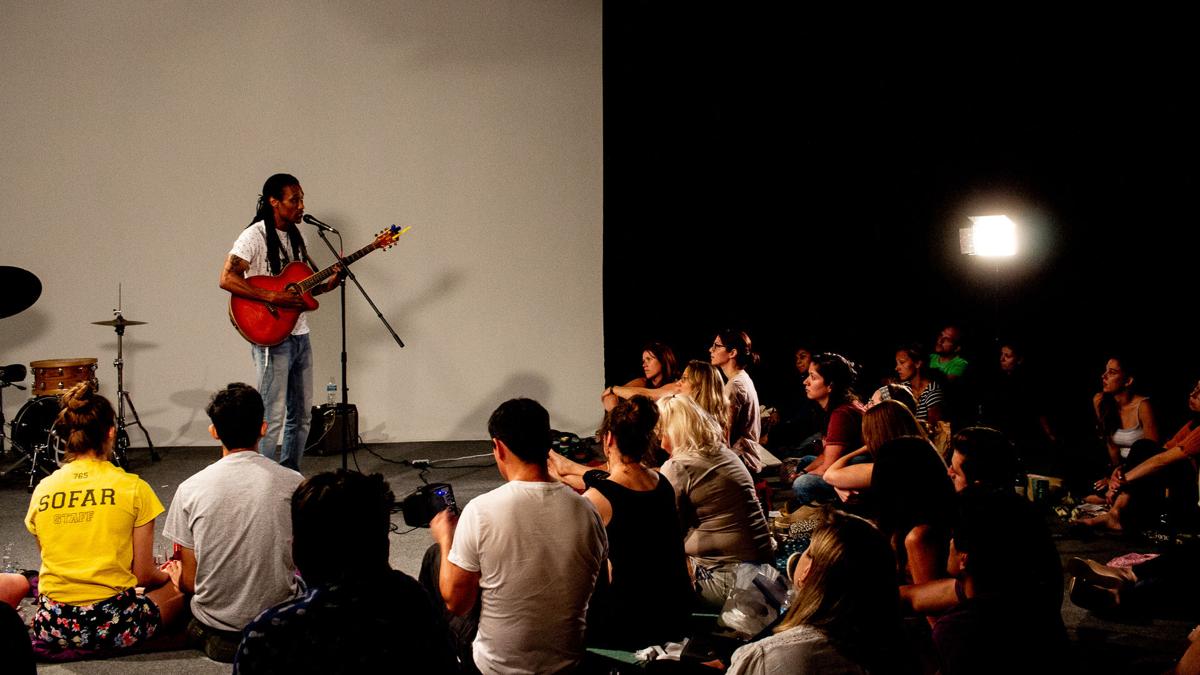 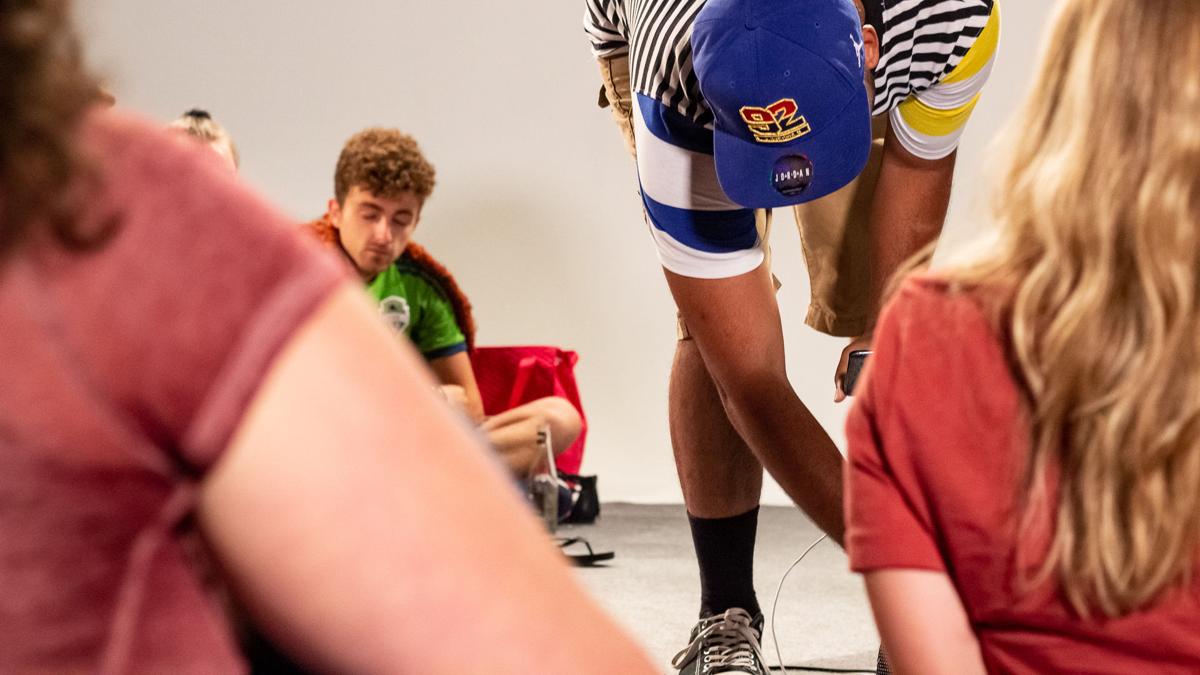 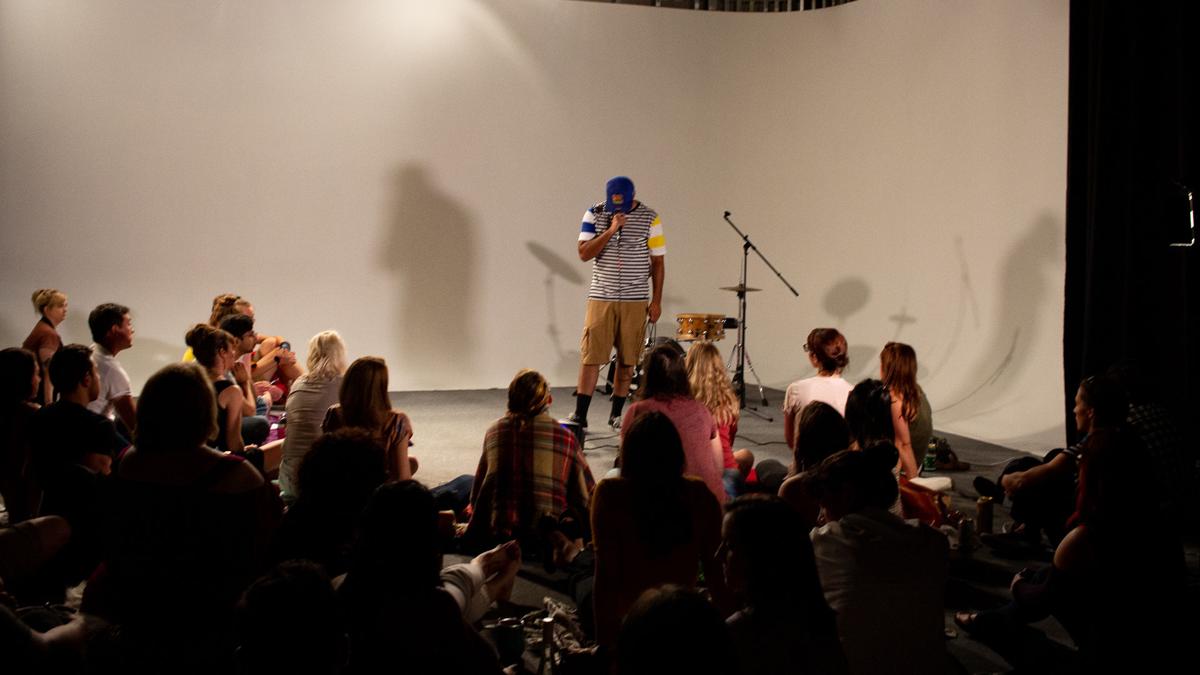 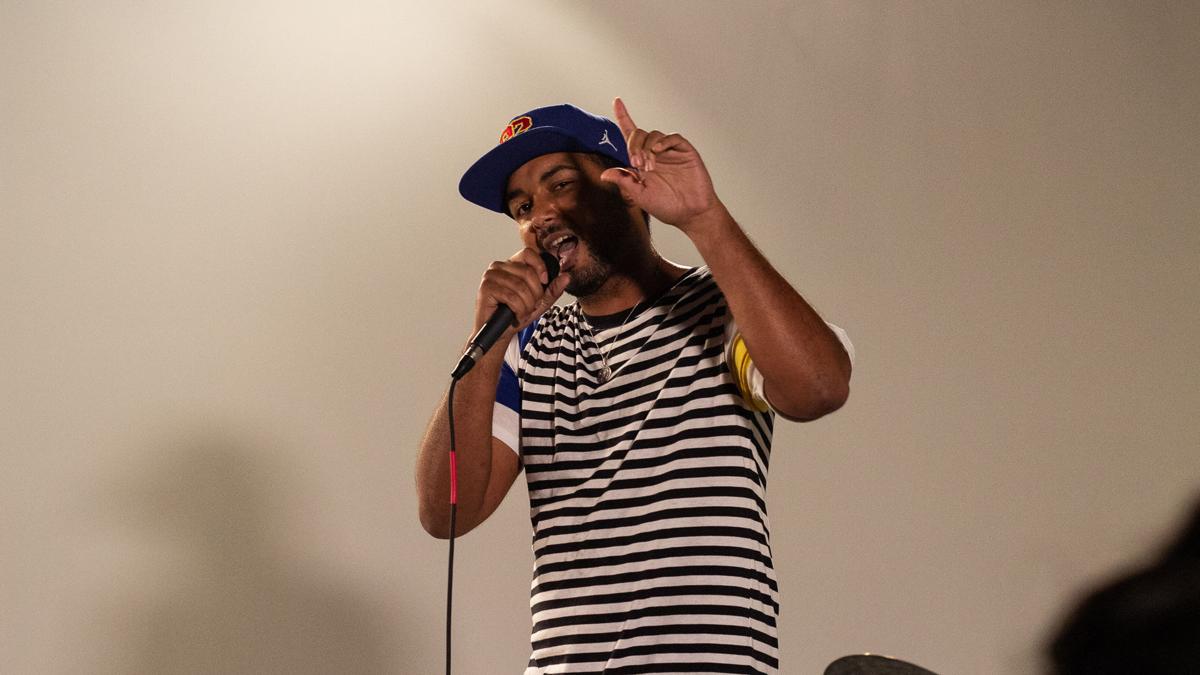 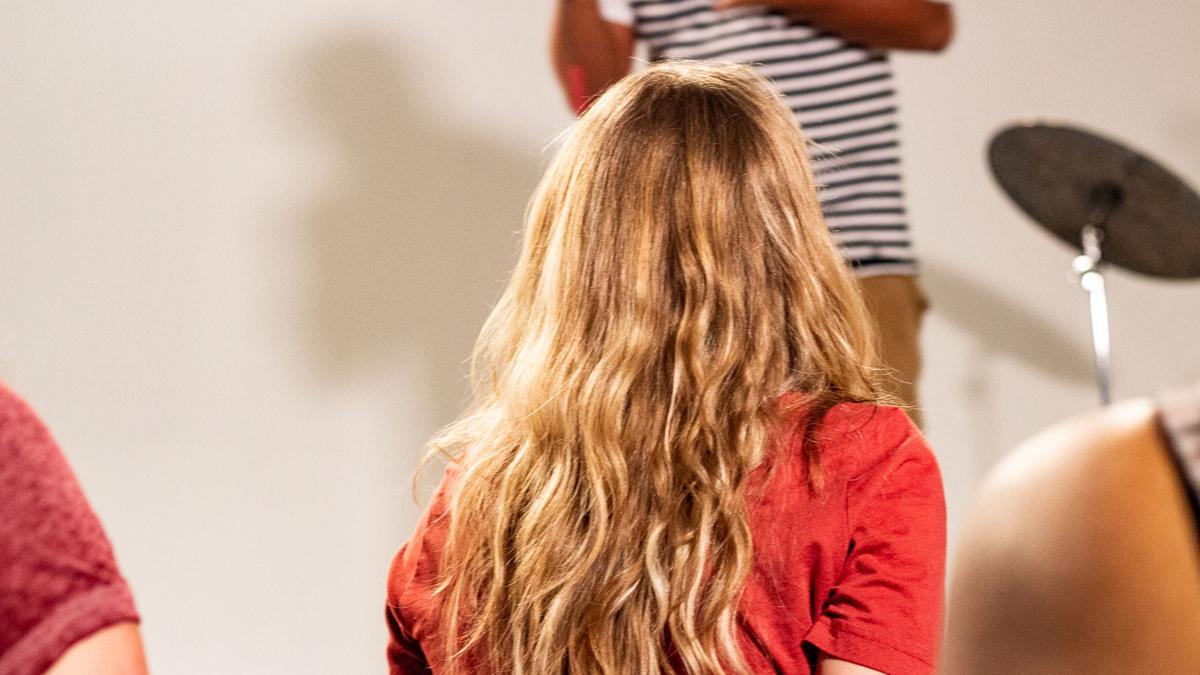 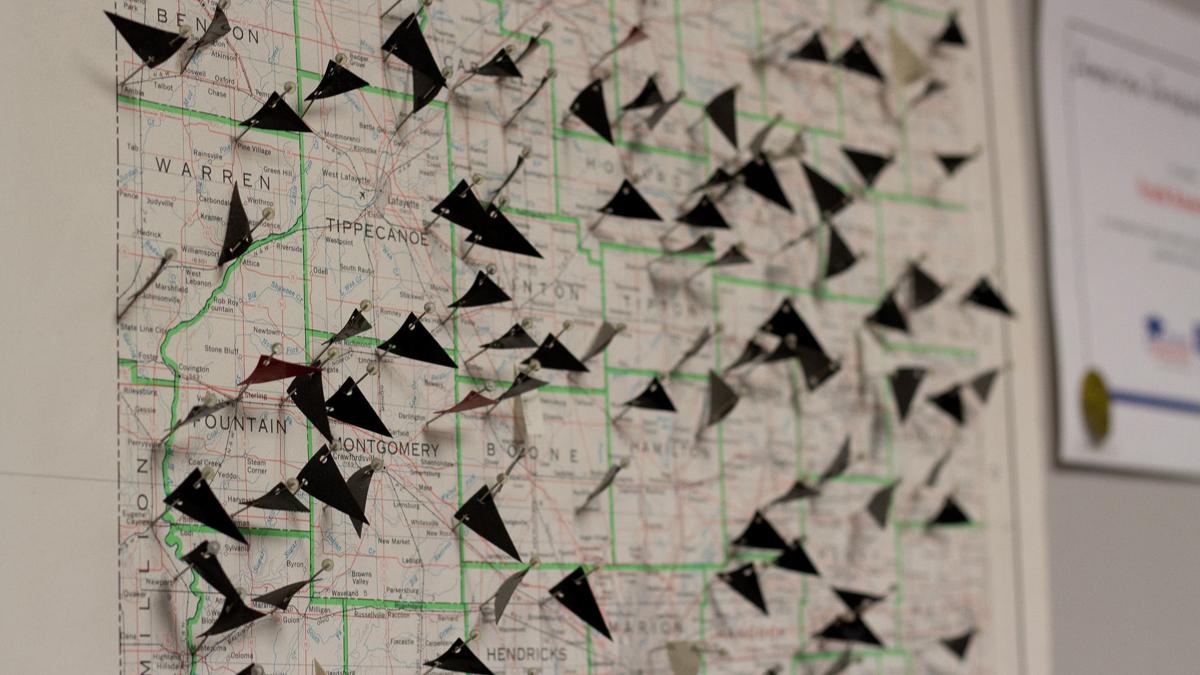 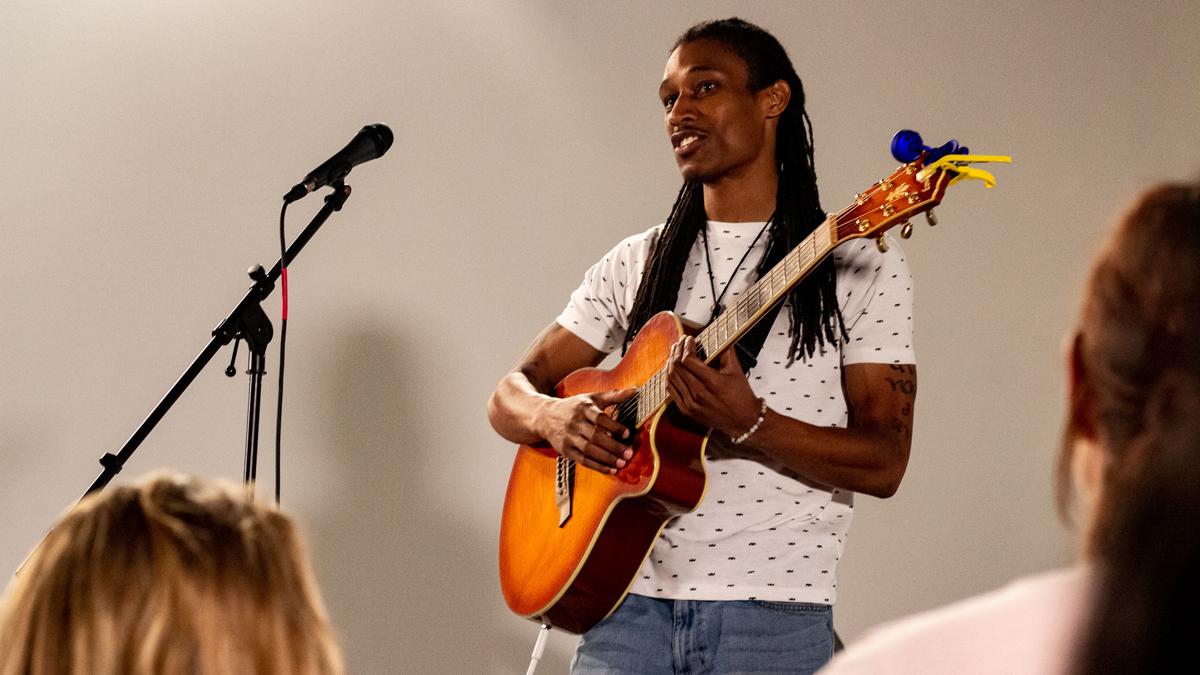 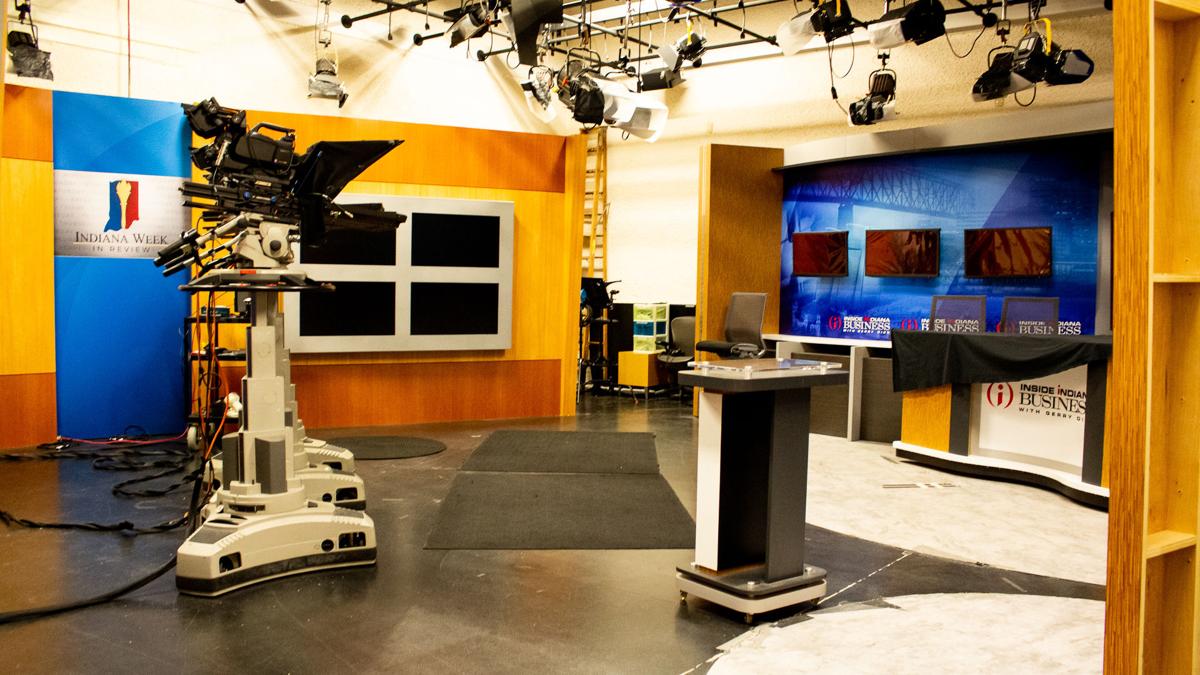 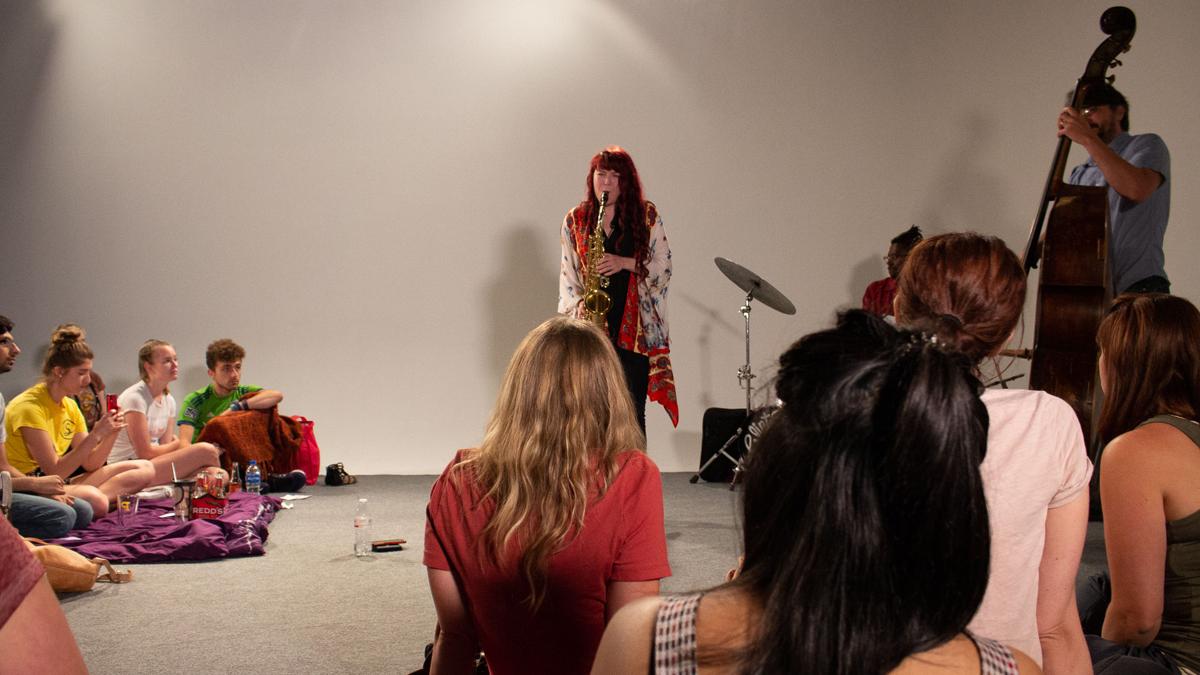 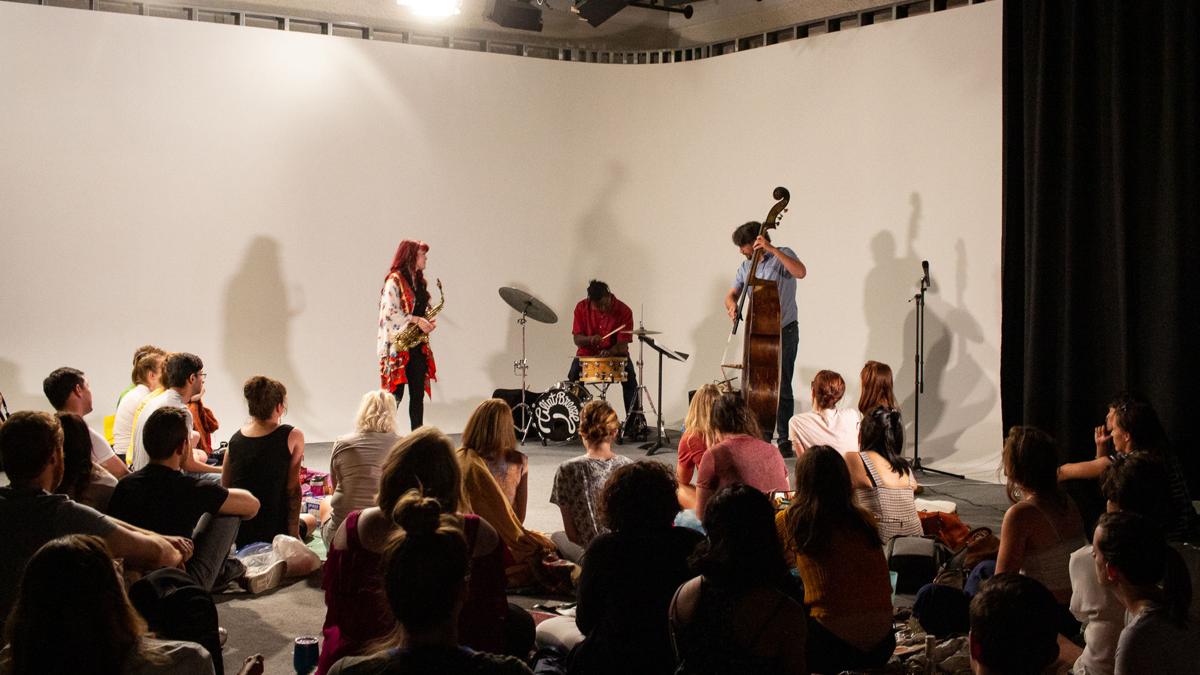 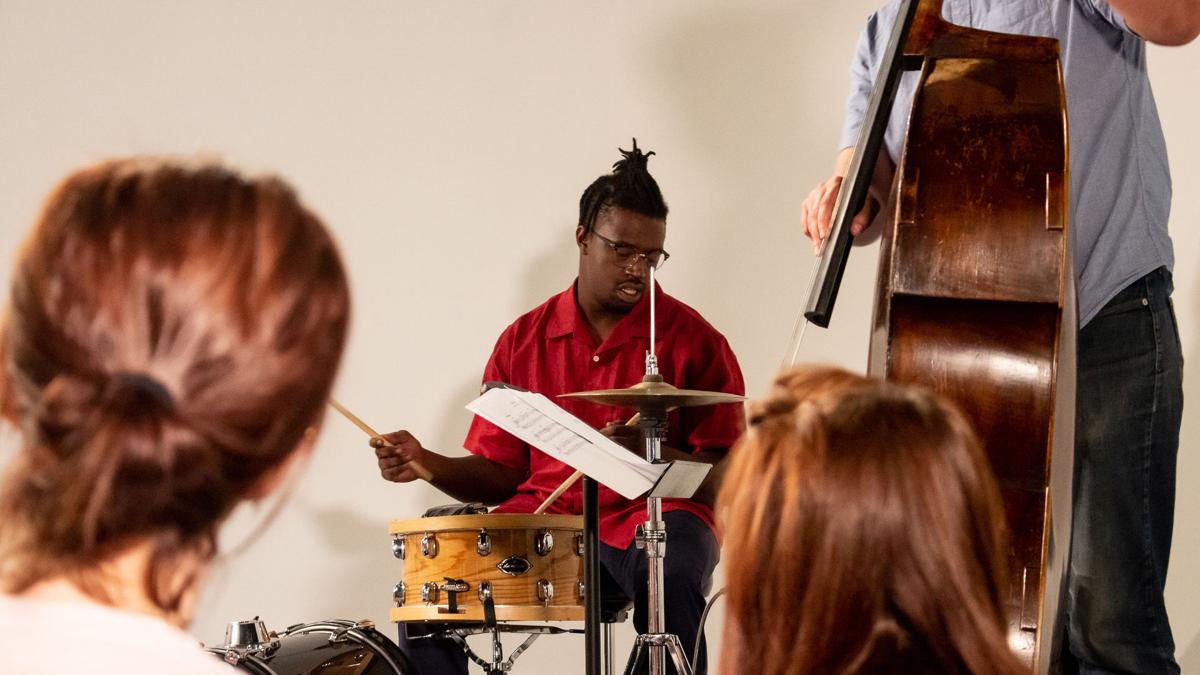 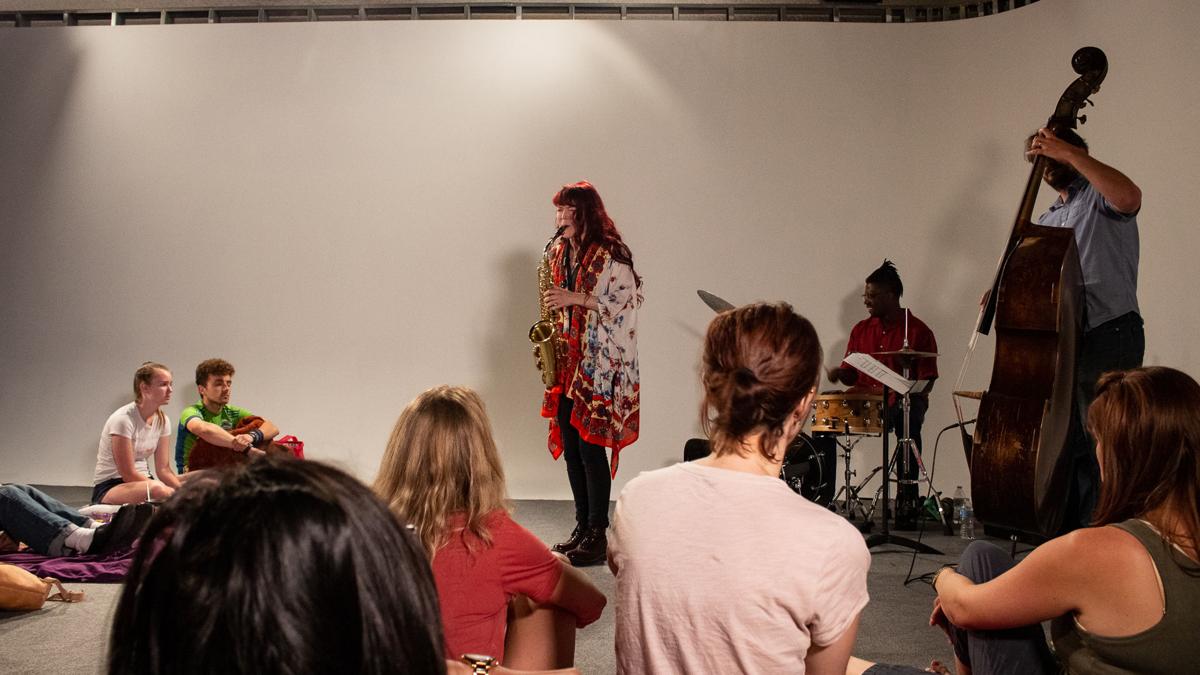 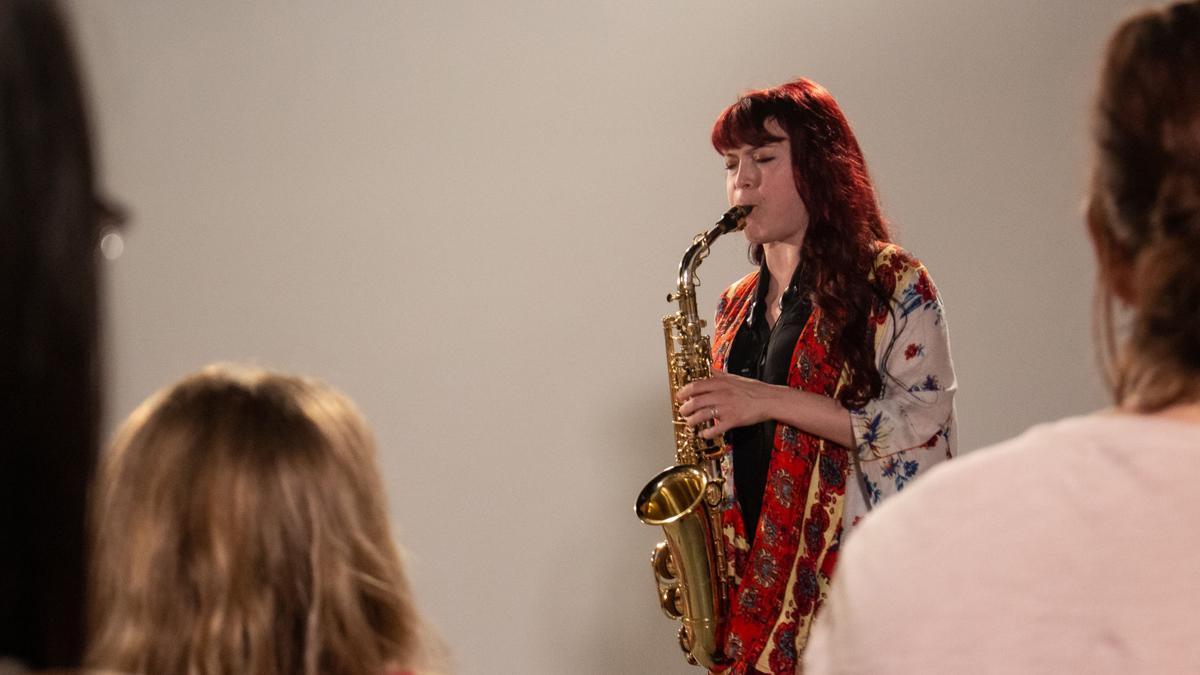 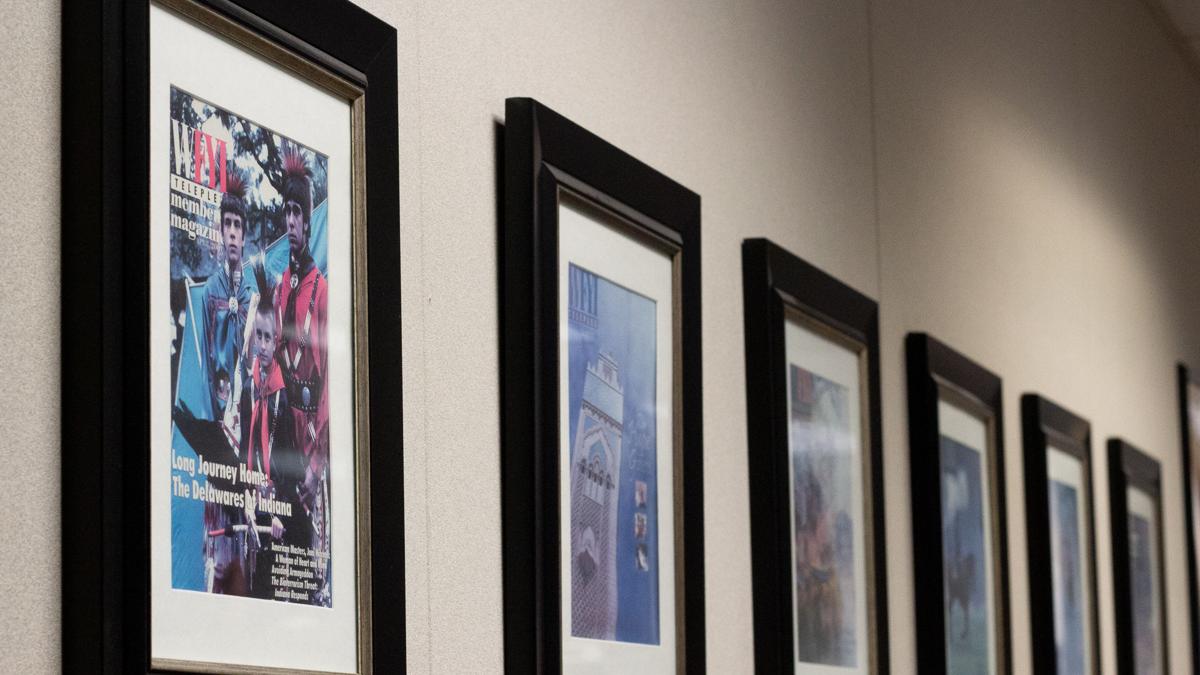 Sofar Sounds put on an amazing intimate show at WFYI. Featuring artists Rhetoryk, Yadin Kol, and Amanda Gardier. Sofar Sounds curates secret gigs and intimate concerts all over the world and recently made Indianapolis one of their main hubs. Each concert is held at various locations around the city, typically features 3 artists, and is completely secret until the day before the event.

Since accepting his position as city director, Nordyke has made it his mission to book mostly Indiana acts at his Indy shows.

“Through my first three months (July-Sept.), I’ve only booked one out-of-town act,” he says.

While curating shows, he also has made sure to select acts across genres, races and gender identities, giving everyone in the audience something they can relate to.

“We’ve had a lot of artists that have gained a lot of fans after every show,” Nordyke says. “Since I talk to them afterward, they’ve commented on how their Facebook and Instagram likes have gone up.

“Our artists are allowed to sell merch at their shows, and I think every artist that has had merch has sold at least something at our shows, as well.”

When it comes to venue involvement, Nordyke receives some applications, while also doing a bit of scouting on his own.

“We don’t necessarily want a big, open room,” he says. “We want something that is small enough to where people can still feel like they’re in a living room, because the heart of Sofar is house shows.”

With this in mind, artists are asked to adapt to the environment, making the overall experience even more special. In particular, Nordyke recalls a show he booked in a co-working space on Mass Ave where no PA system was used.

“There was hip-hop artist Zachery Le’on,” Nordyke says. “He brought his DJ, who had a speaker. We kept it low, and it was fine.”

He continues: “But then the other two artists were Heaven Honey, who had a guitar and amp, but we didn’t amplify her voice. And then Books also played, and she didn’t even have an amp. It was just her guitar and her voice.”

“The one thing everybody asks first is whether or not we’re paying our artists,” Nordyke says. “That model has changed over the years. But right now, across the company [of Sofar Sounds], we always pay our artists $100, no matter how big the show is and no matter how many people show up.”

And while he knows $100 doesn’t exactly pay the rent, Nordyke’s hope is that it comes in handy.

“It’s going to be something that can be sustainable for musicians here,” says Nordyke, adding that he’ll eventually have to start having repeat artists at Sofar shows down the road. “I obviously can’t make their careers off of $100 shows, but it’s just giving them something a little bit extra. So they could save that $100 and go record, or save that $100 and buy a new guitar.”

Note to Readers: What are your thoughts on how local musicians are paid in Indy? Do you feel the city is a sustainable place for working musicians? Let us know by contributing to this poll.

Reflections on Another Year of ‘Cheers’ and ‘Peace’ in Fountain Square

With a new album out on Bloomington-based label Secretly Canadian, the Chicago indie-rock band discusses why the Midwest just feels like home.