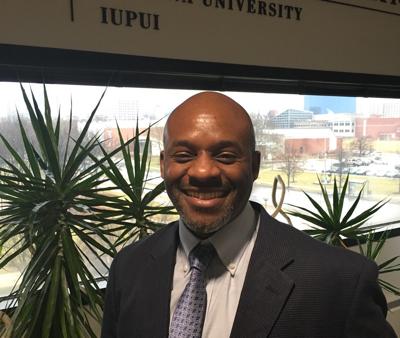 In addition to working as managing editor for NUVO, I'm a research assistant for the IUPUI Arts & Humanities Institute (IAHI). During a recent weekly IAHI Zoom meeting, the research assistants and scholars were talking about the wealth of titles of books and movies on the subject of systemic racism, but aren’t widely known. Then we started brainstorming. We know that many are learning about concepts like white privilege in the wake of George Floyd's death at the hands of Minneapolis police, and want to know more. In the past, IAHI staff have drawn up different types of lists of reading suggestions, or listicles, and published them on the IAHI blog. IAHI director Jason Kelly suggested something similar for publication in NUVO. We decided to send out an invite to IUPUI scholars from a broad range of disciplines to draw up reading lists for the public at large.

This contribution, by associate professor of science education Jomo W. Mutegi, at IUPUI, is the second in our series.

Just as racism (white supremacy) has given us inequitable social structures, it has also given us inequitable perceptions. So, the understandings held by victims are markedly different from those held by perpetrators. As a consequence, victims of racism (white supremacy) who desire to better understand it (and its effects) require a curriculum tailored to their unique social, historical and political positioning. The following readings are offered as curricular resources for those who desire to know more.

Five (not so) easy pieces : book recommendations by Lasana Kazembe on systemic racism

1. The Autobiography of Malcolm X as Told to Alex Haley - Malcolm X

During the latter months of his life, Malcolm X met regularly with Alex Haley to share the story of his life. The substance of these conversations formed the foundation for the story that Haley wrote and presented as Malcolm’s autobiography. Together, X and Haley are masterful as they tell a detail-rich story of Malcolm’s life and use those details to simultaneously unpack the various ways that whites use systems and institutions to oppress Black people globally. This text provides a broad historical and contemporary overview of the imbalanced relationship between whites and Blacks that is the foundation of racism (white supremacy). As such it is a good introduction to this series.

One of the foundational presuppositions that supports racism white supremacy is the idea that people of European descent are the progenitors of civilization and modernity. All other people (if they have created anything at all) have been mere contributors to it. This false idea that when we are at our best, we make noteworthy contributions to Western arts, science, and history is one of many burdens borne by victims of racism. In this text, Poe disabuses us of that false idea. He offers several compelling and well-sourced arguments, which leave little doubt that African people have enjoyed advanced culture and civilization far longer than Europeans. Moreover, it is this African culture and civilization that provided the seeds from which Europe would eventually grow.

3. Christopher Columbus and the Afrikan Holocaust: Slavery and the Rise of European Capitalism - John Henrik Clarke

I once gifted this book to another parent in one of my son’s schools. When the parent saw me and thanked me for the book, she exclaimed, “I never knew we had an Afrikan holocaust!” Her response is not unusual. Whites spend an inordinate amount of time and money trying to convince victims of racism, that racism does not exist. Consequently, many of us do not realize that we are victims of racism event though we are living in the Afrikan holocaust. In this book, Dr. Clarke explores the role that various European nations played in the slave trade and the oppression of Afrikan people. In doing so, he lays bare the mentality that Europeans have towards the rest of the world.

4. The Miseducation of the Negro - Carter G. Woodson

“When you control a man's thinking you do not have to worry about his actions. You do not have to tell him not to stand here or go yonder. He will find his 'proper place' and will stay in it. You do not need to send him to the back door. He will go without being told. In fact, if there is no back door, he will cut one for his special benefit. His education makes it necessary.” This popular quote from Woodson’s seminal work captures the spirit of The Miseducation of the Negro. Woodson helps us to understand the impact that racism (white supremacy)  has had (and continues to have) on the Negro. Although it was originally written in 1933, it reads as though it could be written today. Woodson also helps us to understand how we are often unknowing, yet willing participants to our own oppression. Fortunately, he offers us solutions throughout the text, for those with the courage and resolve to enact them.

There is a Kenyan proverb which states that, “Until lions start writing down their own stories, the hunters will always be heroes.” Robert F. Williams is one of those lions. Although we rarely see it in the hunters’ retelling of the Civil Rights movement, the truth is there would have been little civil rights progress without armed resistance. A former U.S. Marine, Robert F. Williams organized the Blacks of Monroe, North Carolina to armed self-defense. He took over leadership of the National Association for the Advancement of Colored People (NAACP) and after filing for a charter with the National Rifle Association (NRA) he formed the Black Guard. In 1961 when Freedom Riders came through Monroe to demonstrate nonviolence, they were overwhelmed by the Klan. The Freedom Riders sought help from Robert F. Williams and the Black Guard, who eventually ensured their safety. This book is instrumental to our understanding of racism (white supremacy). It moves beyond the smokescreen of passive resistance to provide a truer picture of the history and the price of racial progress.

Jomo W. Mutegi is an Associate Professor of science education at Indiana University Purdue University Indianapolis (IUPUI), and Principal Investigator of the (ES)2 STEM Learning Lab. His research aims to better understand and disrupt systemic racism in the STEM education; and advance liberatory STEM curriculum. His research appears in several respected journals including: Journal of Research in Science Teaching, Teachers College Record, and The Science Teacher. An active member in the National Association of Research in Science Teaching (NARST), the American Educational Research Association (AERA) and the Indiana Evaluation Association (IEA), Dr. Mutegi has received over $3.6 million in external grant funding. Guided by the counsel of Dr. Amos Wilson who reminds us that, “The function of education is to secure the survival of a people,” Dr. Mutegi conducts research and creates educational materials aimed at securing the survival of African people. This work includes: K-12 curriculum development; production of science-related children’s books; K-12 teacher professional development; STEM program evaluation; and diversity, equity, and inclusion consultation. To learn more about the (ES)2 STEM Learning Lab, visit www.ES2RP.org.

The Indianapolis Public Library will offer e-books, audiobooks and videos that will help patrons explore issues about race and racial equity.