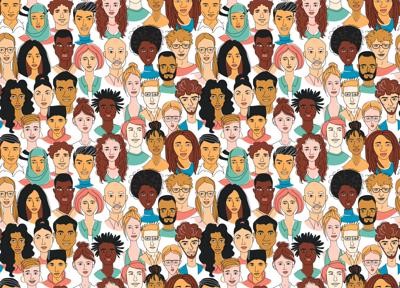 Is there just one way to be Black?

This isn’t rhetorical. I’m seriously posing this question because throughout my lifetime I’ve heard someone isn’t Black or Black enough based on the music one listens to, the way one dresses, the activities in which one participates, where one lives or attends school or any number of arbitrary markers that are deemed Black, not Black enough or not Black.

I remember when Barack Obama ran for president the first time, his Blackness was questioned. He’s not a descendant of slaves, so while he’s technically African American, he doesn’t share that experience.

I was reminded of this dilemma recently during a Breakfast Club interview with Corey Booker. Booker has been accused of not being Black enough. He said it’s quite ironic that the things he was raised to do: get an education, start a career and work hard at it and give back to your community are the things that make him “not Black” or “not Black enough” in the eyes of some.

But what is the Black experience? Does the Black experience only include poverty and struggle? We say we want to move out of poverty, attain wealth and live a life of safety and security, but those who actually do often are judged harshly as not Black enough — except if they continue to act “Black.” And, acting Black seems to only manifest in negative ways.

The people whose Blackness is questioned are often those who don’t behave in ways that are considered Black (i.e. thug, drug dealer), don’t live in the ‘hood and don’t understand “the struggle.” We wear all of these things as if poverty, jail and prison, living in high crime neighborhoods, etc. are a badge of honor. Those whose story doesn't fit this limited narrative aren’t Black or Black enough.

And wealth isn’t the sole indicator for who is or isn’t Black. Think about most hip-hop entertainers, they’re considered Black. Sean “Puffy” Combs is a millionaire. I’ve never heard anyone accuse him of not being Black enough, but Booker is. Go figure.

The only thing I can think of is we, as a culture, revere nonsense. When you actually do the things we say we want to do to move our families out of poverty and behave positively, we somehow become not Black enough. However, when you behave in ways that do more harm than good to Black people, that’s OK. You know our culture is jacked up when you malign the person who goes to college and praise (and make excuses for) those who commit crimes — in OUR neighborhoods!

How have things become so twisted?

We don’t have to wait on “The Man” to hold us down. We do it to ourselves every day when we decide Blackness is only this or only that. Being upwardly mobile isn’t a bad thing. Maybe our fear is that those who are upwardly mobile will forget all about those who aren’t, so we put constraints on our achievement.

It will be 2020 in mere days, and we still don’t understand that while being Black in America means we share a cultural experience, it doesn’t mean we all have the same experience. Being Black isn’t just one thing. We say want to the freedom to be our authentic selves, but yet we continually oppress each other with this not Black or not Black enough nonsense. It doesn’t matter what genre of music you like, how you dress or how you speak, if you’re Black, America will let you know. So why won’t we let each other be free?