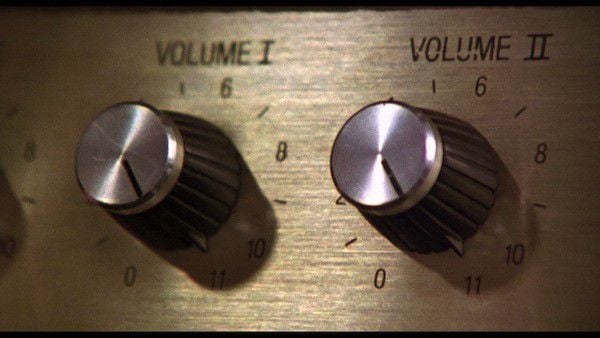 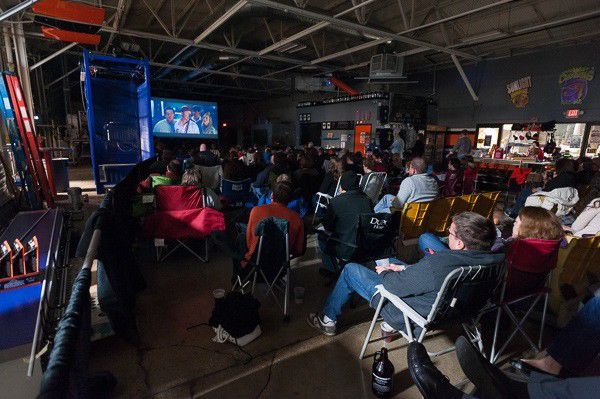 You can't say that Craig Mince, the president and COO of Indy Film Fest (as well as the sales and marketing manager for the Indiana State Museum's IMAX Theatre), didn't give you fair warning.

"You've got this little space and these massive speakers, and Spinal Tap is a film where the tagline is 'Turn it up to 11,'" he told me Friday. The "little space" is Do317 Lounge (on the second floor of the Murphy Art Center), and This Is Spinal Tap will be screened there Thursday as part of the Indy Film Fest's Roving Cinema series, which pairs cult films with venues that are somehow perfect for said films.

"We've been telling people, and we're not joking, to bring earplugs - or maybe we'll have earplugs at the door," Mince continued. "The beauty of this is we're going to crank it and it's going to get really loud, and it's the experience of watching the film in that venue in a very loud manner that's going to make it lots of fun."

And fun is what Roving Cinema is all about, according to Mince: "What the IMA does, what IU Cinema does, what Yes does down in Columbus, what the Indy Film Fest does, is get people to say that it's more fun to see these movies out and about than waiting to watch them at home."

The most recent Roving Cinema presentation at Sun King sold out a week in advance, and Mince urges interested parties to pick up tickets early for shows at venues with seating limitations. Indy Reads Books, which will host the next installment in the series, The Neverending Story, on Feb. 28, has room enough for only 50 seats, and there are two Sun King-based screenings on the calendar this year: Monty Python and the Holy Grail on June 5 and an audience-determined holiday screening on Dec. 11.

Also on the calendar for this, the first full Roving Cinema season, according to Mince (though the third year they've been presenting films in the series for three years): Fight Club in the City Market catacombs on May 16 ("It's spooky; it'll be fun to kill all the lights down there and see what happens," says Mince), and Waiting for Guffman on the Indiana Repertory Theatre upper stage on Aug. 29. Mince says he programs all the films for the series, sometimes starting with a film, sometimes with a venue.

Mince is glad to say that venues are now looking to Indy Film Fest to program Roving Cinema films, rather than the fest always having to reach out and make the pitch. The series was inspired, in part, by the Alamo Drafthouse's Rolling Roadshow series, which typically presented films in the places where they were filmed. That series never came to Indianapolis; Mince thinks Chicago was it's closest stop.

2013 marks the tenth anniversary of Indy Film Fest, which is soon to move into office space at 14th and Pennsylvania streets after vacating the Earth House last year following that organization's closing. That's hopefully a temporary location, according to Mince, who says the festival leadership is "getting the bits and pieces in place to move into a space that we can turn into an independent cinema house, somewhere we can program films in Indianapolis on a regular basis." Mince allows that the art or repertory house model is "flawed" in the era of home video, but he says that "rep theaters, if they're done properly and if you can find an audience, they can survive. Are they money generators? Definitely not. But we think Indianapolis is starving for these style of films."

Also on the festival's calendar are a spring series pairing a movie with food from a restaurant aligned with said film (Mince notes that a film about sushi might be paired with food from 45 Degrees), a fall series featuring movies about music, the festival's Oscar night fundraiser - and, of course, the Indy Film Fest itself, taking place in July. Mince says leadership is deep into the selection process for the festival: "It's hours upon hours of watching movies, and it's fun to sift through everything and put your eyes on something that a handful of people have seen at this point."