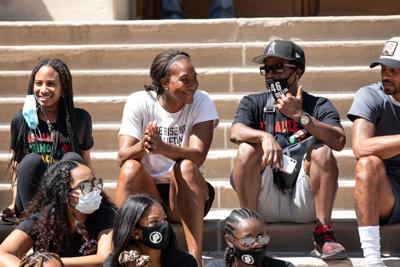 Sports celebrities participated in The Monumental March and Voter Registration rally on the south lawn of the Indiana Statehouse during the afternoon of Sunday, June 14. Hundreds of people gathered on the south lawn in advance of the event.

Former Indiana Fever player Tamika Catchings and former Indiana Pacer George Hill — currently playing with the Milwaukee Bucks — spoke to the crowd before marching to Monument Circle with a stop at the Indiana War Memorial.

“You have got to get registered to vote,” Catchings told the crowd. “For our young people that are growing up, you guys are our future. You are the ones who are going to lead this charge and lead us into  that next generation.  We're willing to step up but it's really on you guys. Today as we march, all of us together, one thing we got to know and one thing we've got to remember is that this is just not for today and just not for tomorrow and just not for the next day. This is for generations to come.” 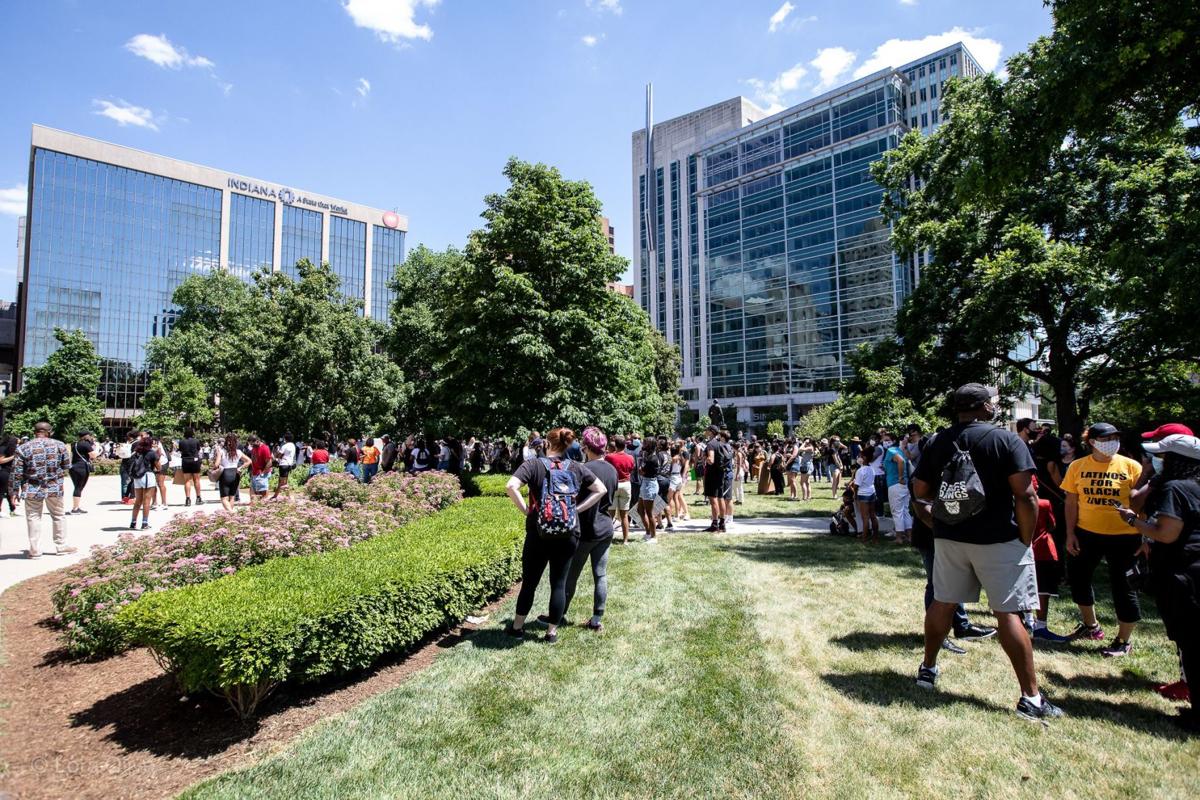 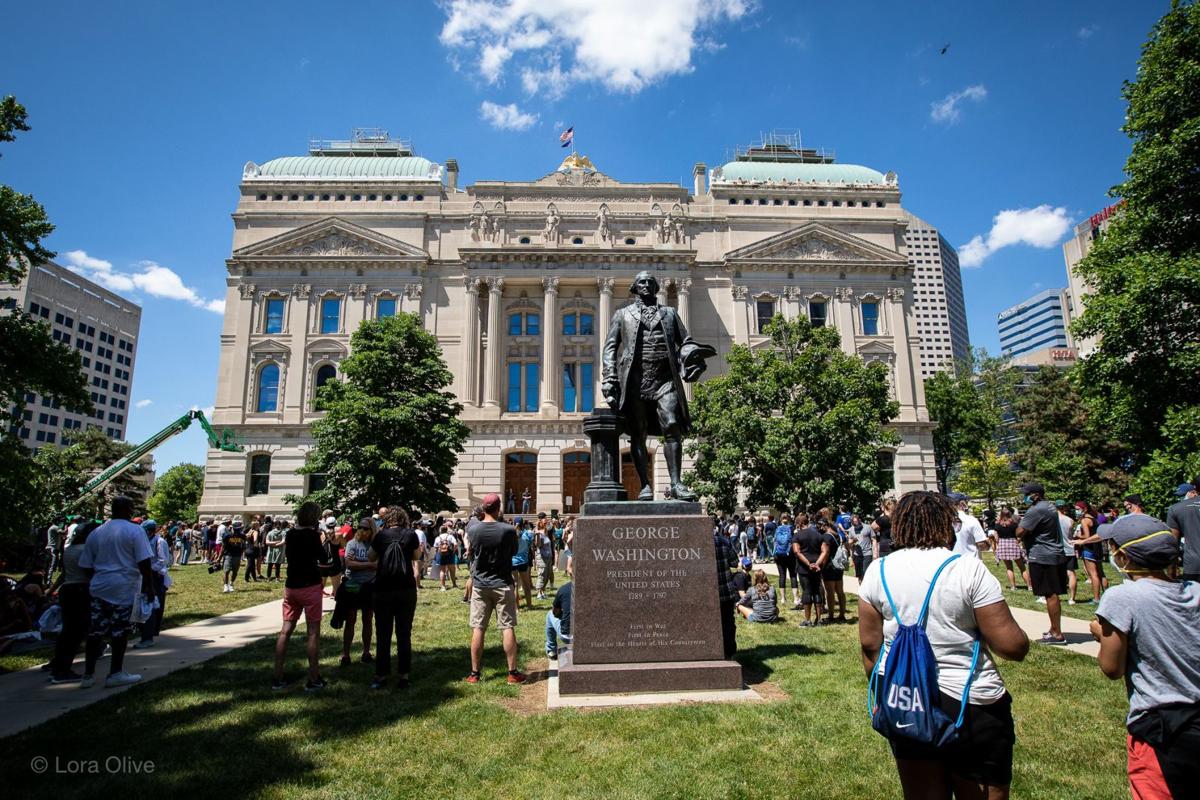 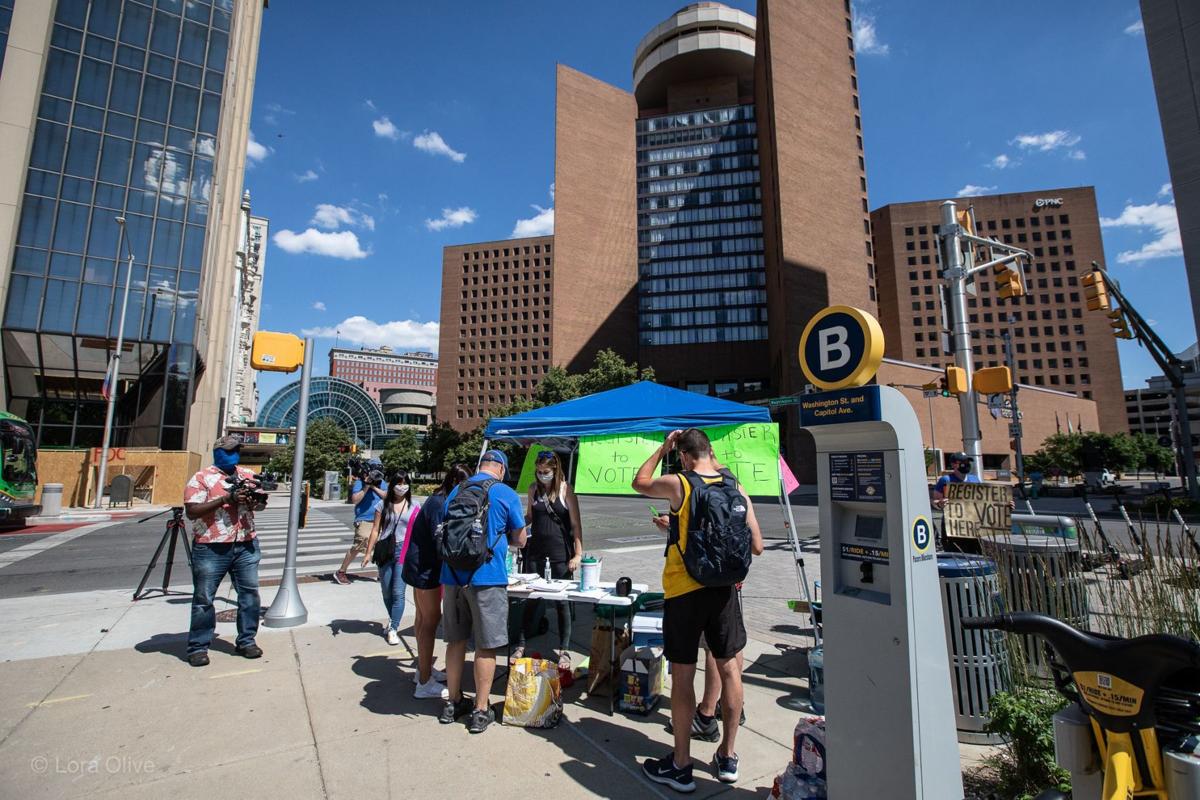 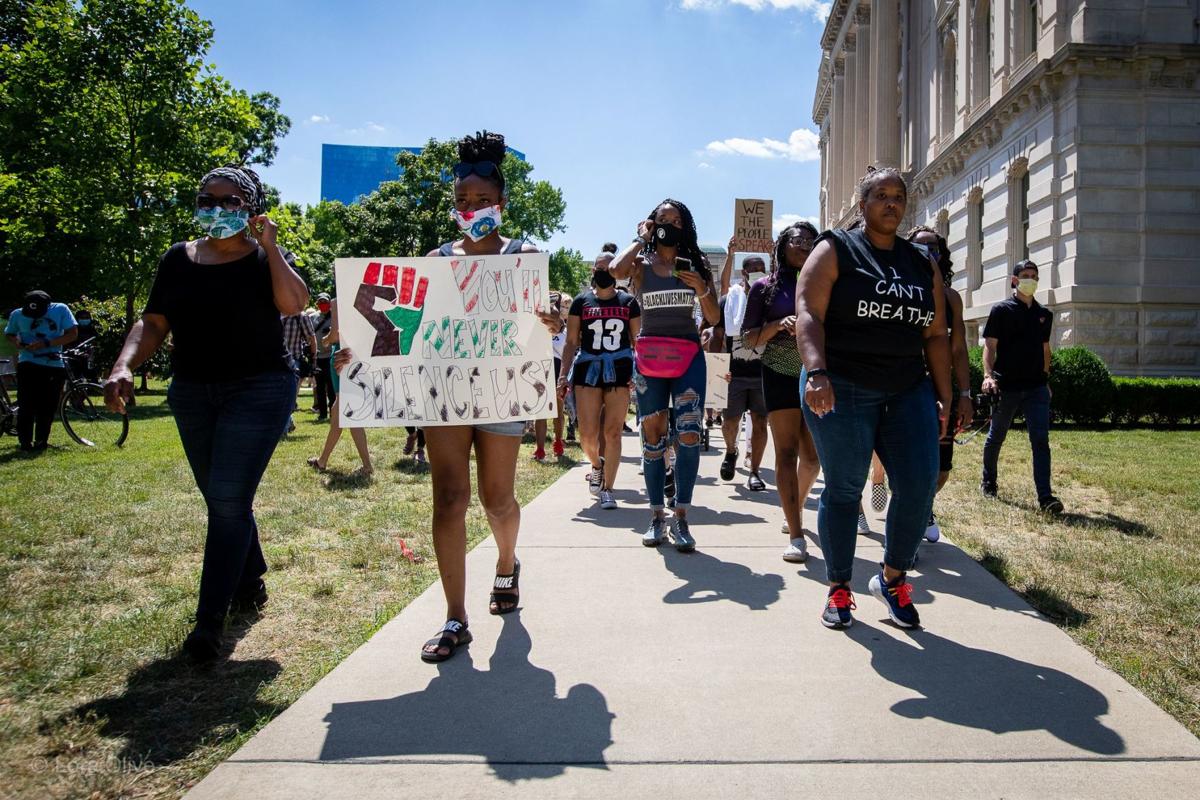 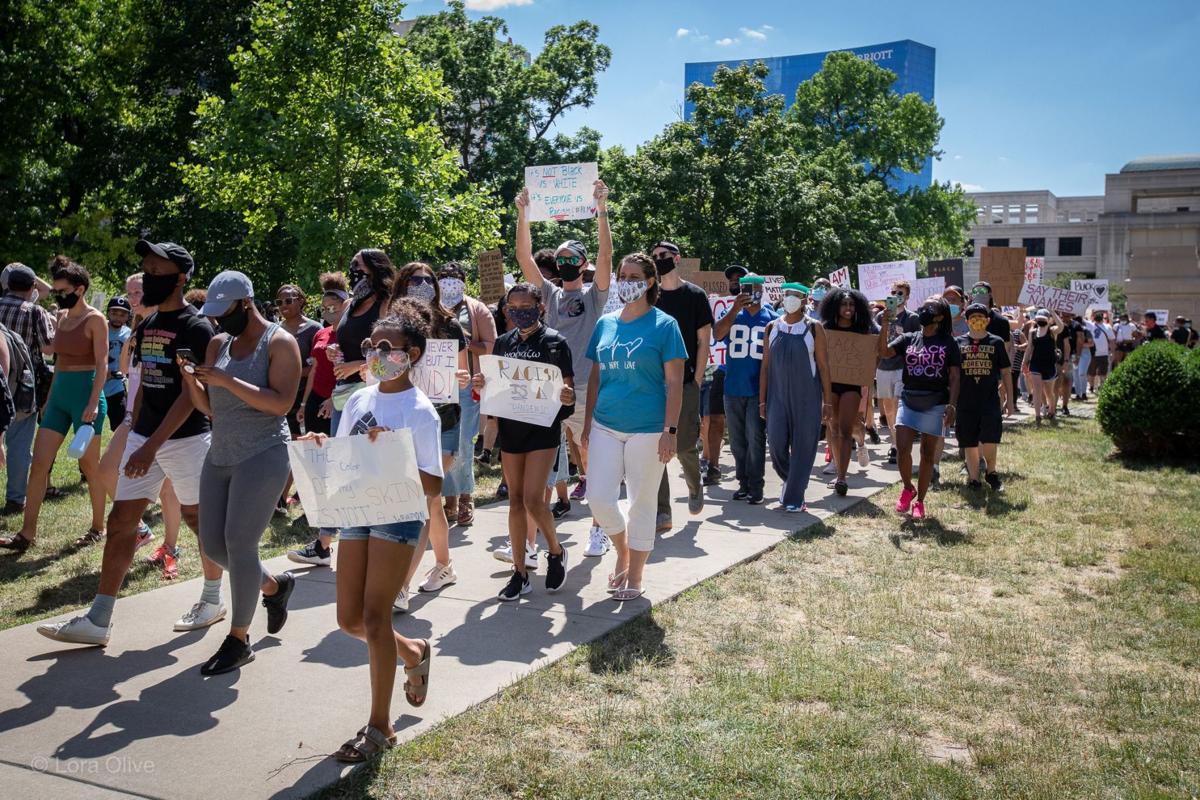 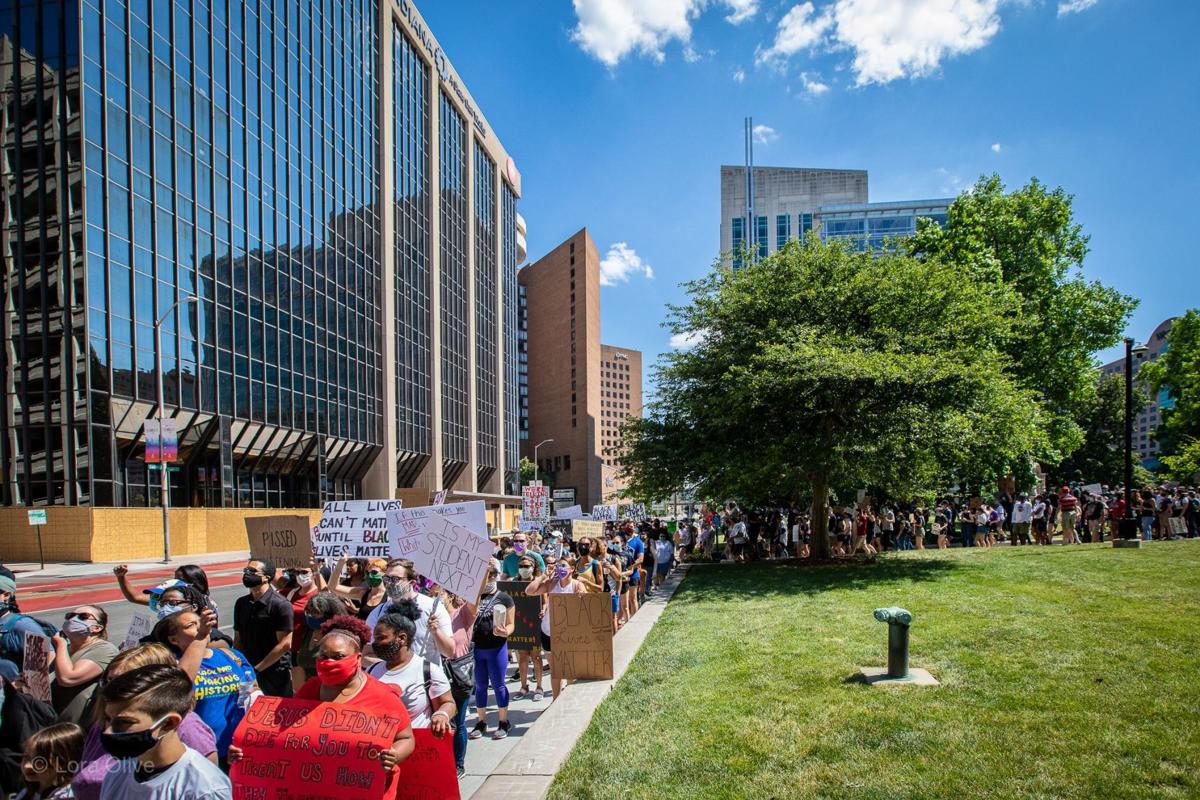 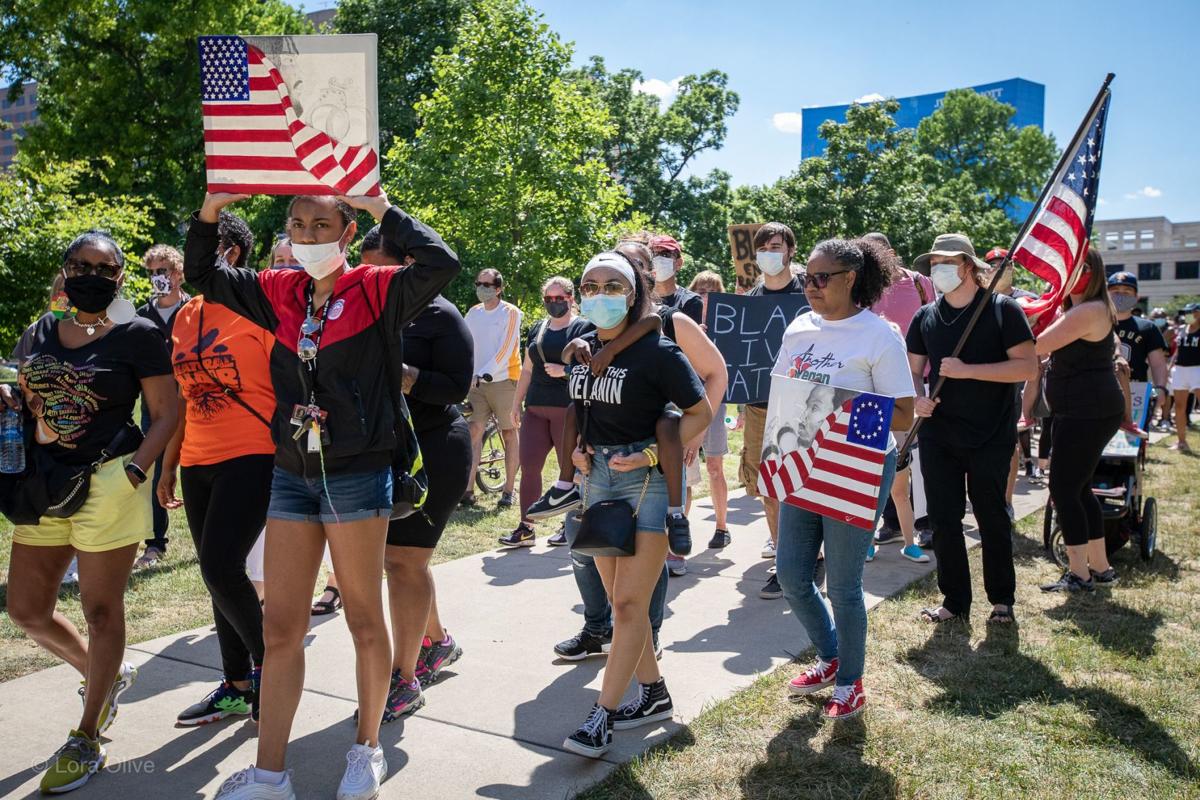 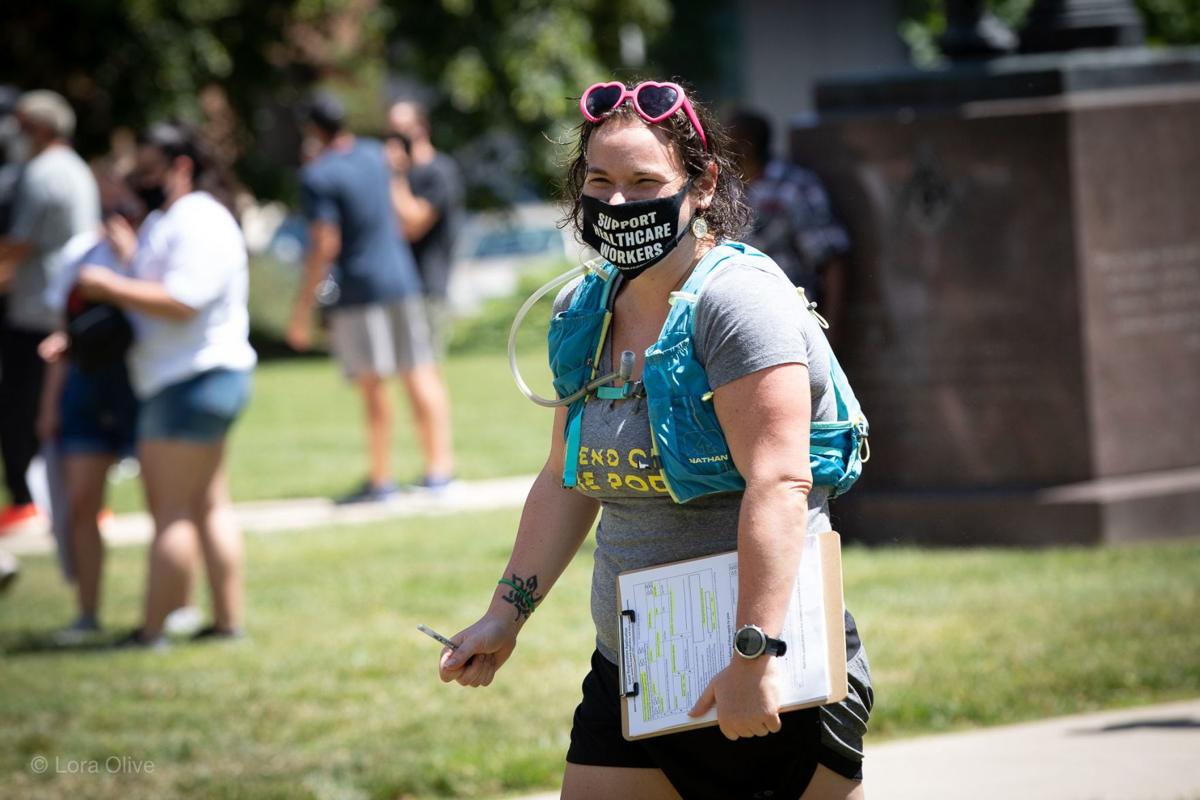 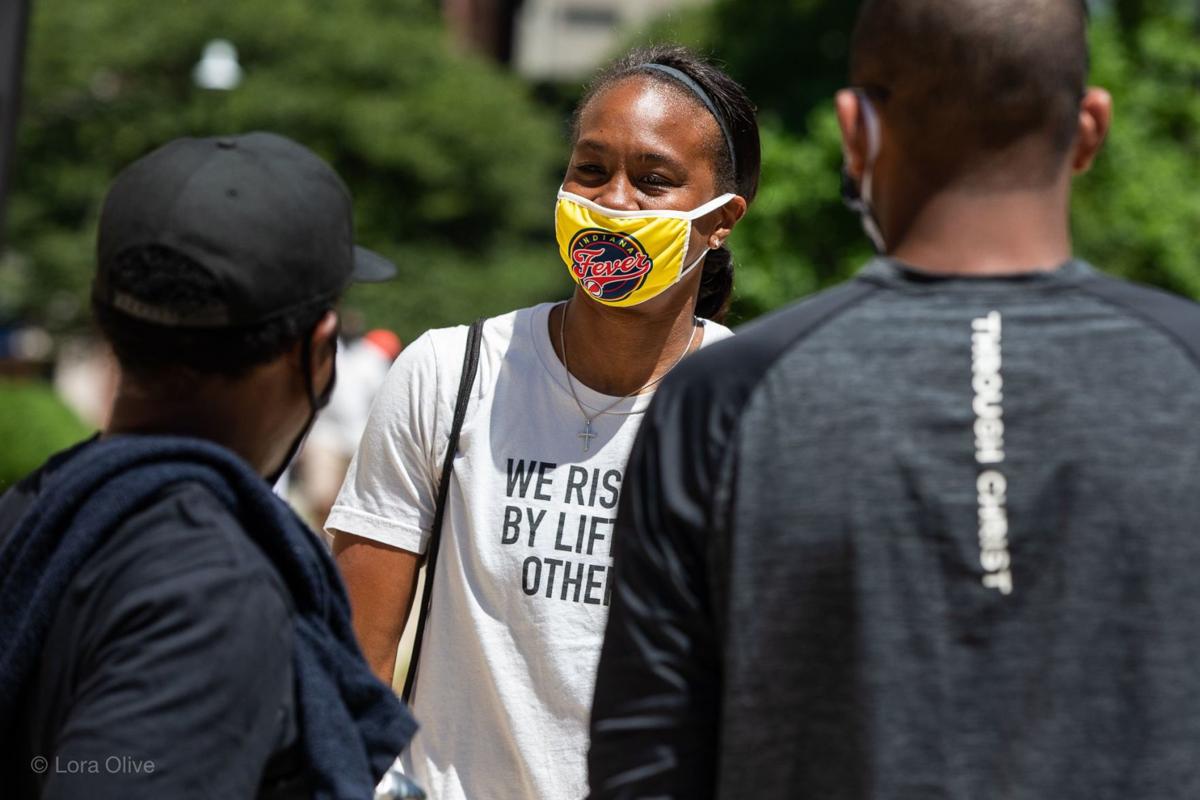 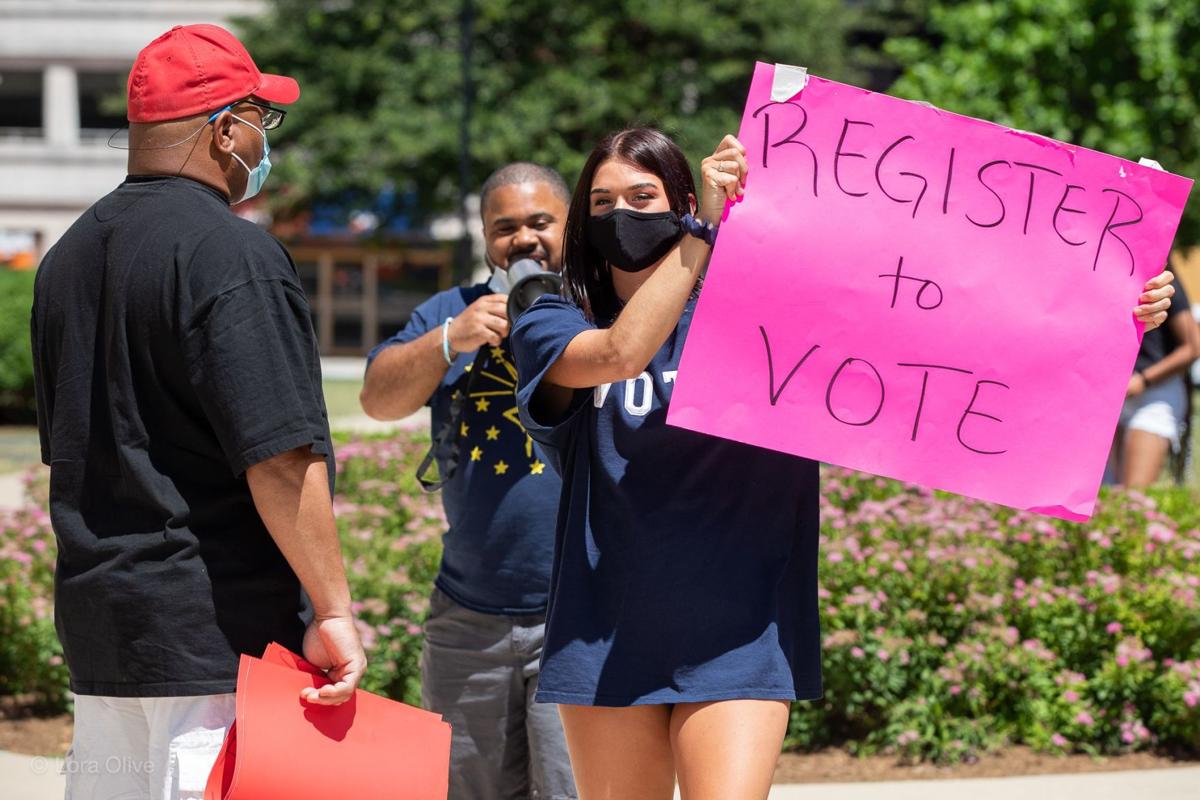 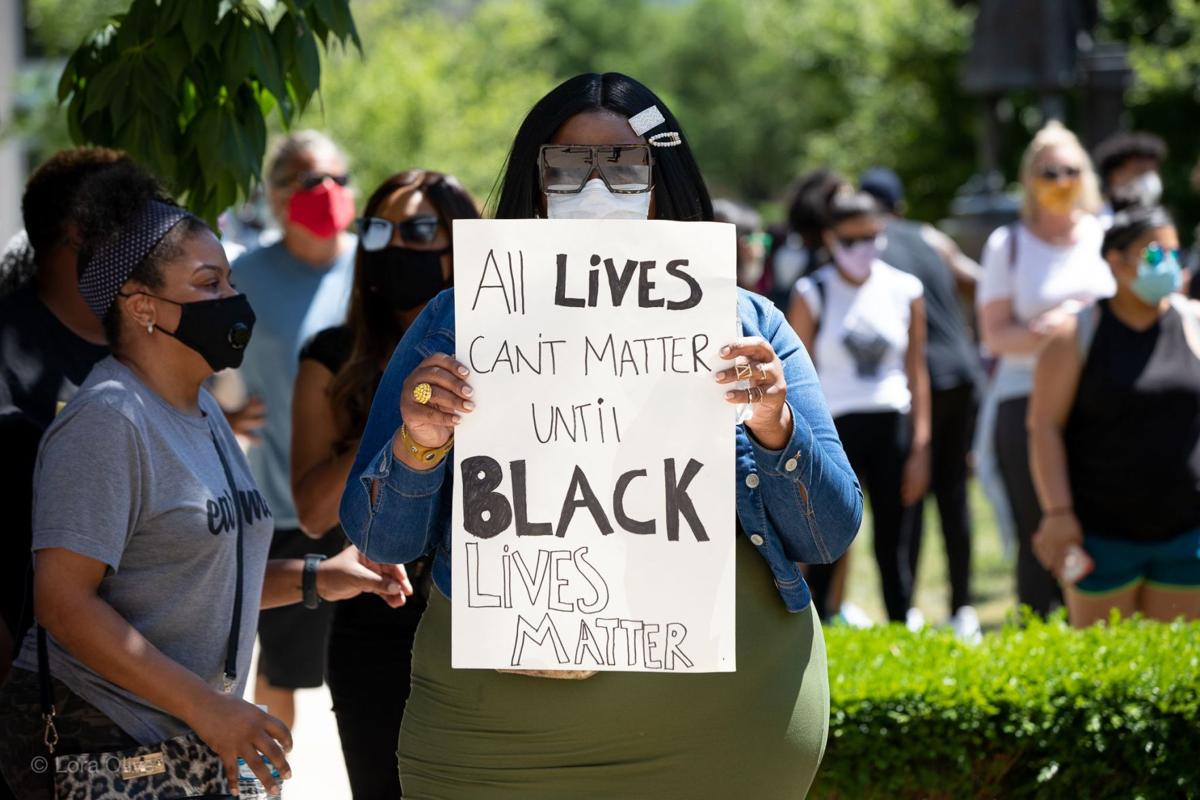 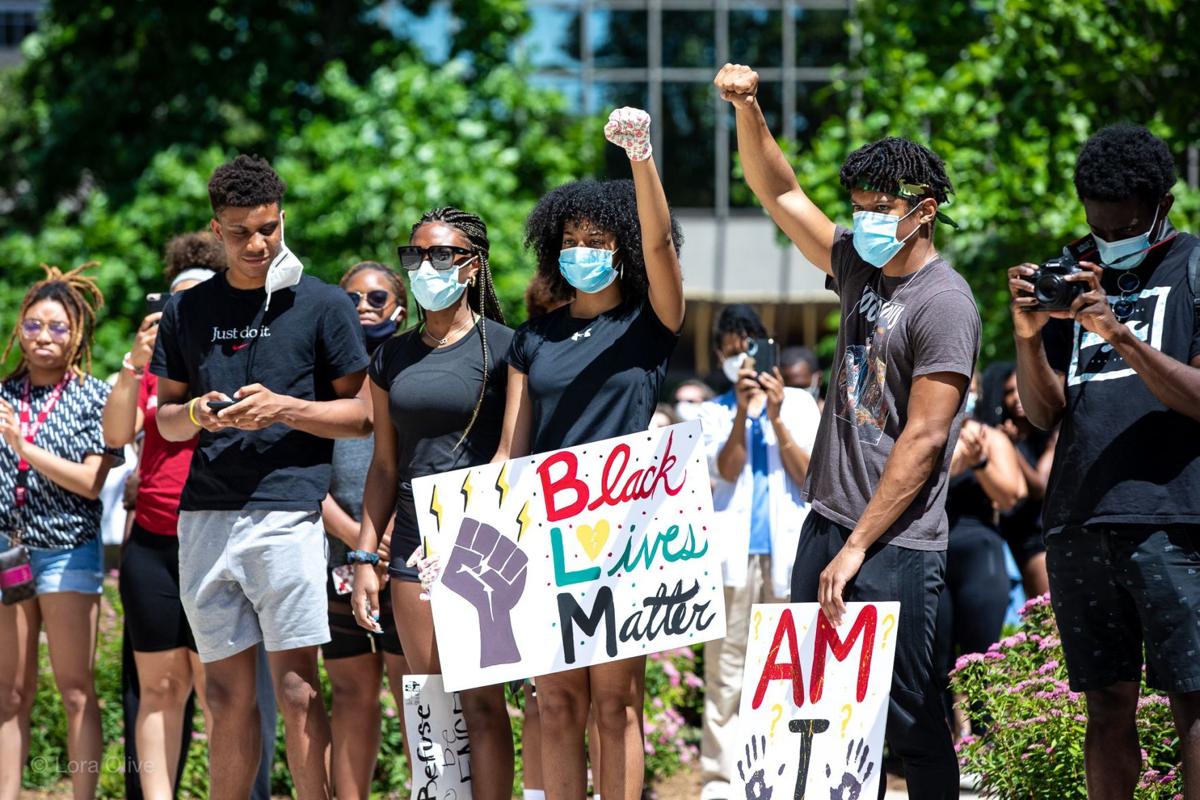 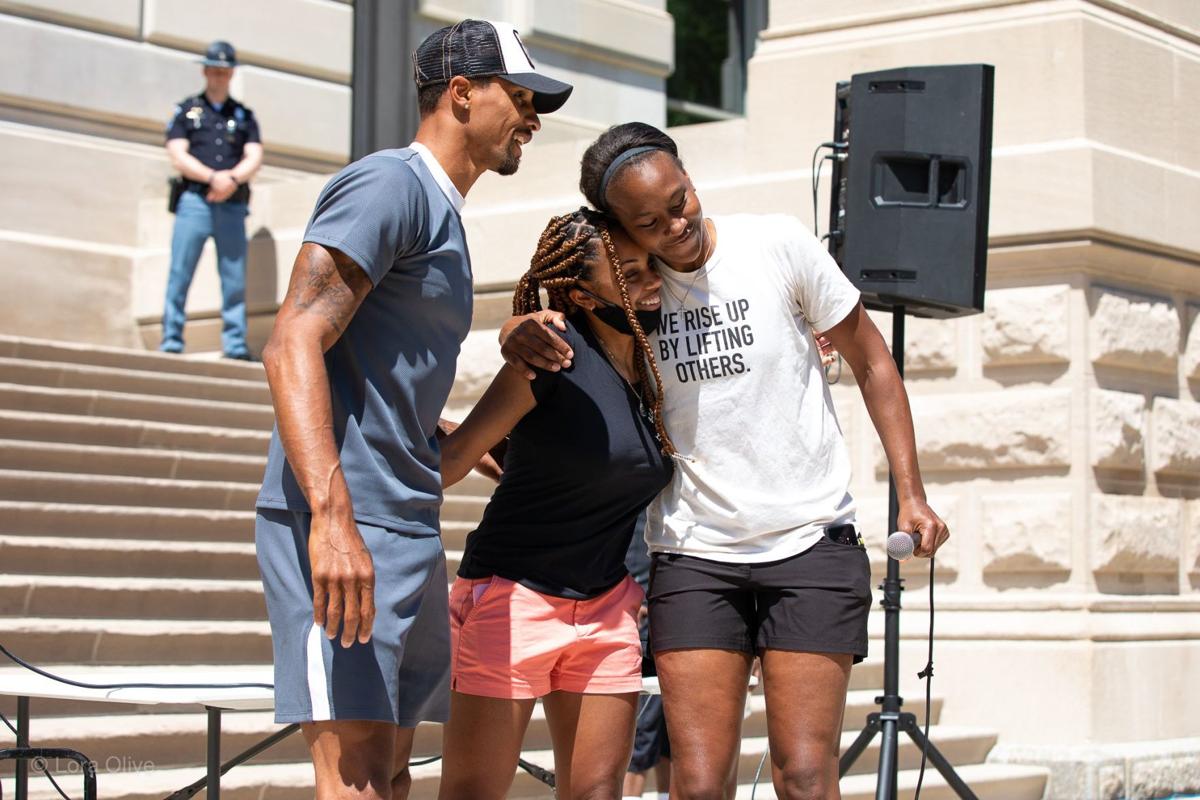 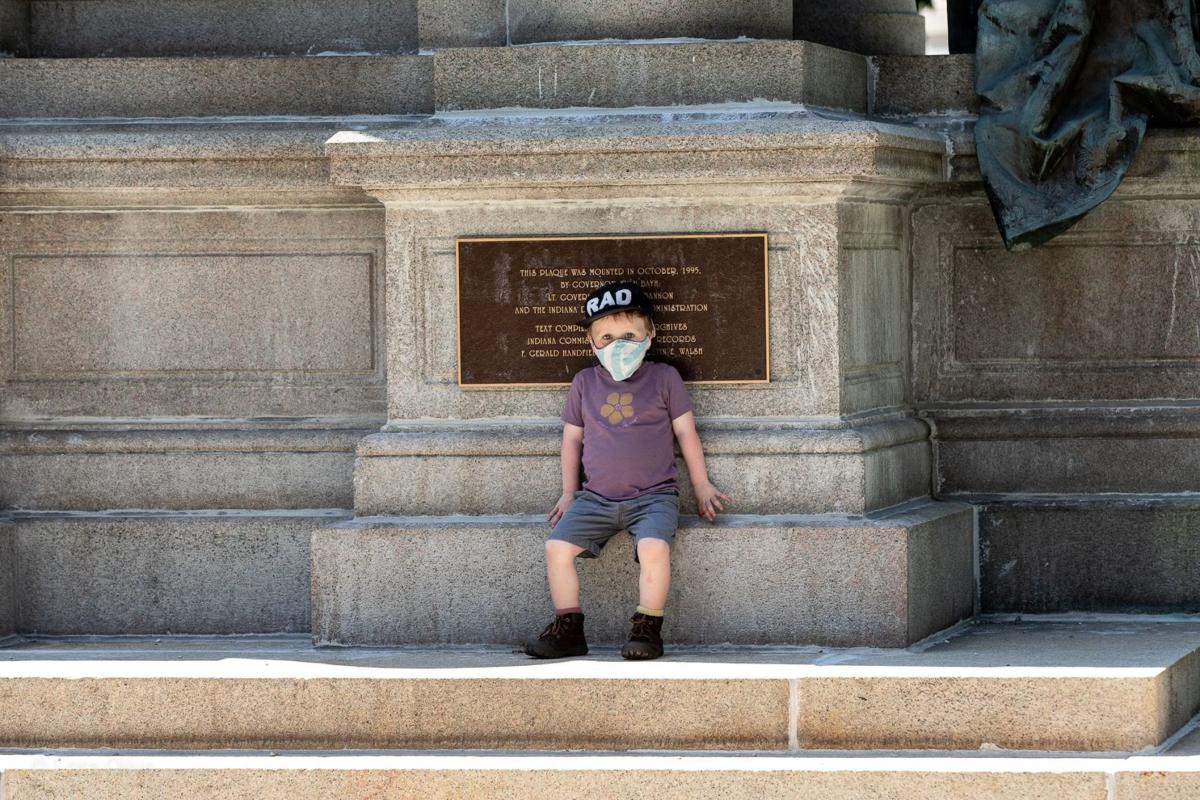 George Hill when he addressed the protesters, didn’t immediately implore the crowd to register to vote. Instead, he talked of his cousin, who died on June 12 last year.

“He got gunned down in the street, not by police but by Black-on-Black crime so it hits something deep in me,” he said.

He went on to describe the memorial held for his cousin the previous day.

"We had 100 kids and family out there and it ended up turning into a shootout again at the park we were at so basically getting shot at yesterday, me trying to grab my kids, to get them out of the way," he said.

Hill said that it was up to men and women — Black and White —  to hold each other accountable.

“We can be anything we want to be,” he said. “I grew up in the hood at 34th and Keystone so I know ...  Anything is possible if you just do what you have to do and stay forward."

Connecting to Smaller Galleries, Foods (both processed and organic), and to Waterways on First Friday