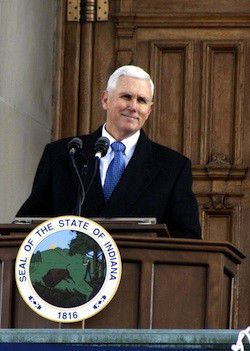 Gov. Mike Pence spoke to a crowd of about 1,500 people just minutes after he took the oath of office. 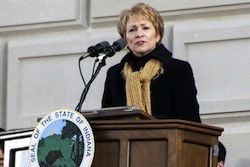 Republican Sue Ellspermann, a native of Ferdinand, Ind., speaks to the crowd after taking her oath as Indiana's 50th lieutenant governor. 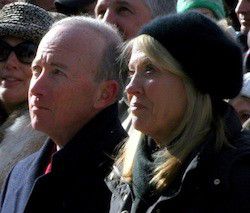 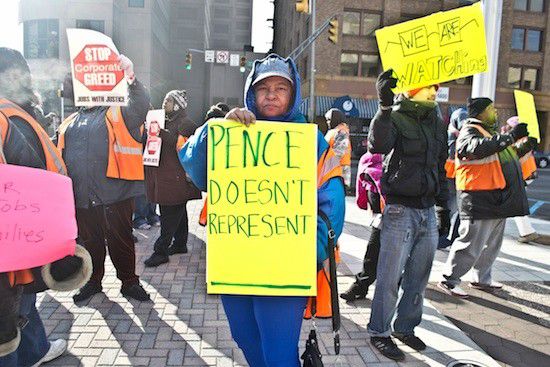 Bus drivers and Jobs with Justice members were among protestors demonstrating at the inauguration's edges. A small Idle No More demonstration occurred earlier that morning. 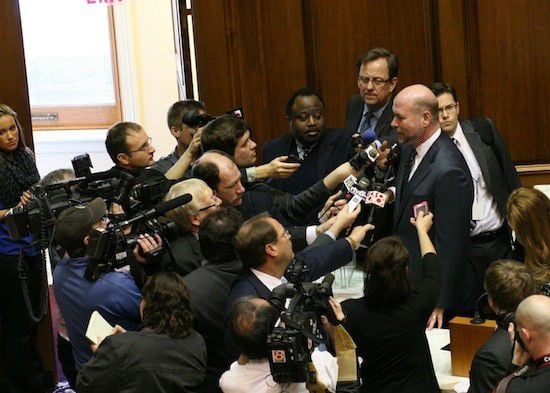 Gov. Mike Pence spoke to a crowd of about 1,500 people just minutes after he took the oath of office.

Republican Sue Ellspermann, a native of Ferdinand, Ind., speaks to the crowd after taking her oath as Indiana's 50th lieutenant governor.

Bus drivers and Jobs with Justice members were among protestors demonstrating at the inauguration's edges. A small Idle No More demonstration occurred earlier that morning.

to serve as Indiana's 50th governor Monday, promising in his speech to keep

"This is our time to shine," Pence, a Republican, said

as more than 1,500 onlookers bundled in hats, gloves and heavy coats looked on.

"Our state is poised for greatness."

Pence, as well as Lt. Gov. Sue Ellspermann and

Among the onlookers were former governors Mitch Daniels, a

service. He said that Daniels put Indiana on a track that makes it the envy of

"It's a good thing I'm only succeeding you, because no one

will ever replace you," Pence said to Daniels.

While Pence is saving most of his legislative agenda for the

upcoming State of the State address on Jan. 22, he did mention a few things

about the budget and education.

"We must continue to live within our means," Pence

said. "Hold the line on spending. And let Hoosiers keep more of their hard

earned income. We dare not squander this opportunity. We want to leave our

He talked about the challenges of education and said that they

can fix the problems with the system. He said that his wife, Karen, who is a

teacher, never fails to remind him that Indiana has the very best teachers.

"We must work together to put kids first," Pence said.

Democrats said they were looking forward to working with Pence

during this session and seeing what steps he will take during his first term.

"We look forward to seeing his full legislative agenda

hope it will focus, as he pledged, on jobs and the economy and not on issues

that will divide our state."

Pence said that Indiana is "the heart of the heartland"

individuals. He also spoke at length about Indiana's flag, saying the torch

emblazoned in the center signified light in a dark

time for the nation. He said that once again, Indiana is poised to be a light

"For many Americans, today is another time of uncertainty,"

Pence said. "It is a time where the disconnect between those who serve and

the served has never seemed wider. But not here in Indiana.

Indiana has chosen a different course."

Union protestors could be heard shouting down the street from

the inaugural ceremony. They were upset at changes the Department of Workforce

"We had already planned this day to come out and protest,"

and promised to honor that trust.

"The time is now and the air is cold," Pence said. "So

let's get back inside and get to work. The best is yet to come."

After the ceremony, Pence and Ellspermann

Zach Osowski is a reporter for TheStatehouseFile.com, a news