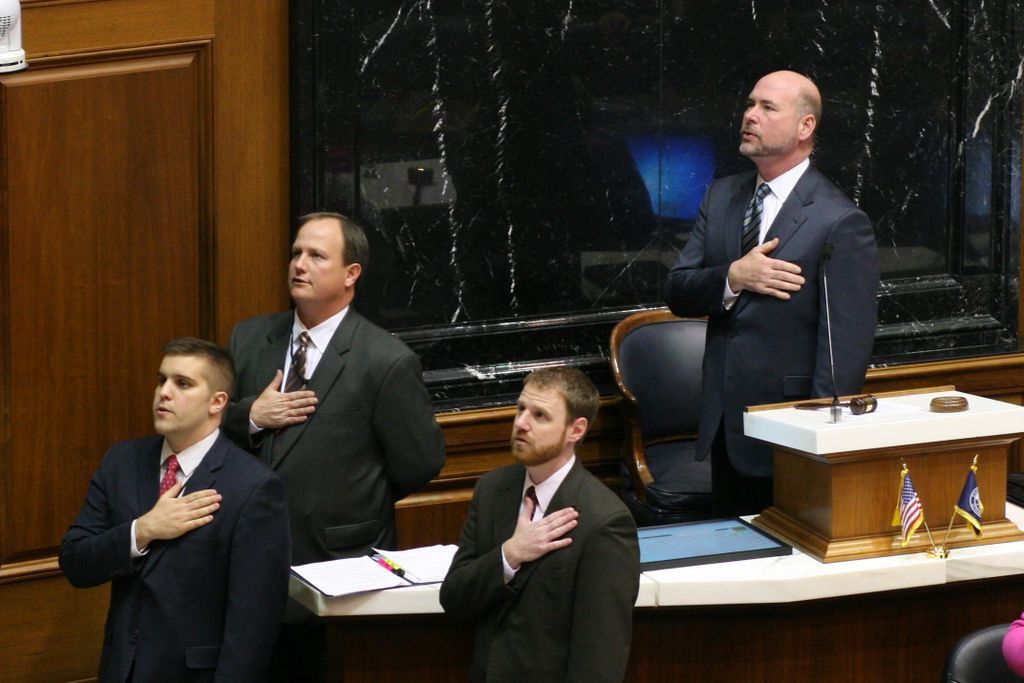 A rare moment: when everybody agrees to focus on the same thing. 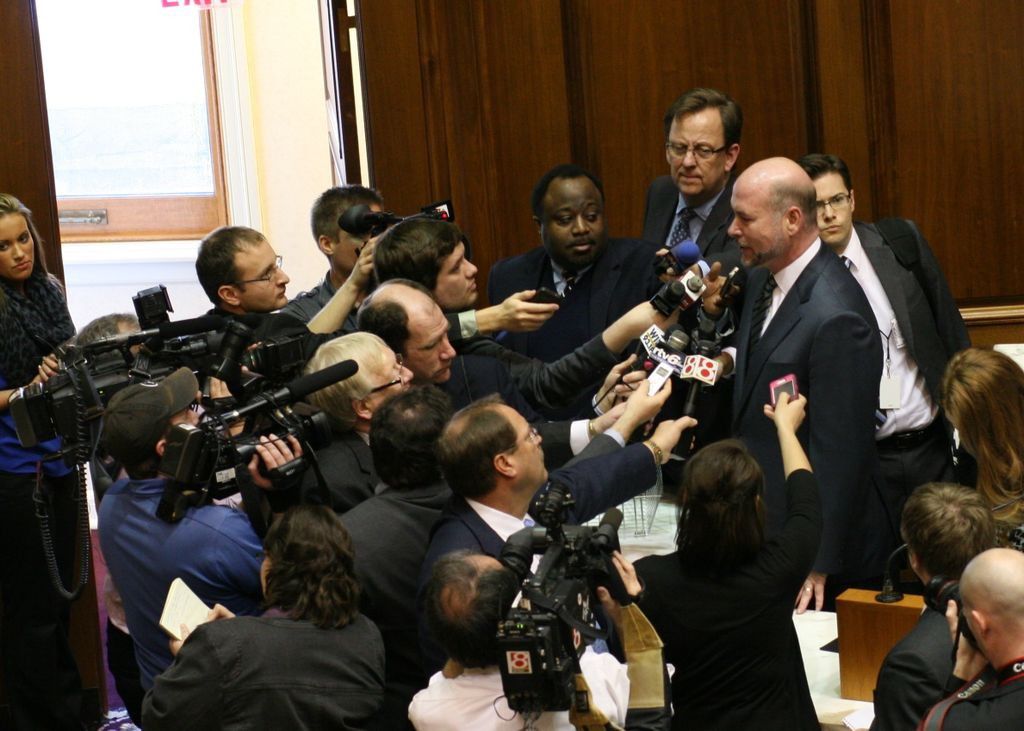 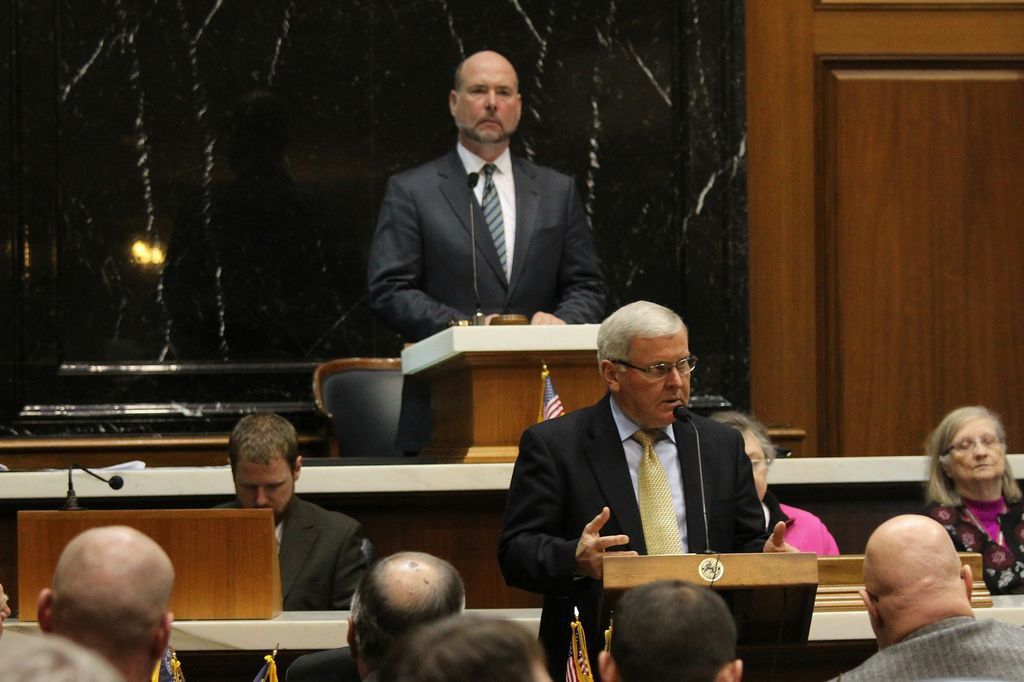 A rare moment: when everybody agrees to focus on the same thing.

The 2013 legislative session began Monday with brief meetings in the Indiana House and Senate and majority Republicans pledging to focus on jobs and fiscal issues - but a key Democrat asked for a time-out for any discussion of social issues.

"On behalf of my caucus, I am calling for a two year moratorium on social issues," said House Minority Leader Scott Pelath, D-Michigan City. "And you know what they are."

Among them is proposed constitutional ban on same-sex marriage, a proposal that has passed the General Assembly once and needs approval this year or next to go on the ballot for ratification in 2013. Social conservatives say they plan to push for the amendment but House and Senate leaders have not said what will happen to the proposal.

And already in the Senate, lawmakers have proposed bills that would put new rules in place for abortion providers.

But key Republicans say their focus this session will be on writing the next two-year budget and creating jobs - challenges they take on as Republican Mike Pence prepares to take over as governor. Pence has proposed a 10 percent income tax cut but legislative leaders are skeptical, saying they're not sure the state can afford it.

Rep. Tim Brown, R-Crawfordsville, chairs the Ways and Means Committee, which will handle tax bills and drive the budget process on the House side.

In the Senate, two committees have that task. The Appropriations Committee, chaired by Sen. Luke Kenley, R-Noblesville, and the Tax and Fiscal Policy Committee, led by Sen. Brandt Hershman, R-Buck Creek, share that load.

John Ketzenberger, president of the Indiana Fiscal Policy Institute, said the budget discussion will focus on many issues. Among them, he said, would be education, transportation funding and Medicaid.

Ketzenberger said that he expects the Senate to have a large impact on the budget this year because House Republican leaders will have to get used to handling their new super-majority - a quorum-proof majority that allows Republicans to meet without Democrats present - and Brown will be in his first session on Ways and Means.

"They (Senate leaders) have the veteran leadership in the key committees," Ketzenberger said. "And they know how to work with a super-majority, which is harder than it sounds. I expect to see Hershman and Kenley's fingerprints on this budget."

Ketzenberger said that Brown has a big learning curve ahead of him.

Brown acknowledged that he does have a lot to learn but said that the people on the committee will help him. His focus for this budget will be ensuring that schools get the funding they need.

"K-12 education is the biggest line item," Brown said. "Every legislator in the state thinks about their local districts and school corporations so that will be the number one issue."

He said there are some overarching issues to be addressed.

He is also in favor of pre-kindergarten education.

"We're looking to reward age-appropriate education and if we can do that with federal dollars and grants, we'll be looking forward to that," he said.

But Kenley said he's more focused on funding for higher education than he is for pre-school.

"I just don't see how we get to that discussion this year," Kenley said. "Nobody who's advocating for pre-K funding has done so on anything other than a philosophical basis. I haven't seen any numbers on what they think it costs to educate pre-K children."

"Our revenues from the gas tax have been going down the last few years so I'm a little worried about the situation there," Kenley said.

Despite the December revenue report forecast that showed continued growth for Indiana, Kenley was hesitant to promise an increase in spending. Brown said he had already been hearing from agencies and programs that have had funding cut in the last couple years asking for some of that money back.

Pence's tax cut proposals will also be part of the discussion.

A recent survey conducted by Ball State University and WISH-TV showed that a majority of Indiana residents are against the tax cut. In fact, 64 percent of those polled said they would rather see the government spend more money.

Ketzenberger said that there are a couple of things that could derail the Pence tax cut, one of which is the economy. Early revenue forecasts have shown slightly less growth in the next year or so than Pence's team originally predicted.

"The economy has as much of a chance to derail this plan as anything," Ketzenberger said. "I don't think anyone should count too heavily on it."

Brown too said there were some factors that needed to be analyzed before the proposal could be considered.

"I think we need to look at what revenues are going to be coming into the state in the first quarter," he said. "Will we see a flat-line of receipts coming in through individual income and sales? That would make me a little bit concerned that we just aren't expanding at the rate we need to."