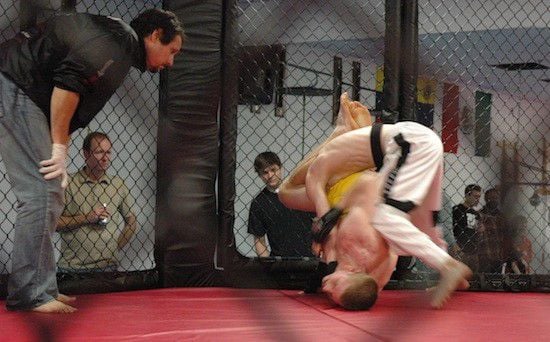 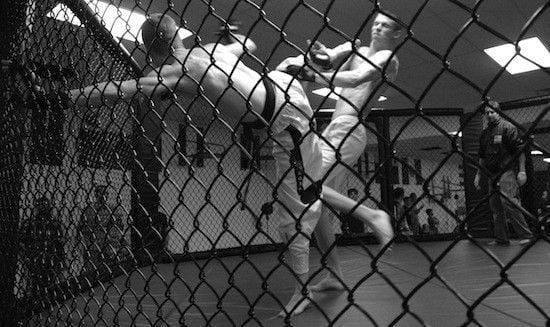 TKO Taekwondo as the final stop on the Suck It Up Super Bowl Tour 2012.

"Suck it up every day no matter what," McManus

to hear and understand if they want to achieve greatness.

"If they're not training everyday, believing, they'll

never make it at MMA or football or anything. You've got to suck it up and make

McManus, his brother and MMA crew culminated their 2012 tour

at their Indy stop.

He congratulated Brochin, a former Olympian and taekwondo

and the energy the city has channeled into Super Bowl XLVI.

"Indianapolis has been incredible for Super Bowl

Editor's note: News editor Rebecca Townsend's daughter trains at TKO. But no financial incentive was offered to covered the event. This coverage was driven primarily by a love of fighting and the spirit of celebrating the "suck it up" spirit of the Super Bowl. Welcome to Indy, football (and MMA) fans!