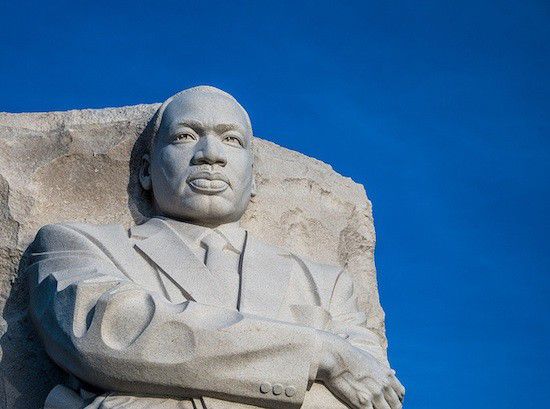 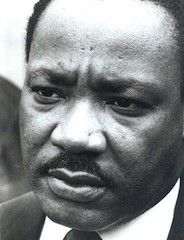 This year's presidential inauguration falls on Martin Luther King Jr. Day, and in honor of that, Michelle Obama has designated Saturday, January 19, as a National Day of Service.

"A full life means giving back to our community and our country," Mrs. Obama said in a video calling the country into action.

True service, however, is not limited to just one day out of the year. Anyone can give back to community, from the youngest of citizens to those forever young at heart. It's as easy as picking up a few pieces of trash in your local park, preparing a hot meal for the hungry, or dropping off used items at your local shelter or thrift store. You can even serve with just your time by visiting those who are ill or unable to leave their homes.

But if time is something you find yourself short on and you still want to participate in honoring the legacy of Martin Luther King Jr., here are some community events and celebrations that you can attend in the next few days.

Living in the Footsteps of a King

A program inside the Indiana Statehouse will feature the Indiana Civil Rights Commission and the Martin Luther King Jr. Indiana Holiday Commission as well the Broad Ripple Magnet School Golden Singers Choir. The keynote speaker will be Gary Brackett, former Indianapolis Colts linebacker and Super Bowl champion. The event is free, but space will be limited.

The Indianapolis Public Schools will be broadcasting a program live at 10 a.m. from Crispus Attucks Medical Magnet High School. The theme "Let There Be Peace on Earth and Let It Begin with Me" will be demonstrated through speeches and performances. While people can attend the program, it will also be aired in IPS classrooms and on cable television (Channel 20 on Comcast, Channel 99 on Bright House). The Crispus Attucks Museum, located on the school's campus, will be open to visitors after the presentation for the viewing and discussion of a documentary based on King's life. Admission to both programs is free.

Media personality Tavis Smiley, who grew up in Kokomo, and Princeton professor Cornel West will be making a stop in Indianapolis on their "Poverty Manifesto" lecture tour. The event, which features the speakers as well as a Q&A session and a book signing, will be held at Clowes Memorial Hall on Butler University's campus. Admission is free and tickets are not necessary to attend.

The Peace Learning Center will be celebrating Martin Luther King Jr. Day with music, art, dancing and workshops at its annual MLK Community Festival. This year's keynote speaker is Kizito D. Kalimo, a survivor of the Rwandan genocide and co-founder of the Amahoro Project. The event is free and lunch will be provided.

In honor of Martin Luther King Jr., and to kick off the inauguration ceremonies, President Barack Obama and First Lady Michelle Obama have called for Americans across the country to participate in a day of service with them. For more information, and to find service opportunities in your area, visit www.serve.gov.

This annual dinner and awards ceremony honors the life of Martin Luther King Jr. and the legacy he left. The theme for this year's event, sponsored by the IUPUI Black Student Union, is "To live as brothers, or perish as fools." Bobby Seale, who helped found the Black Panther Party, will be the keynote speaker. Doors will open at 5:15 p.m., and dinner will begin promptly at 6 p.m.

Where: Indianapolis Museum of Art

A day of free programs and activities at the Indianapolis Museum of Art includes an exhibition featuring Indiana designers called An American Legacy: Norell, Blass, Halston, and Sprouse. Visitors can help create a large community weaving inspired by the exhibit. A screening of Sing Your Song, a film on the life of Harry Belafonte, will be shown in The Toby. Through the Peace Learning Center, a civic engagement initiative called Focus 2020 that aims to make Indianapolis a more dynamic community will also be present to listen to Indy residents express their hopes for the future of the community.

The Rhythm of Indiana Avenue

A special discussion and performance in honor of Martin Luther King Jr. Day will be held at the Rhythm! Discovery Center. The program, called The Rhythm of Indiana Avenue, is presented in association with the Indianapolis Jazz Foundation and The NAMM Foundation and includes a presentation on the street's jazz tradition as well as a group performance of jazz standards. Admission to the Center on Monday, January 21 is free from 10 a.m. to 5 p.m.

The Madame Walker Theatre Center will live stream President Barack Obama's second inauguration for free as part of their annual Dr. Martin Luther King Jr. Celebration Program. A free continental breakfast for the first 150 people will be provided at the Indianapolis Urban League at 9:30 a.m., followed by a short "Freedom Walk" down Indiana Ave to the theatre at 10:30 a.m. The program begins at 11 a.m.

The Indiana Historical Society, normally closed on Mondays, will be open on January 21 in honor of Martin Luther King Jr. Day. The full day of activities, presented by IndyGo, will include dance, music and storytelling performances. The IHS will also show coverage of the presidential inauguration. The day also marks the kick-off of the 2013 Indiana Black History Challenge, during which participants learn about black Hoosier athletes and test themselves by taking an online quiz.

MLK Day at the Children's Museum

Where: Children's Museum of Indianapolis

The Children's Museum of Indianapolis will open its doors to the public for free on January 21 in honor of Martin Luther King Jr. Day. Special activities and performances will be held throughout the day.

Price: Free with a canned good donation (one per person per attraction)

White River State Park, in partnership with Gleaners Food Bank, is once again offering free parking and free admission to its six major attractions with the donation of a canned good item. In addition to the various exhibits and special presentations at the attractions, free health screenings will be offered at Victory Field from 11 a.m. to 2 p.m. Health screening participants will receive two free tickets to Opening Day at Victory Field on April 4.

The IPS Crispus Attucks Museum, located on the downtown campus of Crispus Attucks Medical Magnet High School, will be holding special free screenings of the rarely seen documentary "Legacy of King." There will be two screenings that day, one in the morning and one in the afternoon. In between the showings, the museum will be airing the presidential inauguration ceremony.

Where: Our Redeemer Lutheran Church

An interfaith service in honor of Martin Luther King Jr. Day will be held at Our Redeemer Lutheran Church, located at 3421 N. Park Ave. between 34th Street and Fairfield Avenue. A community awards luncheon catered by Elease Womack of Unleavened Bread Cafe will follow the 11 a.m. service.

The world-famous Harlem Globetrotters will be in town on Martin Luther King Jr. Day. Join them for an afternoon of fun, entertainment, and athleticism. The game tips off at 2 p.m.

The Melody Inn Reception Hall will be hosting "a neighborhood party for anyone that may be down on their luck." People who would like to bring prepared dishes to the event must email outtaluckpotluck@gmail.com. Donations of clothes and canned food are also welcome during normal business hours. Visit the event's Facebook page for more information.

Looking for an opportunity to give back? Indy Reads Books is inviting people to stop by their Mass Ave location to help organize shelves and sort through donated books, among other things.

Day of Service at IUPUI

Hundreds of students, faculty, and others will be participating in the IUPUI Day of Service, now in its 12th year, by performing acts of service around the city in honor of Martin Luther King Jr. This year's theme is "Be Relentless." Registration ends on Tuesday, January 15, and is required to participate. Due to the size of the event, no walk-ins may participate.

The Hendricks County Alliance for Diversity is sponsoring an event that will feature Pat Payne, Director of the Crispus Attucks Center, as the keynote speaker. She is also the founding president of Indiana's chapter of the National Association for Multicultural Education.

The Children's Theatre of Cincinnati will be performing a play on the life of Rosa Parks at The Commons in Columbus. Admission is free of charge and the performance starts at 2 p.m.