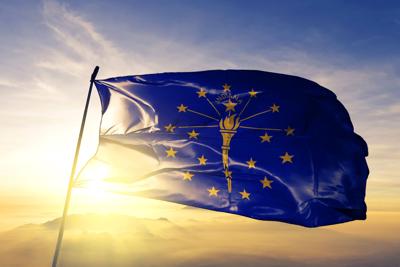 Dr. George Rapp, an orthopedic surgeon and humanitarian, is this year’s recipient of the Sachem Award, the state’s highest honor.

Gov. Eric Holcomb will present Rapp with the award at a ceremony Tuesday. First Lady Janet Holcomb announced Rapp’s honor Thursday evening at the Hoosier Art Salon’s 95thAnnual Exhibition preview event at the Indiana State Museum. Rapp, a longtime support of the salon, was co-host of the event.

In a statement, Gov. Holcomb said that “Dr. George Rapp has helped make his hometown, our state and the world a much better place to live through his devotion to the arts, education and medicine. You would be hard-pressed to find someone who has made the kind of impact he has in so many different fields.”

The Sachem is given annually to recognize a lifetime of excellence and moral virtue that has brought credit and honor to Indiana. Previous recipients include Holocaust survivor Eva Mozes Kor (2017), Rev. Theodore M. Hesburgh, president emeritus of the University of Notre Dame and world statesman (2006), and long-time businessman and civic leader P.E. MacAllister (2014). Rapp will be the third Sachem honoree named by Gov. Holcomb.

Rapp, a native of New Harmony, has been a medical pioneer, champion of education and supporter of the arts throughout his life.

Rapp practiced medicine for thirty-five years, serving the majority of that time as chief of orthopedic surgery and the orthopedic residency program at St. Vincent Hospital, clinical professor of Orthopedic Surgery at Indiana University School of Medicine, and director of the scoliosis clinic at Riley Hospital for Children. In those roles, he treated a countless number of patients, including numerous children with scoliosis and helped train many orthopedic surgery residents. An innovator, Rapp invented a hip prosthesis for total hip replacement and helped found Sofamor Danek, now a division of Medtronic, one of the world’s largest manufacturers of spinal instrumentation.

Rapp’s passion for education has made a global mark. He has provided college scholarships to graduating seniors at New Harmony High School, been a lead fundraiser for the Indiana University School of Medicine, worked with the Indiana University Kenya program to supply volunteer orthopedic surgeons to help further orthopedic education in Africa and been instrumental in developing surgical suites and housing facilities at Moi University in Eldoret, Kenya.

Since his retirement, Rapp has devoted his life to numerous philanthropic efforts, working with such groups as Crossroads of America Boy Scouts, the Indiana Historical Society, the Indiana State Museum and Indiana Landmarks. A proponent of the arts, he helped start the New Harmony Hoosier Salon Art Gallery and the annual “First Brush of Spring” New Harmony Paint Out, now in its 21st year. He also helped restore the Ravine Garden at Newfields in Indianapolis.

He and his wife, Peggy, live in Indianapolis. His life motto is “Do all the good you can, in all the ways you can, for all the people you can, for as long as you can.”

The Sachem award was created in 1970 by Gov. Edgar Whitcomb but was not continued by his successors in the governor’s office. In 2005, Whitcomb visited Gov. Mitch Daniels to discuss the award and Daniels resurrected it, with the first award going to legendary basketball coach John Wooden.

All Sachem honorees are selected by Indiana’s governor and receive a specially-designed sculpture that captures the Native American heritage of the Sachem.