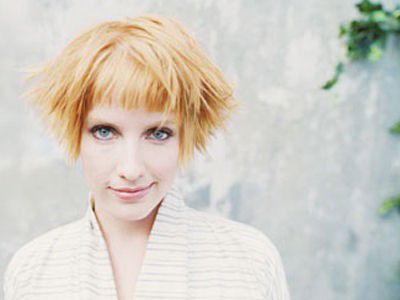 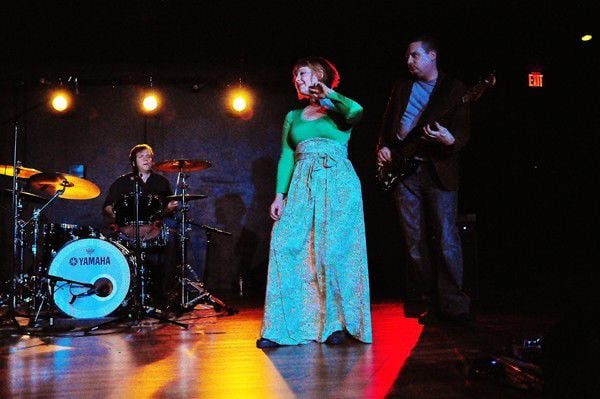 The dream of the 90s was alive in Indy Wednesday night. Late 90s, at least, as Sixpence None The Richer kicked off their latest tour at Fountain Square's White Rabbit Cabaret, guiding audiences through their catalog from their still-going-strong career.

The band kicked off their set with their strong cover of Leonard Cohen's "Famous Blue Raincoat," with singer Leigh Nash's infectious vocals bringing a weird, but uplifting twist on Cohen's melancholic tale of a doomed love triangle. That strong note gave way to a letdown as loud mics (loud for a space like White Rabbit) threatened to overtake Nash's vocals, particularly on their signature tune "Kiss Me," where Nash's vocals were coming on stronger than was needed. Too bad since she still makes the song sound fresh and interesting ("You guys know that song?" she jested.)

The band may be known as a one or two-hit wonder to some, but many of their songs resonate with charm, and don't stray too far from the songs they're most known for. New track 'Safety Line', form their latest release, Lost In Transition, shows off a similar sound: uplifting, often spiritual lyrics with distinct riffs and Nash's distinctive voice.

The sound issues thankfully didn't last the whole show, but Sixpence's songs didn't generate much in the way of amazing moments (but hey, it was a Wednesday night). A few tunes, like "A Million Parachutes" segued into some extended jammy moments, that's about it. The biggest surprise of the night is the fact they didn't play their other popular hit "Breathe Your Name" (a better song than "Kiss Me"), not even in the encore. I mean you wouldn't go to see A-Ha if they weren't going to play "The Sun Always Shines On TV" would you? Their famous cover of The La's "There She Goes" was on hand, and I'm sure elicited snickers for those aware of that song's true context. But could anyone else make that song sound so sticky sweet?

The show boasted two opening acts, one that strayed a bit from the vibes Sixpence give off, and one that fit right in. Broad Ripple's own Joe Paulson started things off with a four-song set that had big riff and bigger choruses. Opening act KO made a strong impression with the singer's tender guitar playing and Kate Bush-meets-Cranberries vocal tics (didn't hurt she was dressed like Prince either). Her brief set was original and fresh, so much so that I wanted hers to be the night's entire show. I have to thank Sixpence though for turning me on to such a lovely talent. Still, Sixpence was nothing if not a good way to transition through the middle of the week, the mellow before the weekend.