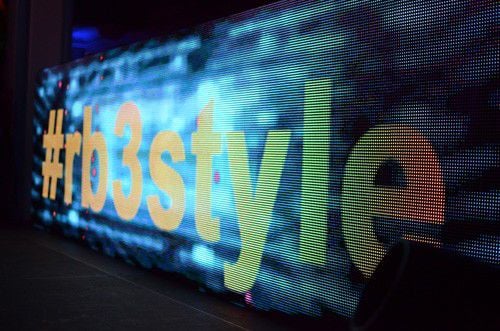 Face of the Thr3e Style stage at the Deluxe 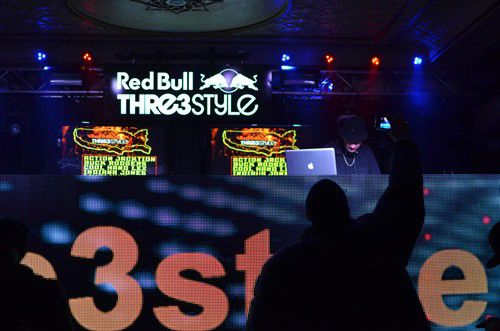 DJ Topspeed opened the evening at the Redbull Thr3eStyle event at the Deluxe. 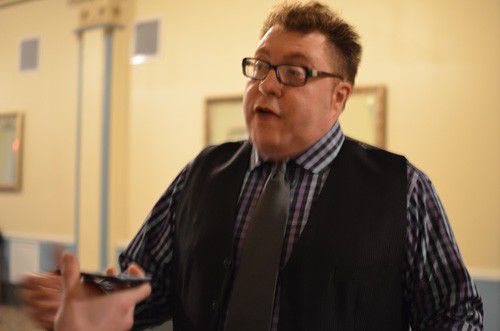 DJ Indiana Jones gives us a minute of his time before the battle at the Redbull Thr3eStyle at the Deluxe. 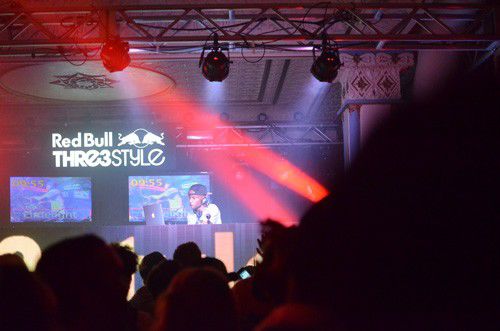 DJ Limelight does his set at the Redbull Thr3eStyle at the Deluxe. 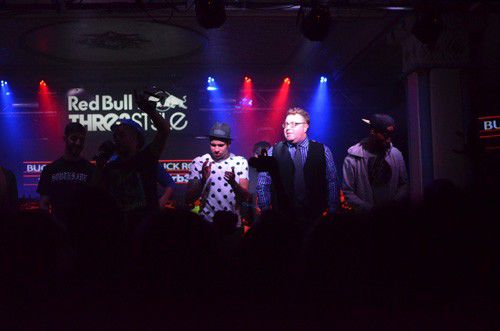 The competitors take a bow after the Redbull Thr3eStyle competition at the Deluxe.

Face of the Thr3e Style stage at the Deluxe

DJ Topspeed opened the evening at the Redbull Thr3eStyle event at the Deluxe.

DJ Indiana Jones gives us a minute of his time before the battle at the Redbull Thr3eStyle at the Deluxe.

DJ Limelight does his set at the Redbull Thr3eStyle at the Deluxe.

The competitors take a bow after the Redbull Thr3eStyle competition at the Deluxe.

Last Thursday night, Deluxe at Old National Centre was host to the Redbull Thre3style; this contest gives the best DJs in the city a chance to rock out with their skills and win a healthy sum of cash for their live mixes. Oh, and the winner also advances toward the world championship. The contest depends heavily on the DJs ability to keep the crowd moving -- this is unique part of this scratching competition. Each competitor was tasked with mixing three genres in 15 minutes.

The night kicked off with a host of guest DJs to warm the crowd the up, my personal favorite being DJ Topspeed who has classic/modern B-boy mix mash-ups that are simply nostalgic. Judges for the evening were Topspeed, Big Once and Four Color Zack. Soon, Grey Granite, our night's host came out, spilling his energy into the crowd and getting it back three-fold. We were hyped, we were ready.

"Tonight is a very specific set I am playing and it's something I've worked hard for the last couple of months on. I put it together and I'm ready to rock," said DJ Indiana Jones to me, before his set.

DJ Action Jackson came out swinging with a impressive mix of old school and new school beats ending in a triumphant line of pre-mixed trash talk. He was followed by DJ Indiana Jones, who honestly felt a bit off his original game that night, but he none-the-less won the heart of the crowd and kept us all jumping.

Limelight was up next, and I have to say, out of all that night's competitors, he had the most unique combination of genres. I can say, I've never heard hair metal in a scratch before. His set had a high concentration of classic rock with a bit hip-hop that would be familiar to Girl Talk fans. Cool Hand Lex was next, but he didn't inject as much energy into the crowd as his competitors. The guy knows presentation, at one point hopping over his set up and making it rain on the crowd with (fake?) dollar bills, but ultimately his focus on presentation rather than the music would cost him the show. He had a lot of heart, though. The night ended with DJ Buck Rodgers fantastic performance. A crowd favorite amongst listeners and breakers, he kept the entire room flooded with energy. So much hype was generated by his spins that a breakers' circle formed in the center of the room.

The show ended with a surprise tie for second and third place for Action Johnson and Limelight, first place going to DJ Buck Rodgers with his sick mixes. The entire show was fun and full of energy, especially when the breakers finally came to play, and I look forward to seeing our man, DJ Buck Rodgers, representing Indy towards the next step on his way to the grand finale, the world championship. (Editor's note: Buck Rodgers was just added as resident DJ for Juicy Fridays at Blu, beginning this week.)

And even though there can only be one winner, we can agree that Indy is lucky to have such a talented stable of performers. Host Grey Granite agreed.

"I do love them all! And I've known them all for a long time. They all hold a place in my heart," said Grey Granite.