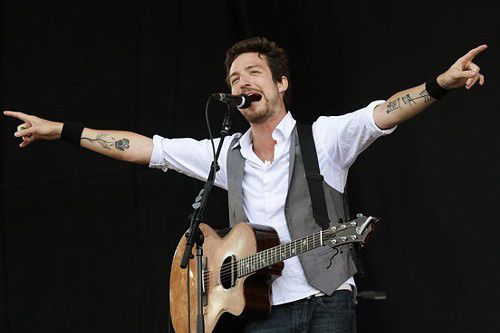 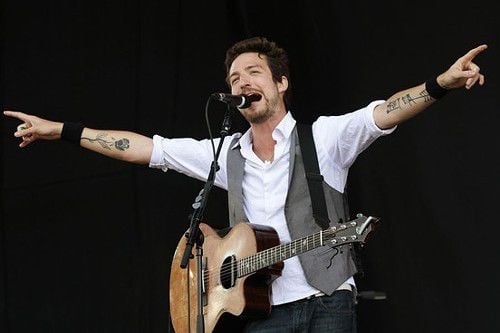 Seven years into a meteoric solo career, English punk bard Frank Turner doesn’t hesitate for a moment when it comes to paying homage to his humble roots. From “Wessex Boy,” his fantastic ode to hometowns, to 2011’s England Keep My Bones, Turner fondly admits that "There's something about coming back to your hometown again / The place where you grew up and where you found your firmest friends." He'll play tonight at the Egyptian Room.

After a moderately successful stint as the frontman for UK hardcore outfit A Million Dead, Turner calmly launched his solo career as a folkie. His sound, described best as “campfire punk rock”, quickly won over barrooms of fans across England with his stripped-down Black Flag covers and undeniable energy.

Turner quickly graduated from basements and barrooms to clubs and theatres with the release of his second album, Love, Ire & Song in 2008. His down-to-earth sound caught the attention of American punks like The Gaslight Anthem and Against Me!, who brought him along on their various European tours.

On their most recent record, England Keep My Bones, Turner and Co. tackled their spiritual and geographical connection to their island home. Tracks like “Rivers” and “If Ever I Stray” are wordy, melodic tributes to England and its layered history.

On “English Curse”, Turner gets medieval, with an a cappella chant decrying the Norman invasion of 1066 and giving a warning to any potential invaders in the future, threatening

"If you steal the land of an Englishman

Then you will know this curse

Upon the English earth."

Naturally, England Keep My Bones was a huge hit in England. It was such a hit that Turner scheduled a date at the massive, legendary Wembley Arena. Wembley (that has capacity of 12,500 and has hosted such massive acts as Foo Fighters, The Spice Girls and The Cure). Come April 13th, we’ll find out if Turner is big enough to join the ranks of these massive acts.

Before he attempts to pack Wembley, however, Turner is embarking on a somewhat-mismatched U.S. tour with Bostonian Celt punks, Dropkick Murphys. The tour includes a stop at the Egyptian Room at Old National Center. Whether or not you like Dropkick Murphys, Turner’s set alone will be worth the ticket price. After the show, Turner will head downstairs for a guest DJ set in the Amber Room. The after party is free for anyone with a ticket stub and $10 for those without.