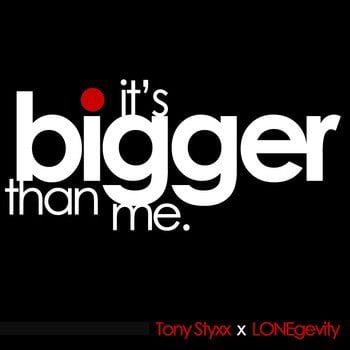 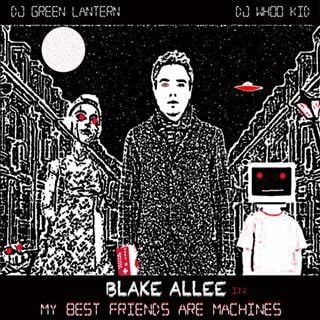 Today's edition of Note For Note features two Indy-based emcees who dwell on the universal and internal.

Tony Styxx — It’s Bigger Than Me

On one of the most self-assured debuts I’ve heard in quite some time, Broad Ripple rapper Tony Styxx thoroughly succeeds at the moment he’s spent the past several years preparing for. Having ditched his beat-box-oriented high school group and polished his craft by working with a host of local emcees, he’s smart enough to justify his confidence and talented enough to justify his charisma. His two goals are to put the Indy rap scene on the map, and get one of his songs on God’s iPod. He shows he can accomplish the first goal with “Get Down,” a boastful tune where you’re invited to watch Styxx do just as the title implies, but he shows he’s capable of achieving the second on the title track, an inspirational, if cheesy, finale where he gives love to something both he and the Almighty have an affection for, people. Who else does Styxx love? Producer Lonegevity, whose crisp beats compliment his chilled-out charm.

There are certainly elements to admire, even enjoy here. A self-made emcee who writes, records and produces on his lonesome, Blake Allee is easy to put on repeat for his laid back flow that’s matched with dreamy-eyed synth beats. My Best Friends Are Machines, a vague concept album based around Allee’s dream world and inner fantasies, is notable for its slick production and likeable opening segment in the charming “Purple iPod”. However, some contradictions bubble to the surface. If he prefers his Mac over humanity, then “Empty Movie Theater”, a song which finds Allee alone on a planet ruled by robots, should be the best song filled with elation. Instead it comes off as paranoid and clunky. I’m still puzzled as to why he disses bling rap, dance tracks and what he otherwise calls “pop” on “Zombies”. Knock hooks and pop appeal all you want, at least it keeps people engaged with the lyrics and prevents the music from being rudderless, which this mixtape is prone to be. Still hell bent on conquering dormitory rap? Try finding more focus and direction.