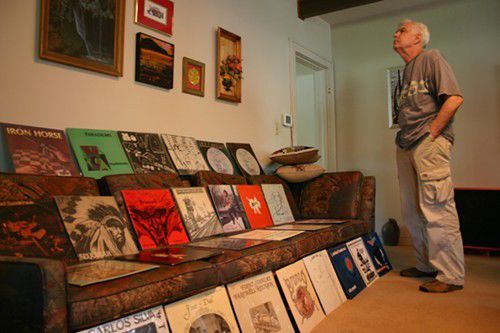 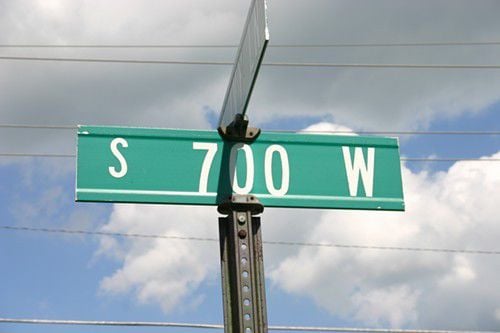 Behind every great music scene, there's a cultural revolutionary. Not necessarily a musician - it could be a label boss, a producer or disc jockey - someone with a far-reaching musical vision that extends beyond established paradigms and parameters, eclipsing the provincial values of a local scene to open up exciting musical frontiers.

More recently, one could point to Mad Decent's Diplo. The DJ/producer's playful aesthetic and open ear for fresh sounds injected a much-needed dose of adventurous fun into an electronic music scene that had become far too serious and staid.

In the 1970s, central Indiana had its own musical visionary: Moe Whittemore, whose 700 West recording studio became a musical destination for local musicians seeking top quality demos. From new wave rock to big band jazz, Whittemore documented the sound of Indianapolis, no matter how mundane or avant-garde.

Impressed with the quality of original local music he'd been recording, Whittemore expanded his operation into a record label in 1973. The catalog of music Moe recorded and released at 700 West never achieved platinum status. But it eventually made its way across the globe, finding an international audience with connoisseurs of underground rock and funk.

"Although they were just a little spot on a country road in New Palestine, records by Zerfas, Primevil and many others released on the label are highly prized by fans around the world," said Wilkerson.

So what made 700 West so special and how did this "little spot on a country road" produce a handful of LPs that continually attract worldwide attention from collectors?

Certainly, credit must be attributed to the quality of musicians that entered 700 West. The studio hosted some of Indy's best bands in the 1970s, from the jazzy hard funk of Amnesty to the pre-metal stoner rock of Primevil.

But, ultimately it was Whittemore's openness to new musical ideas that made the best releases on the label so unique. Whittemore was eager to help each group attain their singular musical vision, no matter how complex the process might be.

That trait is best displayed on the 1973 self-titled release by Zerfas. The album finds Whittemore playing George Martin to Zerfas' Beatles, employing a variety of production wizardry, from odd sound effects and reversed vocals to primitive electronics.

I solicited the opinion of noted psychedelic music scholar and author Stan Denski, who called the LP "the Sgt. Pepper of the Midwest." Denski elaborated, "it's basically a gifted teen age band in a studio with limited technology, using every trick in the book to craft a record that offers surprises with every passing second."

Although much of 700 West's reputation rests on the legacy of its rock output, Whittemore was equally at home recording funk and soul. Recent years have yielded high profile reissues of this work, including a lost album of material from Amnesty.

All of these varied influences come together on Whittemore's 1976 solo LP First Album, my favorite release in the 700 West canon. With jazzy space rock jams, (featuring Moe's one of a kind oboe work) and Eno-esque synthesizer experiments colliding with sweet soul ballads and country rock, First Album is as eclectic as Whittemore himself.

Curious to know more about Whittemore, I made a pilgrimage to visit the producer at his New Palestine home. Whittemore still lives on the same country farm that housed the 700 West studio.

Moe and his wife Betty welcomed me into their home and graciously endured my persistent questioning, as they gave me a tour of the living room studio that gave birth to some of the greatest moments in Hoosier rock history.

I was excited to learn that Moe still makes music, mostly composing. In fact, Whittemore completed a masters course in music composition at Butler in 2005.

As we spoke, Moe cued up a recording of a recent composition. It was a symphonic work and the strings and brass were bolstered by a heavy funk backbeat. As I listened, it crossed my mind that at nearly 80 years old, Whittemore is still a music visionary, still pursuing new sounds and new musical frontiers.

Kyle Long pens A Cultural Manifesto for NUVO Newsweekly and in 2014 began broadcasting a version of his column on WFYI.