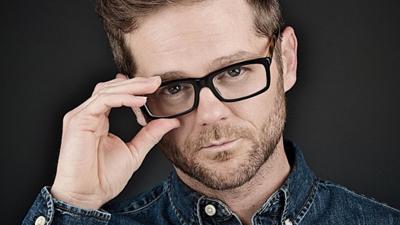 Last March, Indy-based artist Josh Kaufman showed off a different side of his musical palate with NDOXO — an album that leans more in the direction of funk, soul and R&B. Now almost a year later, he will be performing songs from the album live at the Jazz Kitchen, except with a twist.

“The more I thought about it, a lot of these songs have a lot of complexity to their chord progressions and melodies, and there’s a lot of jazz influence with what’s going on there,” says the Season 6 winner of NBC’s The Voice. “So I thought it would be cool to translate these songs in more of a live band setup and do a different take on them.”

On Friday, Feb. 7 and Saturday, Feb. 8, Kaufman will debut a new live band at the Jazz Kitchen, performing reworked songs from NDOXO over the course of four shows in two nights. In addition to Kaufman on vocals, the band will feature Reggie Bishop on keys, Jay Jones on keys, Chris Brown on bass, Dorian Phelps on drums and Rob Dixon on saxophone, with occasional backup singers also accompanying Kaufman throughout the night as well.

Ahead of the shows, Seth Johnson caught up with Kaufman for a phone interview, discussing what audiences can expect to hear. Read their conversation below.

SETH JOHNSON: To kick things off, I’d honestly just like to hear about what you’ve been up to lately.

JOSH KAUFMAN: Over the last year or so, I’ve been working on a lot of new music. Last year, I put out this NDOXO project, which is rooted in ‘80s and ‘90s R&B, funk and soul. I just recently put this new band together to play some of that stuff in a live situation.

Then, I’m also working on another project that’s more acoustic-based stuff. I’m going to start releasing some of that stuff in the next month or two. It’s kind of a totally different project, which is just how I am. [laughs] I get bored of the same thing.

About a year and a half ago, I also started doing some teaching, working with students on voice, guitar and songwriting. That’s been really good too.

JOHNSON: Where did the inspiration for your NDOXO project come from?

KAUFMAN: Being the age that I am, the ‘80s and ‘90s were when I grew up, and the stuff from that time in your life tends to stick with you. As I was finding myself as an artist when I was younger, I really gravitated towards stuff that had a jazziness and a soulfulness.

I always loved that. But when you made music back then, it was so much harder to make a big produced-sounding album. You had to find your way into a big studio, and I just never had access to that. So early on in my music career, I just played my acoustic guitar and did scaled-down stuff because that was easier to make happen.

But I always had this idea that I wanted to do something rooted in big production with horns, electronics sounds and Rhodes, just like those really big soulful productions. After doing The Voice, I knew that was one of the things I wanted to make happen.

JOHNSON: What’s the significance of the title NDOXO?

KAUFMAN: When I put this out, it was fairly different from anything I had done prior to that. I don’t play acoustic guitar on any of these songs, and that’s kind of how people have usually seen me play outside of the whole TV show thing. Since it was a different thing, I felt I needed to separate it a little bit from that — to come up with some sort of name that set it apart.

Part of it was I just kind of liked the way it looks. [laughs] And then, just the idea of “NDO” being inside and “XO’” being outside. I feel like this is music people haven’t seen out of me as much, but it’s something that I’ve always had as a part of me. So I’m taking this inside part of me and putting it out there for people. That’s the thought behind it.

JOHNSON: I know your roots stem from Indy’s jazz scene. That said, why did you choose to have these performances at the Jazz Kitchen?

KAUFMAN: When I first started playing music here in the Indianapolis area, one of the first things I did was I started going to the Chatterbox. I learned some jazz tunes, and I’d go in on Wednesday nights and sit in with Dick Dickinson and his trio. They really took me in. Dick said, “Hey. Go check out these records.” That really was an introduction to a lot of jazz for me.

So I’ve always kind of been part of that scene. I played at the Chatterbox with a  group back then, which was Kyle Kegerreis’ group. To be able to play with those guys was just crazy. They were such phenomenal musicians.

Like I said, this project is not a jazz project, but it has those influences. So much of funk and soul has roots in jazz, especially with the chord progressions and the harmonies. I felt that incorporating musicians who are out of that world would take it in that direction a little bit.

The Jazz Kitchen is also just one of my favorite places to be and listen to music. It’s a great room, and they’re such an established venue that’s been around for a long time.

The Beat Goes On: How You Can Virtually Support Indy Musicians From Your Home

From vinyl sales to virtual streams, Indy artists can use your support more than ever right now.

The Humble House-Show Beginnings of Joseph

Ahead of a headlining show at the Vogue, Meegan Closner of Joseph reflects on the alt-rock trio’s humble house-show roots.