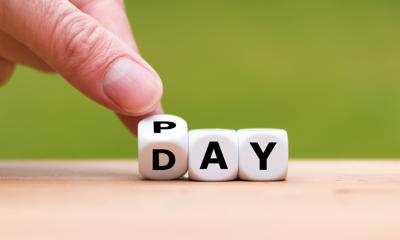 It’s easy to get into a tizzy about this. Loyalists would boast, “Our cost of living is lower than average.” Rebels might quote me saying “What Indiana produces is less valued than what is produced on average in the U.S.”

However, right now, I would like to challenge that national figure.

The data for the U.S.  include the District of Columbia, which is not a state. The AW&S for D.C. in 2017 was $91,720, 65 percent above the national figure and nearly double Indiana’s more modest level.

D.C. is not like any state in America. Many D.C. workers come from outside the District and take home their earnings to Maryland and Virginia. The District is well-stocked with attorneys, consultants, and well-paid executives of corporations and federal agencies. The compensation of the 545 elected members of Congress, while not stratospheric, does exceed the paychecks of their voters.

Many of the “ordinary” workers in the District are based in the suburbs, employees of firms located outside the District. Hence, their wages do not contribute to the

$91,720 average. They drive service trucks into the District to collect the laundry and to do the plumbing.

Indiana competes with other states for businesses and residents. The District is an outlier in the data, 38 percent higher than California, the leader among the 50 states.

If we exclude the District in the AW&S of the U.S., the national figure falls $190 to $55,453. This change is small because, despite its high dollar average, the District has less than one percent of the nation’s jobs.

That’s unlike California, which does have high wages, but also has 14 percent or one of every seven U.S. jobs.

California has a dramatic impact on most national statistics, giving us a different view of America. Thus, the AW&S for the 49 states (excluding both California and the District) would be $47,342, not $55,463. That lower figure is just $445 (less than one percent) above Indiana’s figure.

By jingo, all we have to do is stop thinking of California and the District as part of the U.S. No one proposes separation from those two important parts of our country. What is needed is a fresh way of thinking about America.

If that is achieved, Indiana could be almost average. How’s that for Happy News?