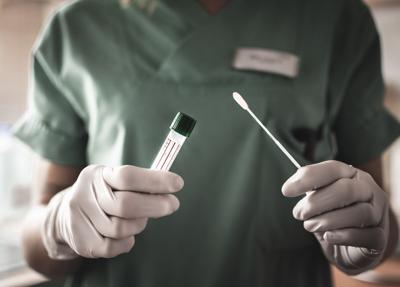 Indiana will expand COVID-19 testing across the state to work toward its goal of testing every symptomatic Hoosier as Gov. Eric Holcomb looks to reopen more areas of the state’s economy.

The state will partner with OptumServe Health Services to open 20 testing sites across the state next week, and eventually a total of 50 sites by mid-May.

The expansion of testing will cost the state just short of $18 million, with the state hoping the tab will be covered by federal grants.

“This will provide a more complete picture about the spread of the virus, not only in high-risk populations but across the entire state,” Dr. Lindsay Weaver, chief medical officer of the Indiana State Department of Health, said at Holcomb’s daily virtual press briefing Tuesday.

Weaver said the sites initially will be able to test 30,000 Hoosiers per week, with 100,000 Hoosiers who show symptoms of COVID-19 tested per month, to bring the state closer to its goal of testing all symptomatic individuals.

So far, the state has tested only 87,181 of the 6.7 million Hoosiers. Those tests added 650 new cases of COVID-19 to the state’s tally, bringing the total to 16,588 positive cases. An additional 57 deaths were reported Tuesday, with 901 Hoosiers now dead from the virus.

Holcomb said while the daily reported cases are still high, reopening the economy isn’t based solely on the number of new cases. He said he will continue to look at how hospitals and the health care systems are handling the cases.

“It’s not just focusing on the positive (test result) cases that will continue. This could be with us, folks, for a year. It’s how we manage our way through this and how we keep that curve flat enough so that our health care system can care for those folks in need,” Holcomb said.

To help reduce the spread of the virus, the 20 new testing sites will test any symptomatic Hoosier, whether they are part of a high-risk group or not. The tests also will be free for those without insurance. Locations opening next week will be in Angola, Columbus, Connersville, Danville, Elkhart, Elwood, Huntington, Jasper, Johnson County, Lafayette, LaPorte, Logansport, Muncie, Peru, Richmond, Scottsburg, South Bend, Terre Haute, Valparaiso and Vincennes.

Holcomb is using this week to focus on his decision due Friday: Whether to once-again extend the stay-at-home order or allow certain areas to reopen with a “new normal” of precautions.

He said he will use all the time he can to make a decision regarding whether to extend the order or what businesses to open and guidelines to set in place.

While Holcomb said he does not know yet what his Friday executive order will contain, at least one business is anticipating a reopening. Simon Property Group have said they plan to open malls across the country beginning Saturday.

Holcomb said he has talked to David Simon, chief executive officer of the company, but said he hasn’t shared any reopening plans with the group. He said they should still adhere to any guidelines he sets in place Friday.

Another question mark hangs over the now-closed Tyson meat packing plant in Cass County, which has accounted for much of the recent large increase in postive COVID-19 cases in Indiana. President Donald Trump said Tuesday he will sign an executive order classifying meat processing as critical infrastructure and reopening plants to avoid a shortage of poultry, pork and other meats.

Holcomb and Weaver said strike teams from the State Department of Health visited the facility, testing all employees and giving advice on how to clean the facility and keep workers protected. But they did not directly respond to a question on Trump’s plan to reopen the Cass County and other plants.

Victoria Ratliff is a reporter for TheStatehouseFile.com, a news website powered by Franklin College journalism students.