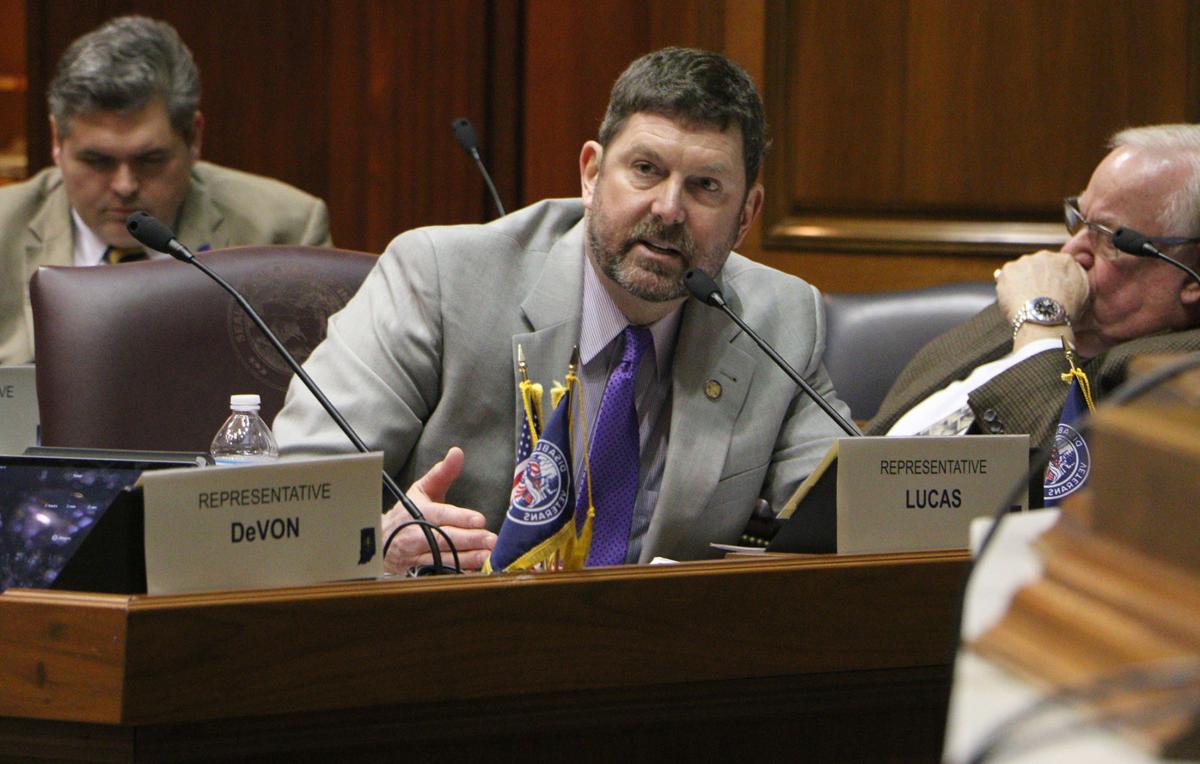 Rep. Jim Lucas, R-Seymour, authored House Bill 1253, to give teachers to option to go through handgun training, if their schools allow them to carry firearms. Photo by Emily Ketterer, TheStatehouseFile.com 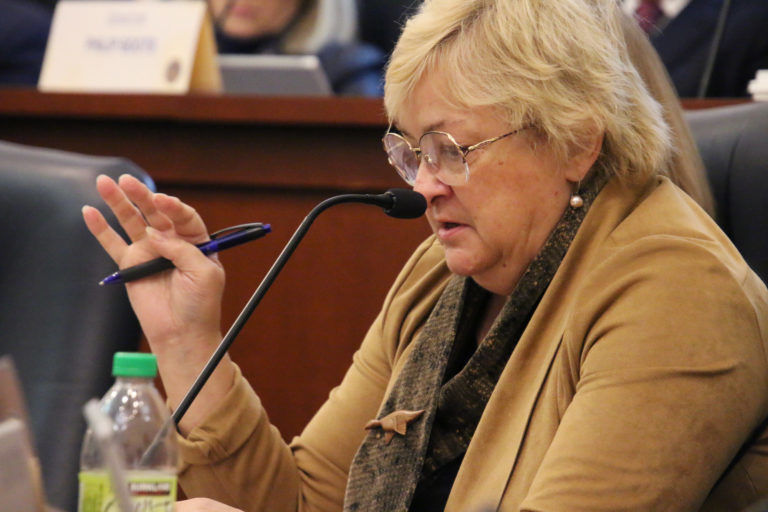 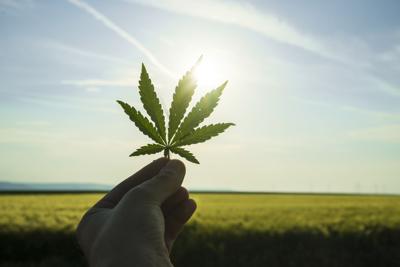 Efforts to reform Indiana’s cannabis laws that some legislators called a “hot mess” have begun for the 2020 session.

Sen. Karen Tallian, D-Ogden Dunes, filed three bills as part of her marijuana reform package in the Senate. One bill would reverse a provision in Senate Enrolled Act 516 that made smokable cannabinoid (CBD) or hemp illegal, and another would create a single cannabis compliance commission to regulate the licensing of CBD products.

Tallian’s third bill in the reform package would decriminalize possession of less than one ounce of marijuana.

The second-largest amount of arrests in Indiana come from marijuana possession with more than 22,000 possession arrests in 2018, Tallian said, based on what state prosecutors told her.

“Maybe we’re not putting people in jail in every county,” Tallian said. “But 22,000 arrests is a lot of court time, and a lot of these people will still end up with a criminal record.”

On the other side of the aisle in the House, Republican Rep. Jim Lucas of Seymour is also pushing for marijuana decriminalization with his new bill, and he said he “100%” supports Tallian’s reform efforts in the Senate.

Lucas said with Michigan recently legalizing recreational marijuana and Illinois soon to follow, Indiana needs to catch up to stop criminalizing Hoosiers who may use the drug legally out of state.

“That’s the hypocrisy of our policy right now,” Lucas said. “We have these outdated, senseless laws on the books that make a criminal out of an otherwise responsible adult for having small amounts of cannabis.”

Some areas in the state are already making similar efforts to decriminalize marijuana. Marion County prosecutors began dismissing small criminal marijuana cases in October, and Lucas said more of that will happen if there is not a statewide decriminalization law.

“We’re going to see pockets of resistance spring up because of our inability to even begin to address this issue,” Lucas said. “That’s on us. That’s on the state level and the governor’s office.”

Gov. Eric Holcomb has said he is against Indiana legalizing marijuana until the federal government does, so Lucas’ and Tallian’s decriminalization bills may have a hard time getting majority support, they said.

“We’ve seen the circus that is Washington right now,” Lucas said. “To base our state law on the federal government … I don’t agree with that.”

Tallian’s decriminalization bill is already on the Senate Democrats’ 2020 priority list and she said if the legislation gets to the Senate floor, she believes there will be Republicans who will vote for it, too.

Democratic candidate for governor Sen. Eddie Melton of Gary said Indiana is far behind on decriminalization, and he plans to co-author Tallian’s bill. Melton has also stated during his campaign that he does support legalizing marijuana in Indiana.

“If you look at our criminal justice system and you see the amount of people being arrested for large and small quantities of marijuana, and now we have people financially benefiting from this industry across the country,” Melton said. “We need a more robust criminal justice reform.”

Also in Tallian’s marijuana reform package, is a bill to undo the law that made all smokable hemp illegal. CBD/hemp is part of the cannabis family but lack the high-inducing tetrahydrocannabinol (THC) found in marijuana. CBD was made legal in 2018 and can be sold in the form of oil, candies and more.

“SEA 516 made hemp a legal crop in Indiana but in the same stroke also made all hemp illegal if it can be smoked,” Tallian said in a release on Tuesday. “What does my bill do? It cleans up this mess.”

The argument against smokable hemp is that the product is too similar to marijuana in looks and smell. Police officers cannot tell the difference unless the product is sent to a lab for testing.

But a federal judge issued an injunction against the law after several CBD companies sued the state for its contents.

Lucas also called the hemp laws a “hot mess.” He defended keeping smokable hemp legal during the 2019 session but lost his amendment when the bill went back through the Senate before becoming law.

“We have people who build their businesses around it (hemp),” Lucas said. “The law makes them criminals and deprives them of their livelihood.”

In addition to this, Tallian said there needs to be one commission to regulate everything CBD-related.

A hemp advisory committee was created this year to provide advice to the state seed commissioner regarding hemp and CBD, but there isn’t anyone whose specific job is to regulate CBD licenses, labeling or to test the product for safety. The cannabis compliance commission would be modeled after tobacco and alcohol commissions, Tallian said.

“Every single thing we have done has been reactive,” Tallian said. “They say, okay we’ll just make CBD legal. But when the topic comes up, I think some legislators are afraid of the topic.”

Emily Ketterer is a reporter for TheStatehouseFile.com, a news website powered by Franklin College journalism students.