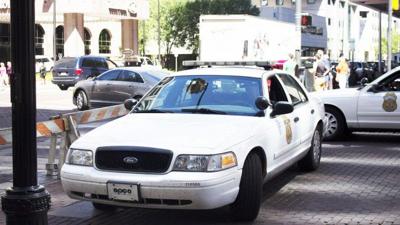 Leaders with the Indianapolis Metropolitan Police Department, or IMPD, announced Thursday they have signed a multi-million-dollar contract to equip officers with body cameras.

The $9.2 million contract with Utility, a company that provides police with body worn cameras, will equip more than 1,000 IMPD officers with body cameras for the next 5.5 years, the department announced in a press release. The contract will cover the costs of leasing the cameras, installing the technology and managing a cloud-based storage system where videos captured by officer body cameras will be stored.

“After a thorough, research-driven process of gathering community feedback and testing available technology, we are now one step closer to the start of a body worn camera program,” IMPD Chief Randal Taylor said in a statement. “But this program represents just one of the ways IMPD officers continue working to build community trust.”

The cameras chosen by IMPD are programmed to begin recording automatically in several situations. When an officer is within 500 feet of a dispatched run, for example, the camera will automatically begin recording. The camera will also start running if it detects an officer drawing a gun from its holster, lying flat for 10 seconds or violently shaking, which might occur during a fight.

In addition to signing a contract to secure the technology itself, the city also plans to spend $159,000 to hire civilians who will manage, review and redact footage captured on the body cameras.

The announcement arrives as law enforcement officers around the country, including IMPD officers, are reevaluating best practices for arresting suspects. The IMPD began to hold more conversations after protests in support of the Black Lives Matter movement erupted in Indianapolis in recent weeks when an unarmed Black man, George Floyd, was killed during an arrest in Minneapolis after an officer kneeled on his neck for almost nine minutes.

The American Civil Liberties Union of Indiana recently filed a lawsuit on behalf of Indy10 Black Lives Matter against IMPD after its officers used tear gas, rubber bullets and other force on three separate dates to contain protests in Indianapolis.

IMPD began studying body cameras in 2014 with a pilot program that did not result in a permanent program. The department launched another pilot program last year to determine how to best adopt body cameras, which are used by police in many major cities around the country.

This contract is an initial rollout of the body camera technology, IMPD officials said, and will prioritize officers who respond to 911 calls. The department will begin installing the technology with officers in the department’s East District, the busiest district for crime in Indianapolis, and plans to outfit at least 10 officers per day with the equipment in the coming weeks. IMPD Lt. Scott Kulig will manage the program.