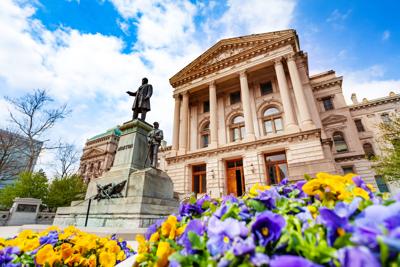 As the SBA and participating lenders have transitioned from the first tranche of funding for the Paycheck Protection Program (“PPP”) established by the CARES Act into the second tranche, the Department of Treasury has continued to update its guidance and issue new guidance for borrowers and lenders participating in the program. Some of the recent guidance includes:

In addition, on April 28, 2020, Treasury Secretary Steven Mnuchin stated publicly that all PPP loans in an amount of $2,000,000 or greater will be audited. It is advisable for borrowers who have already received PPP loans or for borrowers who have applied for but not yet received PPP loans to revisit their business analysis, which relates to this certification in light of this new guidance and determine whether it would be advisable to repay previously received loan funds in accordance with the safe harbor or retract an application for funds that have not yet been disbursed.

House and Senate Differ on Plans to Return to DC

Leaders of the Democratic-controlled House abandoned plans to return to Washington next week, less than 24 hours after members were told to prepare to meet, while the Republican-led Senate reiterated plans to return.

Yesterday, Leader McConnell acknowledged the next piece of COVID-19 response legislation will most likely include aid for state and local governments whose budgets have been harmed by lockdowns and increased unemployment claims. However, McConnell also indicated he believes such support should be paired with limits on the liabilities of health care workers, business owners, and others as states slowly reopen the economy. The past several weeks have seen a spike in COVID-19 related litigation, a trend that will likely continue into the future. Leader McConnell’s statement exemplifies the increased political complexity of future COVID-19 stimulus legislation. Congress and outside stakeholders have begun to prepare for the development of a substantial fourth legislative package in the coming weeks; however, Republicans and Democrats take different views on the timing and scope of this legislation.

PPP Resumes With Some Delays

SBA reopened the Paycheck Protection Program (PPP) yesterday at 10:30 AM. A rush of new applications led to complaints from lenders and borrowers about delays and glitches in the system’s approval process and informational technology architecture. Banking industry groups say last-minute changes in guidance on how to submit applications stymied the process, which reopened after Congress injected billions of dollars in new money for the program designed to help small businesses continue to pay employees during widespread lockdown orders in response to COVID-19. As of 3:30 PM yesterday, SBA said it had processed more than 100,000 PPP loans submitted by more than 4,000 lenders.

The White House unveiled a plan yesterday for the federal government to work in partnership with private industry and retailers to assist states in ramping up testing capacity as outlined in the President’s Opening Up America Again Guidelines from earlier this month. The Trump Administration will send all 50 states enough tests to screen at least 2 percent of residents for COVID-19 with the aim of rapidly expanding supplies in the coming weeks as states look to reopen parts of the economy. The plan charts a course for the economy’s reopening based on emerging testing capabilities and states’ abilities to scale up their testing capacity with the assistance of the federal government. According to the overview provided by the White House, by May 1, U.S. retailers will be operating a total of 100 federally supported testing sites in 33 States. 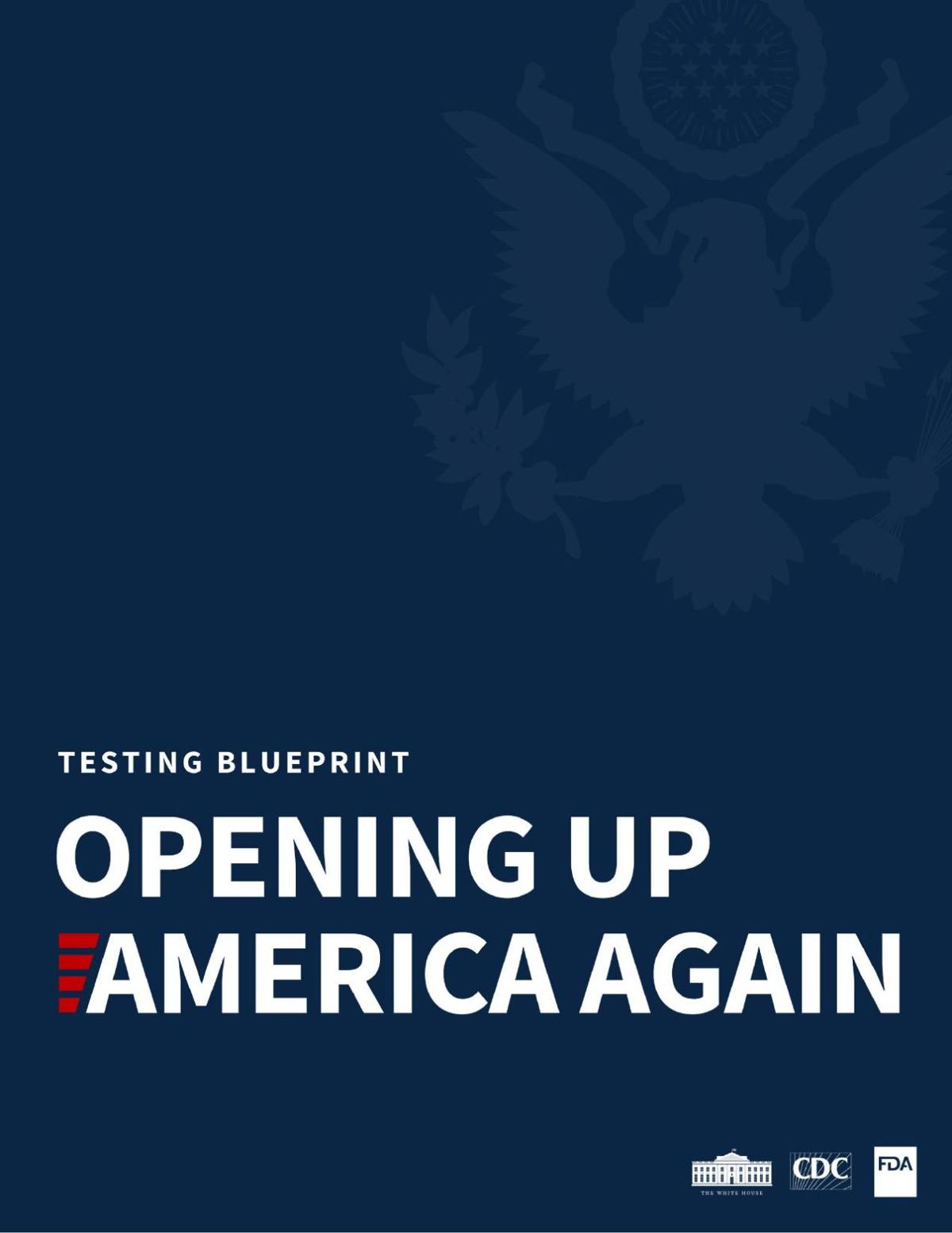 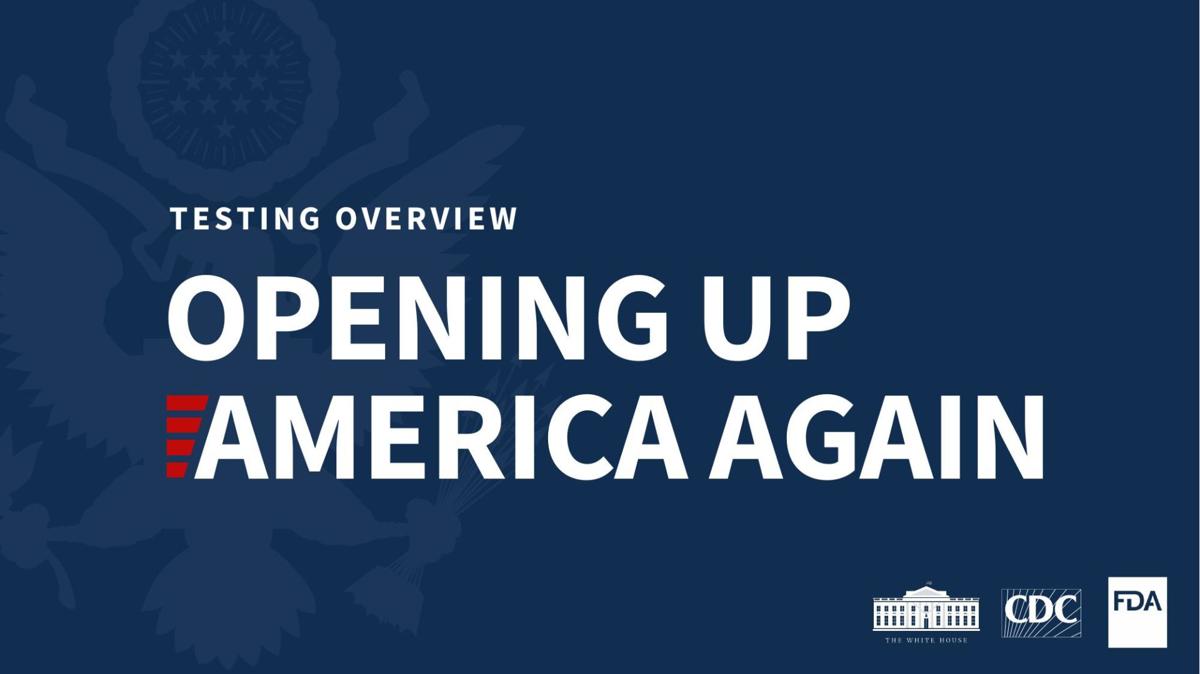 Some States Move Ahead With Reopening

Several states this week began the process of lifting lockdown orders in what could be a pivotal stage in the U.S. response to COVID-19. Texas Governor Greg Abbott (R) announced that retail stores, restaurants, movie theaters, and shopping malls may reopen with limited capacity on Friday. In Ohio, Governor Mike DeWine (R) unveiled a more incremental plan that would allow manufacturing work to resume and offices to reopen next week. Despite guidance suggesting states follow strict testing and tracing protocol after meeting various criteria to reopen, several of the states relaxing lockdowns still do not have widespread testing or systems in place to track infections. President Trump will meet with Florida Governor Ron DeSantis (R) today to discuss the Paycheck Protection Program and Florida’s plans to reopen.

While the second round of Payroll Protection Program loans for small businesses launched yesterday, stark disparities from Round 1 are surfacing, Axios markets reporter Courtenay Brown writes. What's going on: Small businesses in the Midwest, notably Nebraska, got a big share of the loans. But states like New York and California — hit hard by the economic shutdown — came up comparably short.

Montana community bankers "were literally sitting up all night waiting for those [SBA] portals to open and were submitting loans within minutes," Brent Donnelly, who heads up Montana’s SBA office, tells Axios.

The intrigue: Some small businesses are ditching their banks over PPP loans.

What Are Other States Doing?

AP has compiled reader-friendly summaries of the states already swinging their doors back open, those taking a more gradual approach, and those imposing strict prerequisites for beginning the reopening process.

The Indiana State Department of Health on Tuesday announced it has reached an agreement with a subsidiary of United Health Group to expand COVID-19 testing dramatically in Indiana.

The department said OptumServe plans to open 20 testing sites around the state next week that are expected to test 100,000 Hoosiers within 30 days. That’s more than the 87,100 people who have been tested so far in Indiana since the beginning of the pandemic, according to the Indiana State Department of Health. The state said OptumServe will expand to 50 sites by mid-May, allowing up to 30,800 residents to be tested weekly. OptumServe will test any symptomatic resident, close contacts of positive cases or residents of congregate living settings, the state said. The tests will be free to the patient. OptumServe is part of Optum, a division of United Health Group that provides federal health services to the Departments of Defense, Health and Human Services, Veterans Affairs and other organizations. The company said it provided more than 2.9 million health services to 350,000 National Guard and Reserve members across the country last year. Indiana is the second state to sign a COVID-19 testing contract with OptumServe, following California.