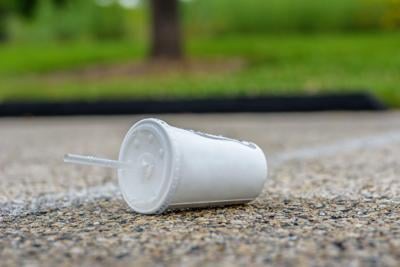 When Polis Center researchers pressed a room full of community members on how they were able to identify food deserts on blown-up maps of Indianapolis, the answer was nearly unanimous:

In Indianapolis, there are 208,000 people living in food deserts, meaning they live in a low-income neighborhood more than a mile away from a grocery store. On Dec. 7, researchers and community members gathered to discuss the issue and provide possible solutions at the Data and Drafts event, research-based workshops that delve into community issues presented by WFYI Public Media.

In their presentation, “Getting Groceries: Food Access Across Groups, Neighborhoods, and Time,” researchers Unai Miguel Andres and Matt Nowlin looked at community trends and the various components that create food deserts.

Andres began studying food deserts as a master’s student at Ball State University and ran a blog titled “Food Deserts in Marion County.” His analysis with Nowlin began in 2016 following the closing of Marsh Supermarkets, one of the major grocery chains in Central Indiana.

In a span of nearly four years, the amount of Indianapolis residents living in a food desert has risen 21%. According to the study, Black residents are more likely to live in a food desert than any other demographic. However, since 2016, the amount of Black Indianapolis residents living in food deserts has risen by only 4%, as opposed to a 15% increase for white and Latino residents. Along with two grocery stores opening in the downtown area between 2016 and 2019, public transportation played a role in the small increase for Black residents.

While the Martindale-Brightwood and Crown Hill neighborhoods are a food desert, the neighborhoods are not considered “transit food deserts” because residents have more convenient access to public transit. However, that’s not the case for other areas of the city. Roughly 236,000 Indianapolis residents live in a transit food desert, and almost 10,500 of those residents are a part of the 10% of Indianapolis households who do not own a vehicle, or have limited access to a vehicle.

Throughout the presentation, which consisted of a PowerPoint presentation and group discussion, several causes of food deserts were examined, including poverty and a lack of access to transportation.

Poverty is the greatest factor in food deserts, and oftentimes makes it impossible for residents to move to an area with greater access to food. Indianapolis residents living in poverty are more likely to live in a food desert than the overall population, with 31% of low-income residents living in a food desert. While some programs, such as Lyft Pilot Support and Food Champions, were created in July of 2019 to increase accessibility to foods, food insecurity is still a large concern in impoverished areas.

Andres argued during the presentation “access to healthy food should be considered a human right.” A lack of access to grocery stores is not just a hunger issue, it’s a health issue.

The Centers for Disease Control and Prevention break down healthy food and define food deserts as “areas that lack access to affordable fruits, vegetables, whole grains, low-fat milk, and other foods that make up the full range of a healthy diet.” During the group discussion, community members voiced their concerns about the effect that a lack of access to healthy foods has on children and the impact food deserts have on the overall health of the city.

The most obvious solution to Indianapolis’ poverty rate, according to Nowlin, would be to raise the minimum wage.

“We looked at solutions we’ve seen from economists and economic literature about how to increase incomes and reduce the poverty rate,” Nowlin said. “There’s a lot of natural experiments where one city has raised the minimum wage while others haven’t, and so you can compare the results in those two places to see what the difference is. Generally, what’s been found is that a higher minimum wage has a decrease in poverty rate, and a lower poverty rate would lead to more access to foods and fewer food deserts.”