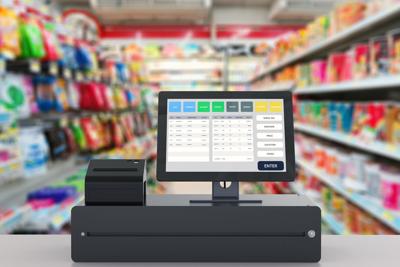 CDC Offers Brief Checklists to Guide Businesses, Schools and Others on Reopening With hundreds of millions of people still seeking advice on resuming their lives safely, the Centers for Disease Control and Prevention issued a scant six pages of recommendations Thursday to guide schools, businesses, day-care facilities and others into the next phase of the coronavirus pandemic. The six checklists — which also address restaurants, mass transit and camps — come days, and in some cases weeks, after many states have begun to lift restrictions on their own. The advice is less detailed than draft recommendations the agency sent to the White House for review last month. The nation is still awaiting that detailed technical guidance, which the White House has held up and not shared publicly. The delay has left the responsibility for decision-making about reopening to states and localities. It has also left many health experts clamoring for greater transparency.

White House to Ramp Up Production of Critical Supplies

On Thursday, President Trump issued an Executive Order (EO) to ramp up production of critical supplies under the Defense Production Act (DPA). The EO will increase the production of critical supplies and replenish the U.S. strategic stockpile in a precautionary move to prepare for a second wave of the coronavirus later this year. The effort authorizes the chief executive of the

U.S. International Development Finance Corporation to make loans and other financing available to private domestic companies to increase the production of critical supplies in support of the national defense. Loans are limited to maintaining, protecting, expanding, or restoring domestic industrial capabilities.

The New York Stock Exchange (NYSE) will reopen its trading floor on May 26 with several restrictions. A limited number of traders will be allowed to return to the floor and must wear masks and abide by social distancing guidelines. Traders will have their temperatures checked before entering the building and will not be allowed to use public transit to or from work. They will also be required to sign a waiver acknowledging they understand the risk of infection from COVID-19.

U.S. retail sales tumbled by a record 16.4% from March to April as business shutdowns caused by the coronavirus kept shoppers away, threatened the viability of stores across the country and further weighed down a sinking economy. The Commerce Department’s report Friday on retail purchases showed a sector that has collapsed so quickly that sales over the past 12 months are down a crippling 21.6%. The severity of the decline is unrivaled for retail figures that date back to 1992. The monthly decline in April nearly doubled the previous record drop of 8.3%—set just one month earlier. “It’s like a hurricane came and leveled the entire economy, and now we’re trying to get it back up and running,” said Joshua Shapiro, chief U.S. economist for the consultancy Maria Fiorini Ramirez. Shapiro suggested that retail sales should rebound somewhat

as states and localities reopen their economies. But he said overall sales would remain depressed “because there is going to be a big chunk of the lost jobs that don’t come back.”

The sharpest declines from March to April were at clothing, electronics and furniture stores. A long-standing migration of consumers toward online purchases is accelerating, with that segment posting an 8.4% monthly gain. Measured year over year, online sales surged 21.6%. Other than online, not a single retail category was spared in April. Auto dealers suffered a monthly drop of 13%. Furniture stores absorbed a 59% plunge. Electronics and appliance stores were down over 60%. Retailers that sell building materials posted a drop of roughly 3%. After panic buying in March, grocery sales fell 13%. Clothing-store sales tumbled 79%, department stores 29%.

Restaurants, some of which are already starting to close permanently, endured a nearly 30% decline despite shifting aggressively to takeout and delivery orders.

Utilities fared the worst of all sectors, with less than a quarter of small businesses in that sector getting loans, according to the survey. The Paycheck Protection Program administered by the Small Business Administration has dispensed more than $530 billion in low-cost loans to millions of small businesses to cushion them from the sharp downturn induced by the coronavirus.