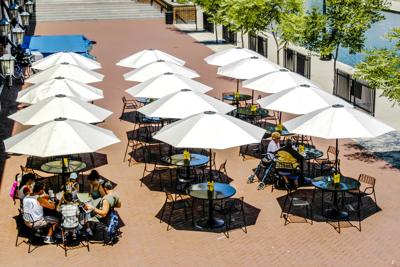 On Monday, Treasury and SBA published a new interim final rule on the treatment of entities with foreign affiliates for PPP eligibility purposes. The agencies also produced updated COVID- 19 recovery information, provided in several different languages in an effort to assist small business owners across the country. SBA also released an updated report on the second round of approvals for PPP. The report is here.

Federal Reserve Chairman Jerome Powell said Tuesday that the Fed’s lending programs for medium-sized businesses and state and local governments would begin operating by the end of this month. Powell said that while the Fed has received a “good deal of interest” in those programs, if not enough companies or state and local governments seek to borrow, the Fed would consider changes to them. That could include expanding their eligibility. The chairman’s comments came before the Senate Banking, Housing and Urban Affairs Committee, which held an oversight hearing on the $2 trillion federal relief package approved in late March. Treasury Secretary Steven Mnuchin, who also testified, came under sharp questioning from Sen. Elizabeth Warren, D-Mass., who charged that he wasn’t doing enough to force companies that receive aid from the joint Fed-Treasury program to keep workers on their payrolls. “Will you require companies that receive money from this half-a-trillion-dollar slush fund to keep people on the payroll?” Warren asked the Treasury secretary. The senator pressed Mnuchin to ensure that the loans include that requirement. When Mnuchin declined to commit to that change, Warren said, “You’re boosting your Wall Street buddies.” Mnuchin told Warren that the legislation that

provides the government aid includes restrictions on top executive pay and on company dividends and stock buybacks. The Fed’s Main Street Lending program, announced in March, will extend up to $600 billion in loans to companies with up to 15,000 employees. The Treasury has provided $75 billion to offset any losses from the loans, drawn from $454 billion that Congress provided Treasury to support Fed loans in the relief package. Mnuchin said his department would accept losses from any Fed loans that would come out of that $454 billion.

Mnuchin had previously said that the administration expected to recover all those funds. That observation had raised concerns that the Fed would adopt a cautious approach that would provide less financial support. Under sharp questioning, Mnuchin also defended the administration’s support for reopening the economy in many states, which he said would be done safely. Sen.

Sherrod Brown, a Democrat from Ohio, charged that the Trump administration was risking the lives of poorer workers in its efforts to boost the economy and financial markets. Brown asserted that the Trump administration hasn’t done enough to protect lower-paid front-line workers—by, for example, ramping up viral testing—even as most states start allowing restaurants, stores and gyms to reopen. “The administration wants to put more workers at risk to boost the stock market,” Brown said. “Your characterization is unfair,” Mnuchin responded. The Treasury secretary also noted that prolonged shutdowns of the economy would risk widespread business bankruptcies and long-term unemployment. “There is risk of permanent damage,” Mnuchin said. “We are conscious of the health issues, and we will do this in a safe way.”

President Trump threatened to permanently cut U.S. funding to the World Health Organization (WHO) Monday, claiming the organization is biased towards China. The Administration sent a letter to WHO Director-General Adhanom Ghebreyeses, asserting an “alarming lack of independence” from Beijing. The letter also criticized the organization’s response to the pandemic. Pres. Trump is giving the WHO 30 days to make “major substantive improvements”, threatening to cut funding and reconsider U.S. membership if such changes are not made. The news comes on the heels of China’s announcement earlier in the day committing $2 billion in aid to the WHO to assist in pandemic recovery efforts. In April, Pres. Trump suspended contributions to the WHO as his Administration performed an internal review of the organization’s response to the pandemic. Yesterday’s letter details the results of the review.

Results from Moderna’s Phase 1 clinical trial for its COVID-19 vaccine have yielded positive results. Moderna vaccinated dozens in the initial clinical trial and measured antibodies in eight of the participants. All eight developed antibodies to the virus at levels that either reached or exceeded the levels of people that recovered naturally from the virus. As a result, the FDA has approved the company to begin Phase 2 trials, which typically includes testing several hundred people. Moderna hopes to begin Phase 3 trials in July, which generally involves testing thousands of individuals. Moderna is one of eight drug developers around the world currently undergoing clinical trials on a vaccine to counteract the virus.

U.S. Senator Todd Young (R-Ind.) yesterday announced that the Centers for Disease Control and Prevention (CDC) will distribute more than $183 million to Indiana to boost coronavirus testing and reduce further spread of the virus. The funding is provided by the latest round of coronavirus emergency relief, which passed the Senate on April 21. “Enhancing testing capabilities is necessary to prevent the spread of coronavirus and keep Hoosiers safe. This additional funding to help our state and local governments purchase and administer tests is critical as we begin taking steps to safely reopen our economy,” said Senator Young. Indiana has now received a total of more than $209 million from the CDC. A breakdown of the total funding awarded to Indiana is available HERE.

Indiana Gov. Eric Holcomb is working on tweaks to his existing five-stage reopening roadmap based on data his team is reviewing and plans to share new details later this week.

Holcomb said during Monday’s press briefing that he will issue updated guidelines on Wednesday to give people time to prepare for any changes before Sunday. “I want to make sure the next steps that we take, either accelerating or decelerating, are done safely,” Holcomb said.

Under the existing state plan, all counties have technically moved into stage two with retailers, restaurants and personal services beginning to reopen with certain restrictions. Local governments have been allowed to impose more stringent restrictions, though, and some have chosen to do so. For example, in Marion County, Indianapolis Mayor Joe Hogsett has kept personal services closed through at least the end of the month and restaurants are still limited to takeout and delivery only until Friday, when in-person dining outdoors will be allowed.

Stage 3 of Holcomb’s roadmap, scheduled to start Sunday for the entire state, is set to increase the social gathering limit from 25 people to 100, allow retailers to go from operating at 50% capacity to 75% capacity, let fitness centers reopen and allow movie theaters to open at 50% capacity. Restaurants would remain at 50% capacity under Stage 3, and bars would remain closed. Stage 3 is currently scheduled to last until June 13. The five-stage plan eyes July 4 as the date when restrictions are completely lifted, but Holcomb has maintained that the date could change.

Major Streets Set Aside For Dining, Distancing Could Be Closed Until July 4

Five major commercial corridors in Indianapolis could remain closed to traffic through July 4 as part of the city’s reopening plan for accommodating restaurants that can offer outdoor seating.

Portions of Massachusetts Avenue, Illinois Street, Monument Circle, Georgia Street and Broad Ripple Avenue will close Friday to create safe thoroughfares for pedestrians to socially distance and for restaurants in the area to expand outdoor dining. The traffic lanes will become paths for pedestrians, while street parking spots and sidewalks could be utilized for outdoor seating or to expand retail space.

Beginning Friday, restaurants in Marion County can begin serving sit-down customers outdoors. Restaurants will still be prohibited from serving customers indoors, although that restriction could be lifted June 1. Indianapolis Mayor Joe Hogsett said Tuesday the streets would remain closed until July 4 weekend at the latest. Indianapolis Department of Public Works director Dan Parker said that when selecting the streets, the city considered corridor density, existing pedestrian traffic and ADA compliance, as well as where the city’s transit lines run.

He also said the streets chosen already are closed to traffic temporarily throughout the year for special events. Closing the streets, however, means street parking will be temporarily lost. The earmarked section of Massachusetts Avenue, for example, will lose 384 spots. Parker said there are at least 370 parking spots within 500 feet of the street closure—ample parking to accommodate visitors to the area. Restaurants that are not located along the streets will be allowed to expand outdoor seating into parking lots and adjoining property. Before businesses can set up new outdoor seating, they’ll need to file an application with the city in order to get proper permits. That process is being expedited, and fees will be waived. For more information about the Dine Out Indy program, including answers to frequently asked questions, or to apply for expand outdoor dining, visit Indy.gov/dineout.