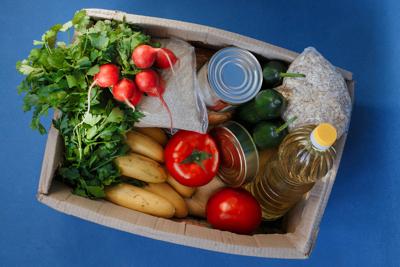 U.S. and Worldwide Numbers As of Friday Morning, From John Hopkins University:

Rokita received 52.15% of the vote in the third round of voting, the party said.

The results came after mail-in voting by some 1,800 state convention delegates for four candidates after a campaign among party activists that centered on whether the allegations against Hill left him vulnerable to defeat in the November election. (Indianapolis Business Journal)

IPS Unveils Back to School Plan

The state's largest school district has unveiled its plan to reopen schools for the upcoming academic year. Indianapolis Public Schools says it made the decision to open schools August 3 after reviewing guidance from federal, state and local leadership on minimizing the spread of COVID-19.

The district has implemented a number of safety protocols for students participating in full-time, in-person learning, as well as those opting for full-time remote learning. For in-person instruction, the district says all K-12 students and staff will be required to wear masks. Teachers will be provided face shields to allow for better comprehension while teaching. Schools will implement mask breaks throughout the day and students will be provided one reusable mask.

All schools will be required to implement social distancing protocols, including classrooms, hallways, restrooms, cafeterias, offices and playgrounds.

IPS says students who are unwilling or unable to return to school for full-time, in-person learning, they may opt for full-time remote learning, which will also begin August 3.

The district says families that choose the e-learning option will be required to fill out and submit a Full-Time Remote Learning Opt-In Form, the deadline for which is July 17. Each student taking the option will receive an iPad or Chromebook to support remote learning. Families who do not have internet access will receive a mobile hot spot device as well. Additionally, IPS says all students and staff will be ready to transition to full remote learning on short notice, even if they opted for in-person instruction. You can learn more about the district's plan by clicking here. (Inside Indiana Business)

According to Politico, the buzz in the White House is that, at some point over the next week or so, there is a plan in place to resubmit paperwork to do away with DACA. Remember: The Supreme Court said the administration repealed it incorrectly last time and gave the White House a road map for a do-over.

Of course, this will elicit head slaps from many corners of the Republican Party, but it follows in line with the Trump Administration’s consistent political belief that they are somehow at risk of losing their base.

NEW: The United States Conference of Mayors has sent the president a letter urging him to “fully maintain the Deferred Action for Childhood Arrivals (DACA) program until Congress passes legislation that would enable Dreamers – people who have lived in America since they were children and built their lives here – to earn lawful permanent residence and eventually American citizenship if they meet certain criteria.” The full letter, led by Louisville, Ky., Mayor Greg Fischer

Eleven Indiana food banks will receive $300,000 in state funding to provide assistance and services to Hoosiers in need. According to the state’s food bank association, Feeding Indiana’s Hungry, the impact of the COVID-19 pandemic could increase food insecurity by 40% among Indiana residents in 2020.

The funding comes from the Indiana State Department of Agriculture through the Indiana General Assembly. Funding recipients for the fiscal year 2021 include:

The funding was provided by the Indiana Legislature, as part of the biennial budget. The distribution amounts were determined using the Emergency Food Assistance Program fair share percentage, which captures poverty and unemployment levels in each county. (Inside Indiana Business)

WHO Acknowledges COVID May be Airborne

On Thursday, the World Health Organization (WHO) acknowledged the coronavirus may be airborne in the form of droplets that spread indoors in places with poor ventilation. The organization previously said the virus was only airborne during medical procedures. The reversal, which many health professionals say is long overdue, comes on the heels of a letter sent to the WHO earlier this week from more than 200 scientists in over 32 countries providing evidence the virus can exist in the air for periods of time.

On Thursday, Dr. Anthony Fauci said some states have reopened too quickly, which he claims has allowed the coronavirus to surge once again. Fauci noted Florida and Arizona, two states that have been particularly hard hit in recent weeks, as two examples of what reopening too soon can lead to.

Fauci added that states currently seeing a spike in cases can still contain the surge by pausing reopening efforts, instead of shutting down for a second time. Fauci recommended that Arizona, California, Florida and Texas –the four states that account for roughly 50 percent of new infections— close bars and severely limit crowded gatherings.

On Thursday, the Federal Housing Finance Agency (FHFA) announced Fannie Mae and Freddie Mac will extend loan origination flexibilities until August 31, 2020, in an effort to ensure continued support for borrowers that have been financially impacted by the pandemic. The extended flexibilities include alternative appraisals on purchase and rate term refinance loans, alternative methods for documenting income and verifying employment, and expanding the use of the power of attorney and remote online notarizations for loan closings.