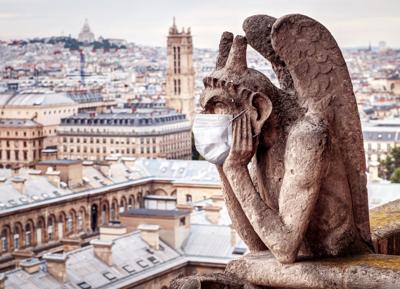 As of Tuesday morning:

As reported this evening in Axios, the summer reprieve from the coronavirus isn't coming, and the outbreak is hitting the Sun Belt the hardest.

Why it matters: Anthony Fauci warned today of a "disturbing surge" driven by community spread in metropolitan areas in Florida, Texas and Arizona.

Between the lines: This isn't just from expanded testing.

Grim comparison: A dean at the Baylor College of Medicine warned that Houston could "become the worst affected city" in America if the trajectory holds, and "maybe rival what we're seeing now in Brazil."

The big picture: Texas Gov. Greg Abbott even warned that lockdowns — a last resort — could return if the outbreak grows.

America risks being lumped with Russia and Brazil as countries that failed to control the coronavirus when the EU reopens its borders on July 1, according to the N.Y. Times.

President Trump has told aides he is largely supportive of sending Americans another round of stimulus checks, believing the payments will boost the economy and help his chances at reelection in November, according to three people aware of internal administration deliberations.

However, leading congressional Republicans and some senior White House officials remain skeptical of sending more checks, creating a rift within conservative circles that could have significant consequences for the stimulus package set to be taken up by lawmakers in July. The White House has not officially taken a position on the matter.

Internally, the president’s advisers and allies are split. Treasury Secretary Steven Mnuchin has advocated sending another round of checks, two people with knowledge of internal deliberations said, speaking on the condition of anonymity to frankly discuss matters they weren’t authorized to comment on publicly. Larry Kudlow, director of the White House National Economic Council, is skeptical of sending payments out to as many people who received them in the first round, said one person familiar with internal matters who also spoke on the condition of anonymity.

Congressional Republicans may be more likely to support another round of stimulus checks if it is paired with a substantial reduction to the $600-per-week increase in unemployment benefits approved by Congress in March, aides said. (Washington Post)

The updated IFR is here.

On Monday, President Trump signed an Executive Order (EO) that temporarily bans immigrants from applying for employment-based visas amid the continued spread of the coronavirus. The EO will take effect June 24 and last through the end of the year in an effort to protect jobs for the millions of Americans that remain unemployed.

There will be exemptions for those in the healthcare industry focused on researching and treating COVID-19, as well as workers in the food supply chain. Exemptions will also be provided for immigrants “necessary to facilitate the immediate and continued economic recovery of the United States.” The order does not apply to visa-holders already in the United States or those currently outside the country that have already been granted valid visas.

Yesterday, the Federal Deposit Insurance Corporation (FDIC) issued a final rule to mitigate the deposit insurance assessment effects of participating in the Paycheck Protection Program (PPP), as well as the PPP Liquidity Facility and the Money Market Fund Liquidity Facility.

PPP and the two facilities were designed to provide loans and liquidity to small businesses, lenders, and credit markets to help stabilize the financial system. The final rule will ensure banks are not subject to higher deposit insurance assessments for participating in these programs.

A statement from Chairman McWilliams is here.

The Office of the Comptroller of the Currency (OCC) issued an Interim Final Rule on Monday that will reduce assessments due to be paid to the Agency on September 30, 2020. Assessments due on September 30 for banks, federal savings associations, and federal branches and agencies of foreign banks will be calculated using the December 31, 2019 call report, rather than the June 30, 2020 call report.

This will likely result in lower assessments for most banks supervised by the OCC. If a bank’s assets as reported on June 30, 2020, are lower than on its December 31, 2019 report, OCC will calculate the assessment due on September 30 using the June 30 call report. Banks will pay the lower of the two options.

Nonprofit organizations in Marion County are now eligible for grants to help offset the costs of personal protective equipment. The city of Indianapolis is partnering with the United Way of Central Indiana to provide up to $5,000 to nonprofits through the Nonprofit Restart Program. Mayor Joe Hogsett says the grants are coming from a $2 million appropriation of CARES Act funding recently approved by the Indianapolis City-County Council.

The grants will be used to reimburse organizations for purchases of PPE, including disinfectant products and capital improvements to maintain safety measures for social distancing.

To be eligible for funding, nonprofits must be located in Marion County, have achieved 501(c)(3) status from the state prior to February 15, have purchased PPE and other health and safety items as a result of the pandemic, and submit all receipts of such purchases, which must have occurred between March 16 and August 15 of this year.

You can learn more about the Nonprofit Restart Program by clicking here. (Inside Indiana Business)