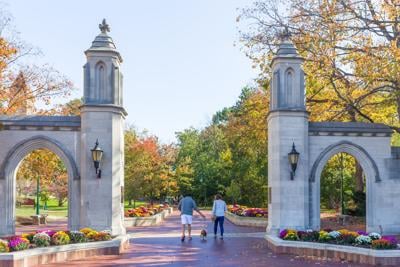 Some highlights in today’s memo:

Big News: The Centers for Disease Control and Prevention on Friday urged organizers of large gatherings that involve shouting, chanting or singing to “strongly encourage” the use of cloth face coverings to lower the risk of spreading the coronavirus.

However: The CDC said its guidance does not directly apply to national protests against police brutality or the upcoming Republican National Convention, but said the guidelines speak for themselves.

More Details: The agency also offered a variety of other suggestions as normal activities resume, in addition to accepted measures such as hand-washing, wearing face coverings, and keeping six feet apart.

What’s New: Yesterday, the Federal Housing Finance Agency (FHFA) provided an extension of loan origination flexibilities offered by Fannie Mae and Freddie Mac in an effort to assist borrowers during the pandemic. FHFA extended alternative appraisals on purchase and rate term refinance loans and alternative methods for verifying employment before loan closing. The Agency has also expanded the use of power of attorney and use of remote online notarizations to assist with loan closings, as well as the authority to purchase mortgages in forbearance. The press release from FHFA is here.

What’s New: Some states around the country have experienced a recent surge in COVID-19 hospitalizations as lockdown restrictions have been eased.

What is Happening and Where: Arizona intensive-care units hit 80 percent capacity over the weekend, Texas set hospitalization records three different times this week, and Utah has hit hospitalization records twice since May 25. Texas and Utah began reopening their economies on May 1, while Arizona began Phase I on May 15. Other states that made the decision to reopen early have also seen an increase in positive tests. Alabama reached an all-time high in the number of hospitalizations on Wednesday, with patient admissions up 44 percent since Memorial Day. Hospitalizations in Arkansas have doubled, and South Carolina has reported a 24 percent increase during the same period.

Please Note: A number of hospitalizations may be attributed to elective surgeries and procedures postponed by the shutdowns that have taken place throughout the pandemic. Similarly, an increase in positive test cases can be attributed to increased testing capabilities.

What’s New: While Indiana officials have given approval for schools across the state to return this fall, Marion County officials are delaying a decision about Indianapolis schools until they better know how the city’s gradual reopening has affected the spread of COVID-19.

Backstory: State officials announced last week that school buildings will be allowed to reopen after July 1, but they left the final decision to districts and local health departments. The pandemic has struck Indianapolis particularly hard compared with the rest of Indiana, and the city has also been slower to reopen other institutions, such as restaurants and shopping.

Details: At a media briefing Thursday, Marion County Public Health Department Director Virginia Caine said she is “very optimistic” that schools will be able to reopen, and she aims to have a definitive answer by July 15.

What’s New: State budget officials this week ordered $103 million in cuts to higher education funding as the latest response to a drop in tax revenues.

What Does It Mean: The cut equals about 7% of the $1.7 billion appropriations for state education institutions’ operating and line item funding. Some capital and fee replacement funding won't be affected.

More Details: The State Budget Committee is expected to weigh in on the reversion at its meeting next week. State Budget Director Zac Jackson noted in the memo sent Wednesday that the federal CARES Act allocated money directly to colleges and universities to defray expenses such as lost revenue, technology costs associated with distance education and grants to students. At least 50% of the funding received by institutions is required to provide direct emergency aid to students.

And: The State Budget Agency included a table that reflects the remaining 50% retained by each institution.