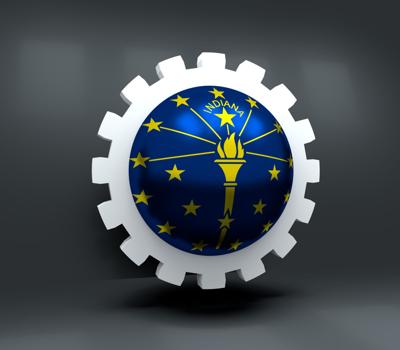 How’s business? “Wonderful,” is the answer you’ll probably get from those who only know the stock market continues to rise.

How is business in Indiana or in your sector of the economy? That answer is often hard to find.

The news media often report only the upbeat press releases from companies seeking to impress investors or politicians. The politicians only want good news to have voters believing they caused successes and nothing to do with failures.

“How’s business” today rarely reflects the long-term trends influencing our lives and our communities. Business changes, not like the weather, but more like the climate, slowly. Mighty firms and bustling communities fade while new enterprises sprout and forgotten towns regain popularity.

In 2007, before the Great Recession, Indiana had 152,900 establishments, places where people worked - factories and shops, garages and hospitals, schools and nursing homes, public and private. Ten years later, that number was down by 4,500 (-2.9 percent). Meanwhile, the nation gained 153,000 establishments (+2.0 percent).

(-16.8 percent) and 2,100 retail establishments (-9.0 percent). Nationwide, both of those sectors also lost establishments, but by smaller percentages than Indiana.

Places of business, you might say, are not as important as jobs. According to the same sources, County Business Patterns (U.S. Bureau of the Census), the number of paid employees increased by 4.9 percent in Indiana and 7.1 percent nationally. However, Hoosier employees matched their national brothers and sister in the percent increase of average weekly earnings. The increase, not adjusted for inflation, in Indiana was 25.6 percent and nationally it was 25.8 percent.

Although this is a good talking point, the dollar increase for Hoosiers was $175 per week compared to $210 across the nation. That difference is the result of Hoosier weekly earnings, for all sectors of the economy, being 16 percent below the corresponding national figure in 2007.

The story was unchanged in 2017. Again, our average wages were 16 percent lower than the national average. Indiana neither gained on the nation nor lost ground over the decade.  Given all the changes in this nation, during a period of great distress and then slow, but sustained growth, Indiana kept pace with the nation.

Is this a triumph or a defeat? Certainly, matching the nation might be considered a great feat for a state where our leading economic sector (manufacturing) was in sharp decline nationwide.

Nationally, from 2007 to 2017, manufacturing lost 1.6 million jobs (-12 percent) while Indiana’s loss was 32,000 jobs (-6 percent). The picture is similar when we consider other sectors where Indiana’s highs where not as great as the nation’s nor were our lows as deep. This result, of a more balanced response to the gyrations of the national economy, was not planned, but no doubt many will find comfort in being shielded from the most extreme changes of a turbulent period.