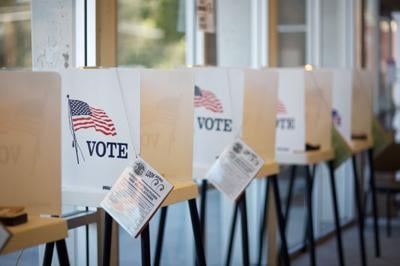 This story was originally published July 13, 2020 by TheStatehouseFile.com

A new Indiana law will withdraw the state from a nonpartisan system designed to streamline access to voting data across 30 states and replace it with its own system.

The law — Senate Enrolled Act 334 — removed Indiana from ERIC, a program used to detect duplicate voter registrations, and creates a new program called IDEA that will be managed by the Indiana Election Division.

Voting rights advocates hoped the new law, which went into effect July 1, would address concerns about voter suppression, but they now claim there is no improvement.

During the 2020 legislative session, voting rights advocates compared the IDEA system to a similar program used in Kansas, the Interstate Crosscheck system, that has been challenged for removing voter registrations with little to no warning.

Julia Vaughn, policy director for Common Cause Indiana, pointed to this similarity as lawmakers reviewed SEA 334 in the spring. She noted the Indiana law would similarly remove voters without notice if the program suspects a problem. Vaughn argued such action is in violation of the National Voter Registration Act, or NVRA, which requires election administrators to give voters notice before cancelling their registration.

SEA 334 also raises an old issue, Vaughn said. It comes after Common Cause and the American Civil Liberties Union challenged a 2017 Indiana law, Senate Enrolled Act 442. The groups asserted in a lawsuit that Indiana voters were being unlawfully purged from voter rolls when SEA 442 implemented a voter database similar to the one used in Kansas.

While Common Cause and the ACLU are still awaiting judgment on the 2017 lawsuit, Vaughn said her team would pursue another lawsuit targeting the 2020 law because it presents the same problems.

“We had hoped that the General Assembly would make a genuine effort to fix what the court said was wrong,” Vaughn said. “That didn’t happen.”

Despite the concern, the 2020 law’s author — Sen. Greg Walker, R-Columbus, said he didn’t write the legislation to address voter suppression claims. He doesn’t trust ERIC and would rather see Indiana manage its own voting data, he said.

“There is reason to have suspicion any time that the states surrender too much authority to any central body,” Walker said. “States should fight hard to maintain independence — resist any influence to conform.”

Walker said IDEA is a more competitive alternative to ERIC. He and other proponents said IDEA will provide more security because it will delete data pertaining to duplicate voters after the system removes them. With ERIC, data lingers in the system, and some argue that puts voters’ personal information at risk of being leaked.

Another advantage is that other states can join IDEA for free, as opposed to paying the $50,000 it costs to retain membership in ERIC. According to the bill’s fiscal note on the Indiana General Assembly’s website, IDEA will not cost Indiana more than participation in ERIC.

And in general, Walker said he’s not worried about voter disenfranchisement because provisional ballots provide a back-up plan for voting. Provisional ballots are issued when potential voters feel they should be on the voter list, even though their names aren’t there. Cases are reviewed after elections, and local officials decide whether or not their vote should be counted.

“It is extremely, extremely difficult if not impossible to deny someone the right to vote by maintaining a clean active voter list,” Walker said.

While Walker said he isn’t concerned about voter suppression, he does worry about fraud, which his law seeks to combat. Although voter fraud is rare, he said, the potential is there.

But Sen. J.D. Ford, D-Indianapolis, said problems like voter suppression will persist under the new law. He opposed the bill in the Senate Committee on Elections and voted it down on the Senate floor.

Ford said the law prevents Indiana from moving forward and obtaining accurate information in regard to the voter list.

“I think over time we’re going to see some ramifications from this bill that’s not going to be on the side of the voter,” Ford said.

Indiana’s participation in ERIC has served the state well, Ford said. The program has consistently reviewed voter data and maintained voting integrity, he said, so he doesn’t understand why legislators strived to revoke the state’s membership. He also expressed concern given that neighboring states have said they won’t participate in the new system and because Indiana alone will be liable for any glitches in the system.

In a point contrary to Walker, Ford said that ERIC may be a good program for preventing voter fraud, as it allows for better communication among states that can catch duplicate voter registrations.

Harrison County Clerk Sherry Brown said she has only seen one case of voter fraud in her county over the past four years. A few elections ago, she said a man made a fake ID and voted in someone else’s name. The way they could have caught that, she said, was to notice an invalid signature.

Brown also said that provisional ballots are uncommon. Her county only issued 13 among the 7,550 total ballots that were cast during this year’s primary. If those contested voters want their vote to be counted, she said, it’s on them to contact her office and sort it out.

Brown said the state mails postcards to registered voters to verify their addresses. Her office double checks those that are returned to sender and declares those voters inactive. They are automatically removed from the rolls, unless they change their address or vote in one of the next two elections.

Removing voters is a point of controversy when it comes to SEA 334. Some say it’s blatant disenfranchisement that far overshadows the risk of voter fraud.

“Voter fraud is not an issue,” Vaughn said. “It barely exists.”

Vaughn said she believes that Indiana’s regression in voting rights is not alone. It simply follows a national trend of voter suppression, and she said policymakers should cut potential voters some slack because they don’t need any more obstacles.

Isaac Gleitz is a reporter for TheStatehouseFile.com, a news website powered by Franklin College journalism students.