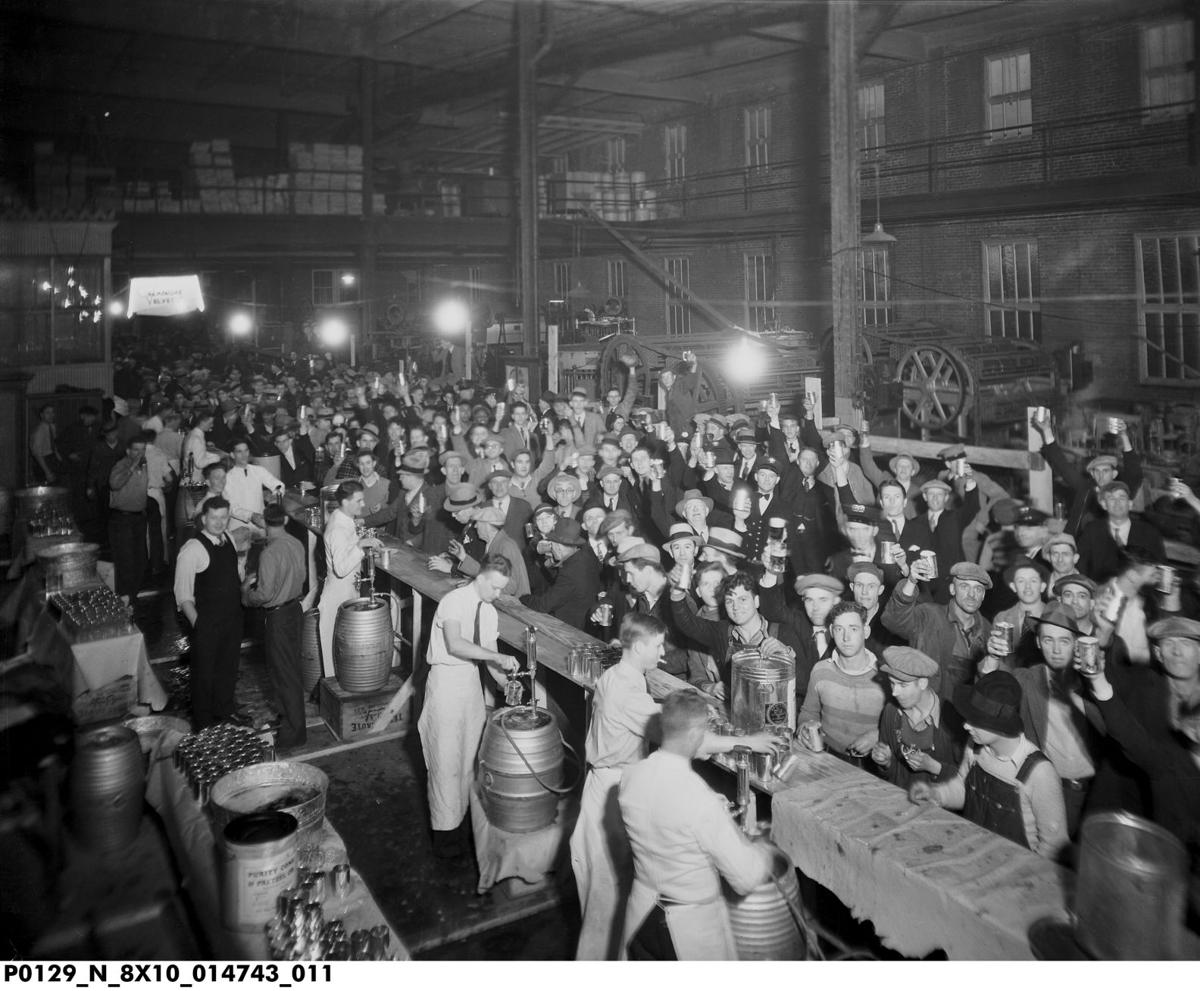 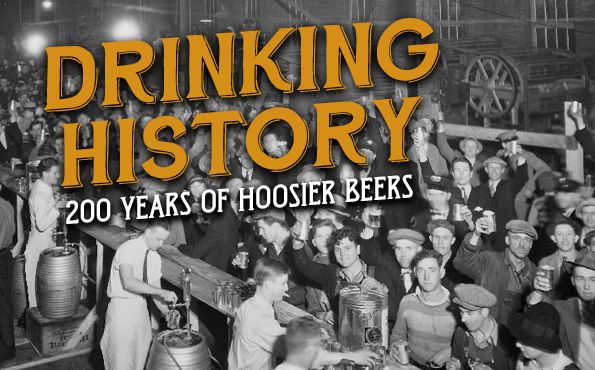 A celebration of a brewery re-opening after Prohibition. 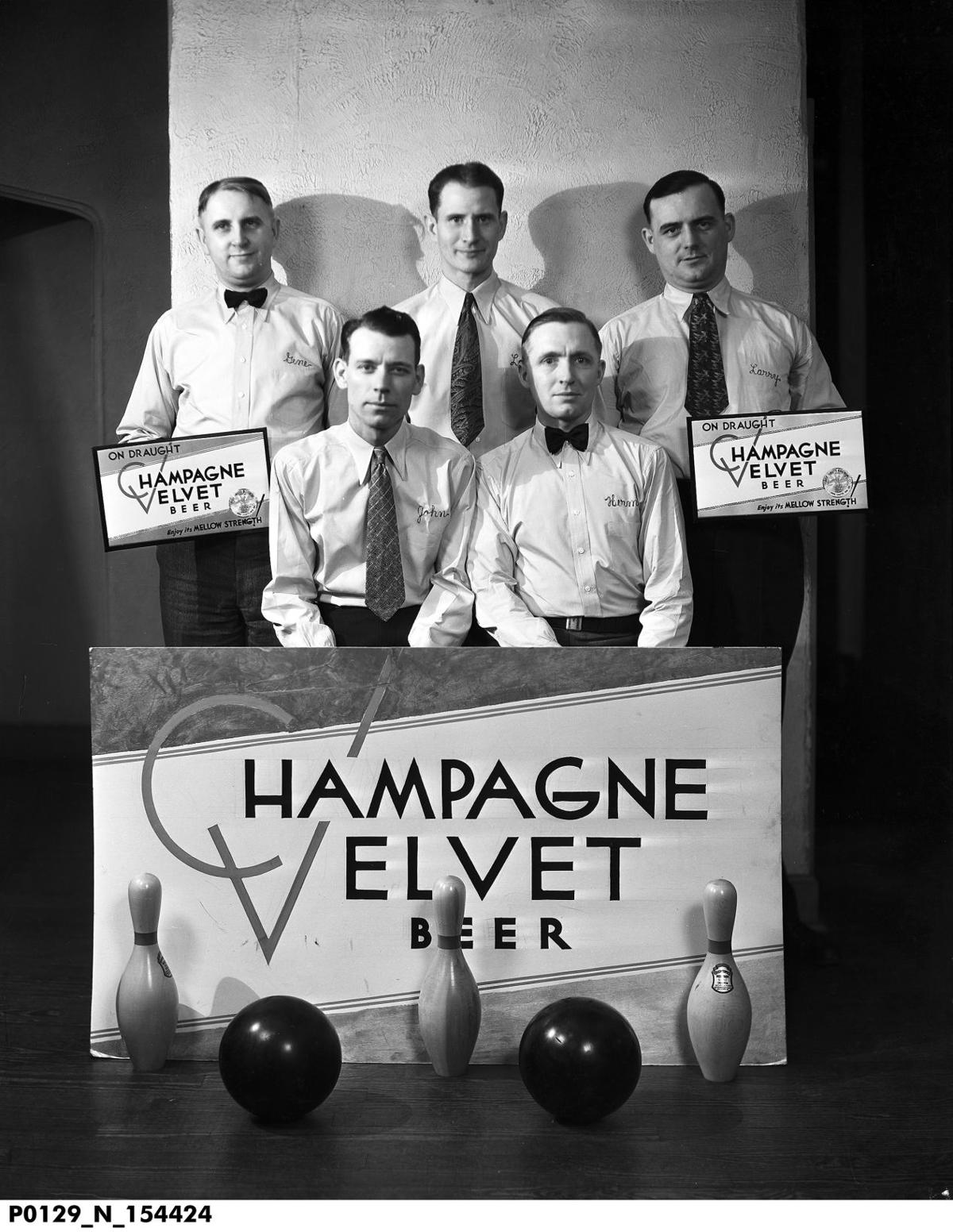 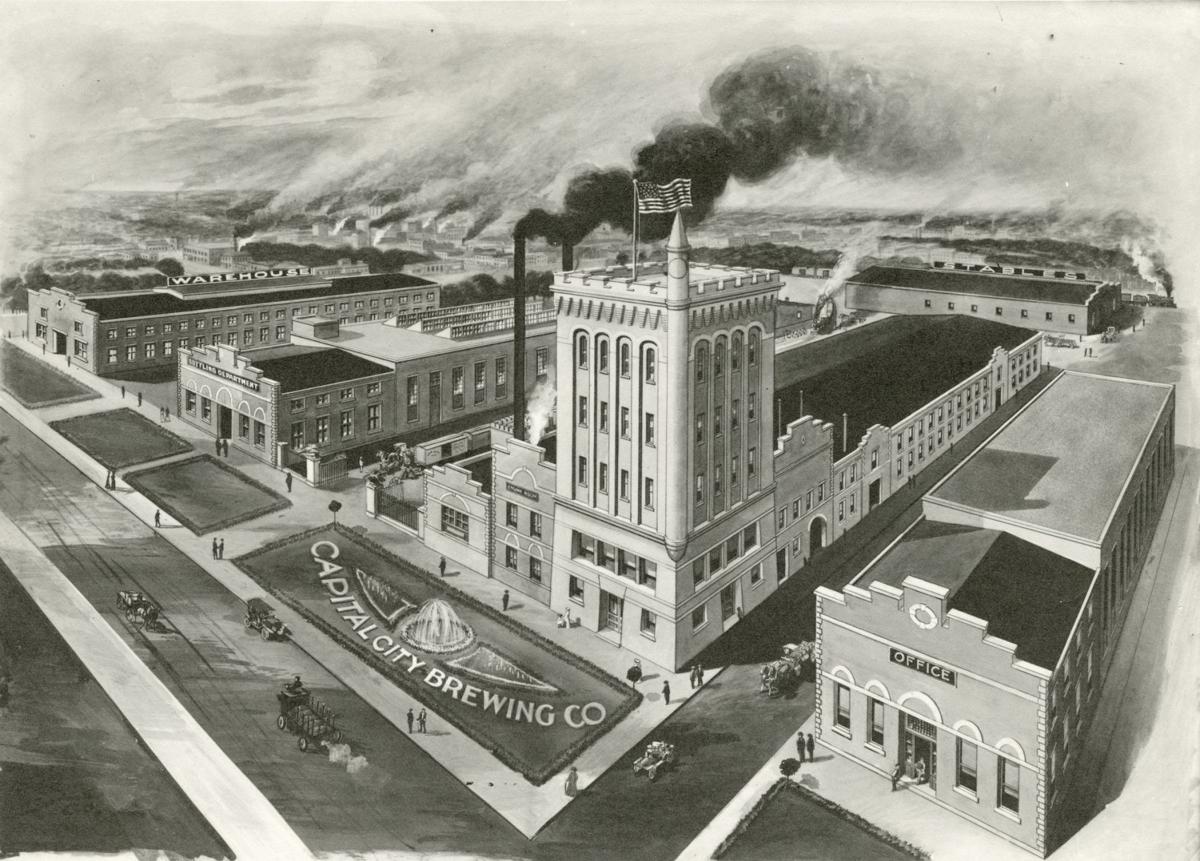 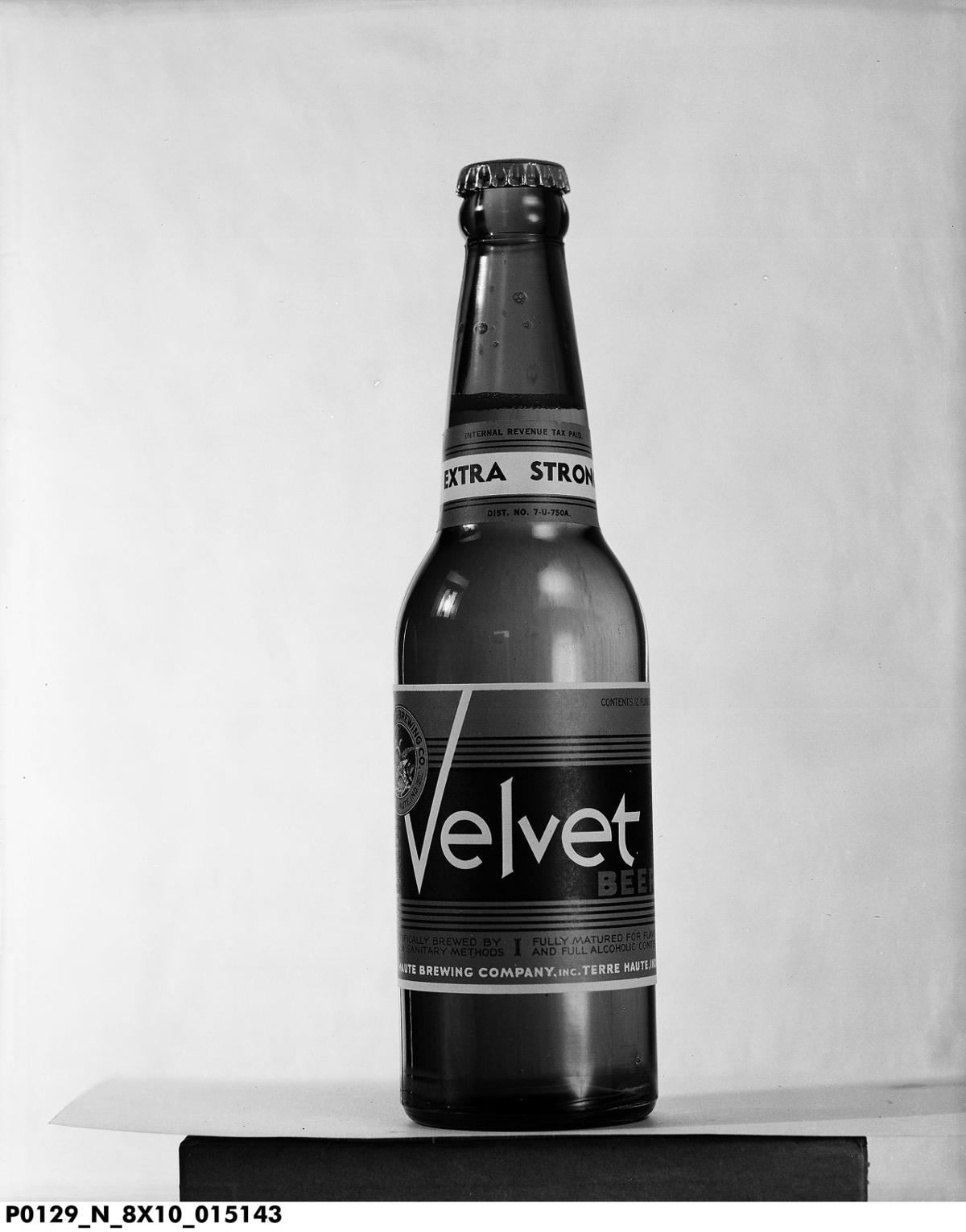 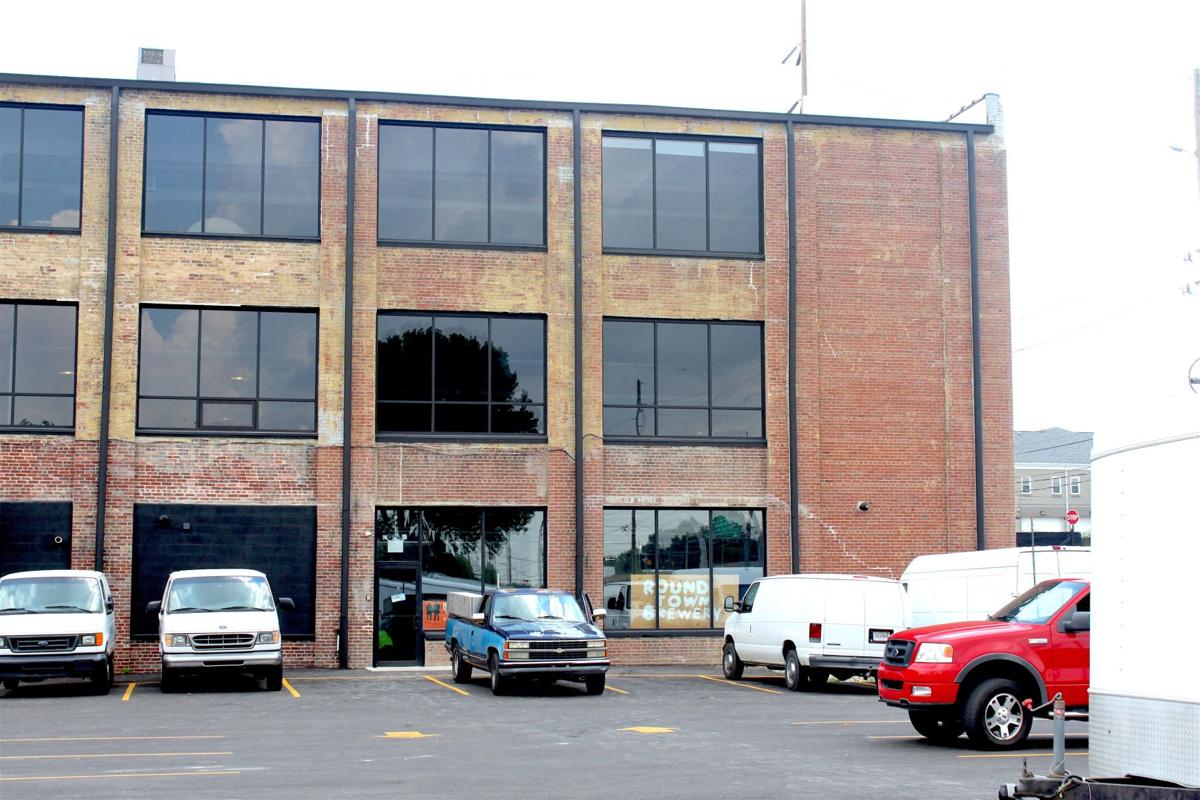 The historical facade for Round Town Brewery

A celebration of a brewery re-opening after Prohibition.

The historical facade for Round Town Brewery

Editor's note: Every September, NUVO explores a topic near and dear to our hearts and pint glasses: Beer. This year, we asked beer maven Rita Kohn to share a bit of her copious amounts of local brewing history knowledge, exhibited in her upcoming book Indianapolis Brewing: Along the National Road, The Monon and Indianapolis Cultural Trail. Read more about Kohn's work documenting Indiana beer.

The oldest known recipe is for beer.

It once was used as a form of payment. It was administered as an antibiotic. It is older than the Roman Empire, it left people rosy-cheeked before the Three Kings met baby Jesus.

And it's also played a major part in Indiana’s 200-year history.

When we look at the history of beer in Indiana we begin to see a pattern — or, to use a better term, a circle. Although academics prefer to present history as linear — chronologically, one factor at a time — glass in hand, we instinctively comprehend that our story is cyclical. Maybe it's somewhat like a Slinky progressing from step to step, the present always meeting up with the past on its way to the future.

Someone is always a new settler in quest of a better life; someone is always an old settler trying to keep hold of the life they have. A quick comparison of our brewing beginnings and where we are today sheds light on the fact that, despite technological advancements, we are very much a product of our past.

Indiana became a state in 1816, 200 years ago. Early settlers and elected members of the House and Senate came here from our neighbor to the south, Kentucky.

And, as it is today, the drinking culture of Kentucky was based around bourbon whiskey. It was the beverage of choice in taverns. At the time, beer was a homemade drink, and not commercial. But, with increased immigration and the emergence of improved transportation with the building of the National Road, the canal and our many railroads, beer quickly became a production industry.

The first brewery in the city of Indianapolis came in 1834 with the opening of Wernweg & Young. Wernweg & Young, sometimes called “The Indianapolis Brewery”, was established in 1834 at Maryland and West Streets. Partners William Wernweg and John L. Young set the footprint for Indianapolis’ brewing story. The National Road, a.k.a. Washington Street or U.S. 40, was and is the spur toward the current craft brewery boon around Greater Indianapolis. Modern day breweries cluster along and nearby Washington Street.

Coincidentally, Round Town Brewery, with Jerry Sutherlin as brewmaster and Max Schenk as owner, will open Fall 2016 in the Biltwell Event Center, a converted 1922 manufacturing site at 950 S. White River Parkway W. Drive, which sits within a mile or so of the site of Wernweg & Young.

A mutual question — “What took so long?” — surrounds these two ventures separated by 182 years.

In the case of Mr. Sutherlin, “What took so long?” refers to his being the last of his long-tenured Indianapolis brewer colleagues to establish a brewery of his own. Sutherlin began his brewing apprenticeship in 1994 at Oaken Barrel Brewing Company in Greenwood, moved on to The RAM in Downtown Indianapolis, and subsequently served as Rock Bottom Downtown Brewmaster from 2005 until 2015, when he teamed with Max Schenk to establish Indianapolis’ first craft brewery west of the White River.

In the case of Indianapolis, “What took so long?” refers to not having a brewery until 13 years after the 1821 approval by the General Assembly to build Indiana’s new capital city from the ground up at the confluence of Fall Creek and the White River.

Why no brewery until a decade after Indiana’s seat of business officially moved from Corydon to Indianapolis and the State Legislature convened in the Marion County Courthouse on January 10, 1825?

Sutherlin and Schenk claim timing for a customer base, and in this they might well be speaking within the context of 182 years ago. Sutherlin and Schenk join 43 other breweries now operating in Greater Indianapolis as part of the modern craft industry that had its start in 1990 with the opening of Broad Ripple Brewpub.

When Indiana gained statehood on December 5, 1816, two breweries already were in full production at opposite ends of the state. The city of Indianapolis did not yet exist.

The first was in New Harmony, a town established in 1814 by George Rapp. George Bentel from Iptingen (Germany) was brewing a well-received dark lager until 1824, at which time the Harmonists moved back to Pennsylvania and Robert Owen bought the site to establish the Owenite Community. Hew Ainslee, a multitalented Scotsman with credits as a published poet, took over the brewery until 1825. Ainslee then went on to found breweries in Cincinnati, Ohio, Louisville, Kentucky and New Albany, Indiana, where he brewed ale, porter and stout, reportedly typical of small breweries during 1820-1840 along the Ohio River, though Common Ale also has been cited as a brewer’s choice for that time. Bottomly & Ainslie brewery opened in New Albany in 1832 and had a long run with successive owners through 1935.

For those who may wish to get a taste of one of Indiana’s first beers, there is hope. The current Great Crescent Brewery, based in Aurora, Indiana, continues to brew George Bentel’s Swarzbier. It is served on tap at the brewery in Aurora and at Sara’s Harmony Way at 610B Church St., at the corner of Church and Main Streets in New Harmony, within a short walk from New Harmony’s original brewery and Bentel’s original house.

[If making a trip to Aurora isn’t a possibility, Hoosiers can also get a taste of Upland’s Champagne Velvet; though it isn’t as historic as Great Crescent’s offerings, it isn’t necessarily a spring chicken. The recipe comes from Terre Haute Brewing Company and is 114 years old and the good news is it’s available in many bars and liquor stores right here in Central Indiana.]

The second brewery in the state was located in Richmond, Indiana. English-born Ezra Boswell was brewing ales from 1816 until his death in 1831. His colorful career included extensive civic service. With the opening of New Boswell Brewing Company on St. Patrick’s Day in 2010, Roderick and Keira Landess revived the pioneering spirit of the one-eyed brewer.

But what of Indianapolis? Let's dive in, decade by decade.

What would become Indianapolis at the confluence of Fall Creek, known by its Native American name of Sakpehelluk, and the White River, known as Wapahani, was at that time an established Delaware tribe village.

This area was not ceded to the federal government by the Delaware and Miami tribes until the 1818 Treaty of St. Mary’s and was not to be vacated by the tribes until late 1820 and early 1821.

In anticipation of the area’s changeover from tribal residence to federal ownership, on February 26, 1820, War of 1812 veteran John Wesley McCormick, Jr., arrived with his family and his brothers James and Samuel at the east bank of White River, near what now is Washington Street. It is believed the McCormick sons traveled the distance from Connersville along the Whetzel Trace, which was cut through the wilderness by Jacob Whetzel and his son Cyrus several years earlier with permission granted by Delaware Chief William Anderson.

“They camped on a spot near where the old National Road bridge was afterward erected, and the double log cabin which was to become historic as the first white man's dwelling in what is now the capital of Indiana was commenced at once,” writes Mrs. Catherine Eagle, a daughter of James McCormick, in her memoir published in 1925 in the Indiana Magazine of History.

“It was located on White River, on the narrow wedge-shaped piece of ground lying between what is now West Washington Street and the National Road, and stood between the two bridges which later were built across the river at the base of the wedge, being just north of the east end of Washington Street bridge.”

A rock in White River State Park marks the site of the John McCormick Jr. log cabin. Along with a mill, “they built a tavern, where a meeting was held to decide the location of the capital of the new state of Indiana. In 1822 John became one of the first county commissioners of Indiana,” writes Eagle.

To date, I’ve not found information about beverages available at the McCormick Tavern, but if one extrapolates from the sustainable life of pioneers, one or another of the McCormicks would have been distilling whiskey and brewing. At that time, wild yeast would have been a viable brewing method. Beer, then as now, would have been served freshly brewed.

John McCormick’s tavern, built February 27, 1820, had a rival by 1821. John Hawkins, “built a cabin from the abundant supply of logs which surrounded the site and gave notice that he was prepared to furnish good entertainment for man or beast. His monopoly did not last long, for, in 1822 Thomas Carter erected a larger hostelry and furnished entertainment for immigrants, who at that time were coming somewhat numerously, and who needed a stopping place until they could build cabins of their own.”

From these early beginnings of serving beer in places of lodging, taverns and hotels played a major role in the history of Indiana beer.

The oldest surviving hotel in the Wholesale District is also the oldest hotel building left in Indianapolis. Originally named Concordia House, the building later became known as Tremont House and then as Germania House.

The Concordia House was erected south of the old depot to be close to the "eating houses" and railroad offices located in the southern portion of the depot. In the 20th century, the Germania House was operated primarily as a rooming house and bar/restaurant for neighborhood patrons.

The bar, now called the Slippery Noodle Inn, was cited in 1977 by Historic Landmarks Foundation of Indiana as the oldest continuously operating bar/restaurant in the state and as one of the oldest surviving commercial buildings Downtown.

According to an article published in Indianapolis’ first newspaper, The Gazette, there were seven taverns in the city in 1822. A meeting at John Hawkins’ Tavern on January 30, 1822, established the call for a regular schedule of mail delivery from and to Connersville. Thereafter, reports on conducting government business, included adjourning to the other taverns.

The first city election, set for April 1, 1822, seems to have included half of the population as running for one office or another. It was reported that “whiskey flowed freely” on election day.

And at the first session of the Circuit Court on September 26, 1822, “John Hawkins was licensed to keep tavern and sell whiskey.”

Check back tomorrow to see part two where we go from whiskey to beer in the 1830s; Indy's first brewery opens in 1834, and then less than a century later we enter "an era of everlasting Prohibition."