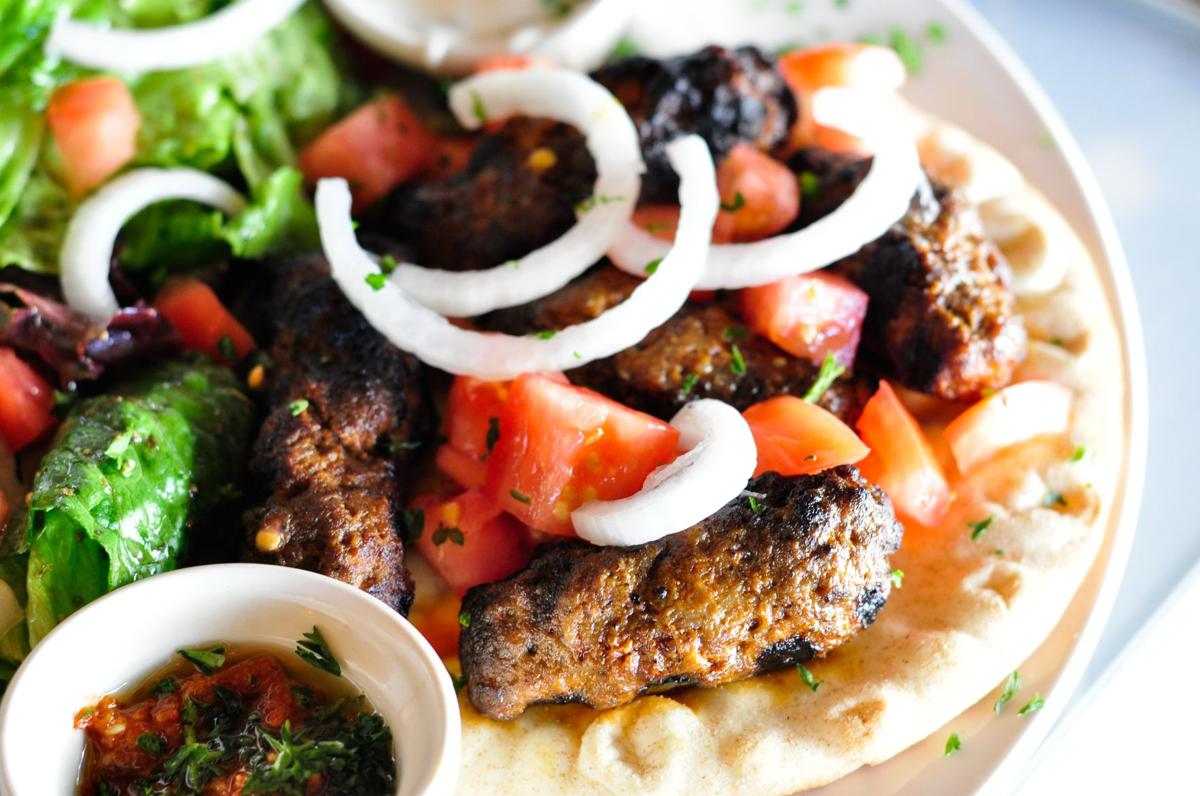 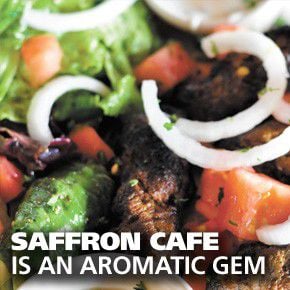 A great restaurant in the neighborhood doesn't just attract people and improve the tax base. It perfumes the air.

That's what we found the other day as we approached the Saffron Café (621 Fort Wayne Ave.), the new Moroccan restaurant that's taken over the building that used to be home to the Canary Café. We parked on Delaware Street, and no sooner did we round the corner than my companion and I found ourselves inhaling the lilting aromas that accompany the best North African cuisine.

Chef Anas Sentissi gave his building a rich red coat of paint on the outside and a thorough white tablecloth makeover on the inside before opening the Saffron's doors March 2. It hasn't taken long for his place to create an enthusiastic buzz.

Offering extensive lunch and dinner menus, Sentissi promises that everything at Saffron is made from scratch.

We arrived in time for a late lunch that began with a pot of Atay for two ($5.95), sweet Moroccan green tea with mint that was served in a silver pot with a pair of cut glass tumblers, along with the Antipasto Plate ($7.95), a combination of three appetizers: hummus, zaalouk (an eggplant spread) and bakoula (a spinach spread) served with mild feta cheese and pita wedges. The hummus was not as heavy or garlic saturated as is often found in Middle Eastern or Greek restaurants. The vegetable spreads, likewise, were lightly seasoned. Taken all together, these starters formed an appealing triumvirate of flavors and scents that played nicely with the aromatic tea.

Artful blendings of aromas and flavors would characterize everything about this meal. The Moroccan palette seems composed of a family of spices that don't compete, but build off one another.

Next up were soups: Harrira for me, a mix of cilantro, tomatoes, saffron rice and chick peas ($4.95); and Carrot Ginger, fresh pureed carrots with ginger and a dash of brown sugar ($4.95), for my companion. My soup was tart with a peppery afterglow - a gift that kept on giving. Across the table, the Carrot Ginger was pureed to a bright consistency and sweet without being cloying.

I followed up with a Kafta Sandwich ($7.95), finger rolls of finely ground, deeply seasoned and char-grilled beef served on an open-face pita with romaine lettuce, purple onion and thickly diced tomatoes. You can choose either a cucumber yogurt or a spicy harissa sauce to top this dish. I opted for the latter for a little more kick. It was terrific, but the beef hardly needed it. It had a robust flavor all its own.

My friend ordered the Couscous Royale ($9.95), a medley of vegetables served over couscous and steamed in a conical clay pot. The presentation made a cheerful color wheel of greens, yellows, oranges and red. The spicy steam infused this dish with a subtly flavorful character.

We saw some amazing desserts coming out of the kitchen, but our senses were already sated. Next time.