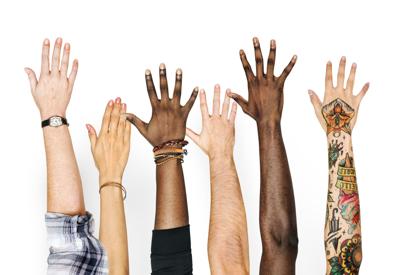 Indiana’s youth climate leaders called on legislators to act on measures aimed at addressing a number of environmental issues during the state’s first Indiana Youth Climate Action Day at the Indiana Statehouse in late January.

“If we have the desire to be seen as a progressive state, it’s time we address our problems and face them step by step in a progressive manner,” said Martha Abaddi of Hamilton Southeastern High School in Fishers.

Abbadi was one of three youth representatives to speak to the crowd of young people ranging in age from 6 to 18.

The event was hosted by Rep. Carey Hamilton, D-Indianapolis, who has written a House Resolution regarding climate change, and attended by hundreds of young people across the state.

“I have been inspired by youth climate leaders across our state and wanted to put together an event to lift up their ideas and let them know that I’m doing my small part as a state representative to hand off a planet where they can breathe the air, drink the water and live without fear of the next big natural disaster,” Hamilton said. “Our children should be able to live in a state that embraces renewable energy as part of a thriving, sustainable economy.”

Hamilton spoke about the bills and about a House resolution on the protection and conservation of Indiana’s natural resources. As of now, Hamilton has 22 cosponsors, including one Republican, Rep. Mike Aylesworth, who represents parts of Lake and Porter counties.

The resolution would require the formation of a summer study committee that would recommend policies and solutions on climate change. The bi-partisan task force would focus on ways to protect Indiana’s agriculture sector, grow clean energy manufacturing in the state, develop renewable energy and make communities more resilient.

“If we decide to do so we, can innovate, invest and build a healthier, stronger and more resilient Indiana,” Hamilton said.

Abbadi and the other two youth speakers — Vernice Riego of Hamilton Southeastern High School and Cooper Tinsley of Westville High School near Gary — were given a chance to review Hamilton’s resolution before the event.

“It saddens me that adults are looking up at me right now, looking for a reason to pass this resolution, when it should be the other way around,” Riego said. “We need politicians and lawmakers to create a better future for tomorrow and shake off the lethargy of the past 50 years.”

Ethyl Ruehman, 20, from Porter County, attended the event with Danielle Sipp, 15, of Gary. Both are members of Northwest Indiana Youth Climate Council.

Ruehman said their region is known as “the cancer corner” because of the significant presence of polluting industries.

“These issues are impacting our area specifically, and we want to make sure we’re here to say something to our representatives and remind them that we’re still here and we are suffering the effects of their decisions,” Ruehman said. “Whether they do something or not this is the thing that is going to impact us and our future and future generations as well. Their inaction has consequences.”

Another part of the day focused on how young people can address politicians and law makers about their concerns in a more effective way, either through meeting with representatives directly or sending letters. Children were encouraged to write letters while at the Statehouse.

“I hope that our representatives realize how important it is for them to truly represent us when it comes to climate and our future and efficiency,” said participant Himiko Ogawa, 15. “I just really hope that they listen.”

Tinsley recommended speaking not only to officials, but to family members.

“Even though I can’t vote, I’m still here today and convincing the people who can vote to really take that stride. I talked to my family even when they were electing our local officials. I talked to my mom and dad and I asked them if I could use their vote,” he said.

“Obviously, I hope the resolution will get passed,” she said. “But I hope we start doing things in the resolution as soon possible rather than waiting.”

“These Indiana successes require the participation of young people with adult allies — elected officials, teachers, scientists, engineers, business and faith leaders,” he said. “In the process, we are not only addressing the climate crisis, we are improving our Hoosier civic health.”

To learn more about the other bills with environmental concerns being discussed this legislative session please see this story.