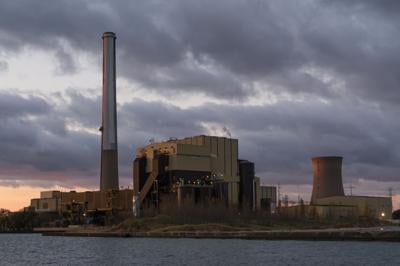 A bill that could slow the closing of the state’s coal-fired power plants now advances to the Senate after clearing the House by a relatively close 52-41 vote.

Rep. Ed Soliday, R-Valparaiso, authored House Bill 1414, which requires the state’s utilities to notify the Indiana Utility Regulatory Commission if they plan to close an energy-producing plant. The IURC would then hold a hearing and issue findings, after which the utility could be free to close the facility.

“Whether that’s coal or rabbits on a treadmill, we need the lights to come on when we flip the switch,” Soliday said. “We’re in transition. Not the first time, won’t be the last. But we’re in transition. All we’re asking to do is manage it.”

But critics of the bill said it is aimed at saving or at least slowing the decline of the coal industry by stopping the state’s utilities from transitioning to other sources of fuel like natural gas or renewable like wind or solar. The bill united utilities, environmentalists and the Indiana Chamber of Commerce in opposition.

“When I think about our state, we’re great manufacturers,” she said. “We should be working actively to grow electric cars, solar panel and wind turbine manufacturing in our state. This bill will send a message that they are not welcome.”

Soliday argued that the bill provides a pause as a study committee examining how the shift to renewable and other energy sources finishes its work. The legislation would expire May 1, 2021, he said.

Rep. Ryan Hatfield, D-Evansville, was against the bill because he said it would not be helping anyone from Indiana, but instead hurting them.

Hatfield said most utility companies do not source their coal from Indiana, but from Wyoming because it is cheaper to do so. He believes this bill helps Wyoming marketers and not Indiana coal miners.

“Text your utility company right now and ask them where they get their coal source from,” he said. “Most of them source low-sulfur coal from Wyoming. Utility and public proceedings are stating so, they told us as much, and it’s cheaper down there.”

He said Indiana is in the top five as far as the electricity that’s produced by coal.

“[Coal] is not exactly like this orphan that just needs to get out of the way,” Borders said. “I mean, the fact of it is, it’s still the majority driver of our electricity.”

Borders said he thinks it would be foolish to treat coal as something whose day has come and gone because it is still a major source of our electricity in Indiana.

“This bill is basically saying, ‘Hey, we realize you’re still a big player at the table,’” he said. “’We realize that you are still the primary reason that not only Hoosiers but people throughout the United States still have affordable electricity.’”

Jesse Kharbanda, executive director of the Hoosier Environmental Council, issued a statement after the vote saying the HB 1414 “is based on the inaccurate assumption that Indiana cannot thrive, in terms of reliability and cost, if it rapidly diversifies away coal-electric power.  The facts are that four fellow conservative, historically fossil fuel-dominated states (Iowa, Kansas, North Dakota, and Oklahoma) are thriving with 30% plus renewable energy, lower electricity prices than Indiana, and reliable electricity.”

Haley Carney is a reporter with TheStatehouseFile.com, a news website powered by Franklin College journalism students.