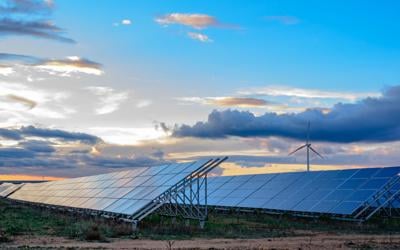 Members of the state legislature are at the Indiana Statehouse to begin their yearly session to vote on and amend bills that could become the state’s newest laws.

For the fourth year in a row, Sen. Lonnie Randolph introduced a bill that proposed the State of Indiana produce the funds to help East Chicago schools pay off a loan it received from the state to relocate students during the city’s lead crisis.

Since the 1980s, state and federal agencies have found evidence of lead contamination in residential areas surround the USS Lead Superfund site. In 2016, just weeks before the start of the new school year, officials from the School City of East Chicago announced it would close Carrie Gosch Elementary after U.S. Environmental Protection Agency officials found parts of the property were contaminated with lead.

The $3 million emergency loan was used to renovate classrooms and bathrooms at an abandoned middle school to convert it into the new, uncontaminated Carrie Gosch Elementary.

This bill would clarify which screening and preapproval powers homeowners associations in Indiana have over the installation of solar energy systems.

Under the bill, HOAs could require homeowners thinking about installing solar power systems to provide more information about those systems before installation. The bill would also delineate HOAs more power to prohibit installation or require system removal under certain circumstances, including if “a court” found the solar energy system threatens public health or safety or “violates a law.”

If stipulations in the law are met, HOAs would not be allowed to prohibit the installation of solar power systems.

This bill would establish a state forest commission that would be tasked with making up a 100-year plan for the management of the state’s forests.

Senate Bill No. 73 could eliminate the option for concerned Hoosiers to anonymously report potential environmental violations to the Indiana Department of Environmental Management.

Currently, IDEM gives users the option to omit personal information like name, address and other contact information when submitting a tip online, over the phone and by mail. That would change if the bill is passed.

The bill would force IDEM to program their site to not allow the submission of a report to the department unless the name and address form fields are filled in, and allow IDEM to reveal the reporting person’s name and address to the subjects of the complaint.

The bill would also allow the study committee to investigate the possibility of making the Indiana Invasives Initiative a state agency.

Retiring State Sen. Mark Stoops introduced a bill that would set declare 13 areas inside state forests “designated wild areas,” or protected areas where logging, herbicide use, vehicle use and energy development and other disturbances are prohibited.

The text of bills introduced during the legislative session often changes, and more bills will be introduced. We'll keep you up to date.